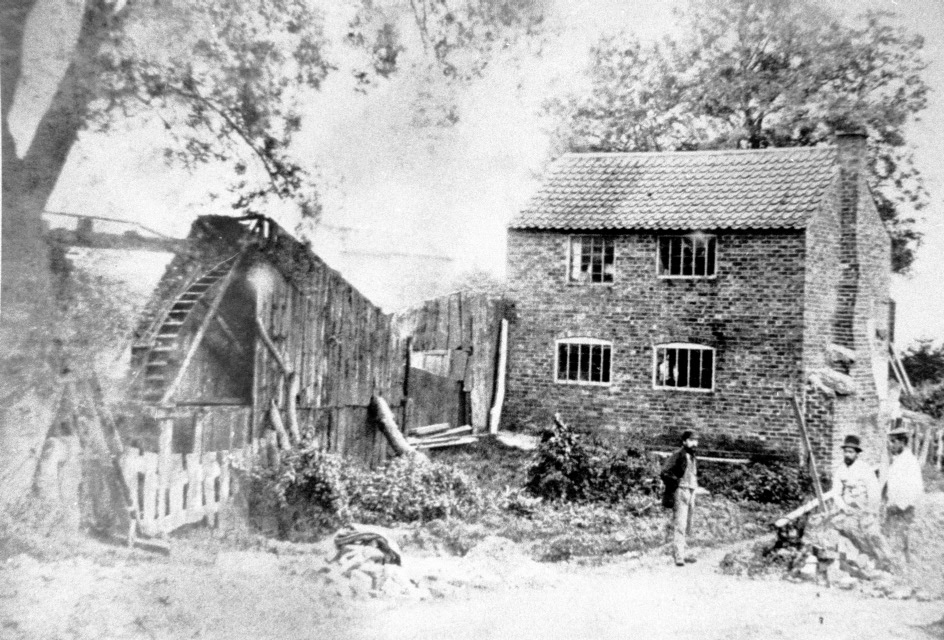 He moved to Caistor in 1843, when in his early 20’s, he set up his own workshop in Fountain (Duck) Street.
This is a rare image of a Windsor chair making workshop. This workshop has always been attributed to Shirley and Bernard Cotton tells us it is in Fountain Street. Its actually location was in Cromwell View (Boggs Lane) and is shown as the Albion Works on early maps. I am sure where the evidence is from that shows it belonged to Shirley and not one of the other Chair makers / turners. What period could the building be dated to?

The water was channelled along a wooden aquaduct to drive an overshot wheel, which in turn, was probably coupled to the machinery used in the chair making works. 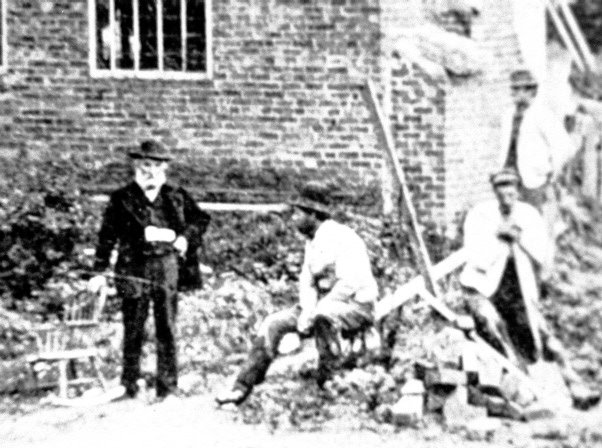 “The deeds relating to the property of Mrs Susan Lawrence in 1818 [L.A.O. Misc Dep. 587] included Bog or Mill Close then occupied by John Day, Next to it was ‘a little piece whereon a mill used to be, now taken into Bog Close’.” David Saunders, More Portraits of Caistor p. 103

At no time does a large workforce seem to have been employed, and in 1861, Shirley employed 2 men and 3 boys, and in 1881, just 3 men were employed and one apprentice. 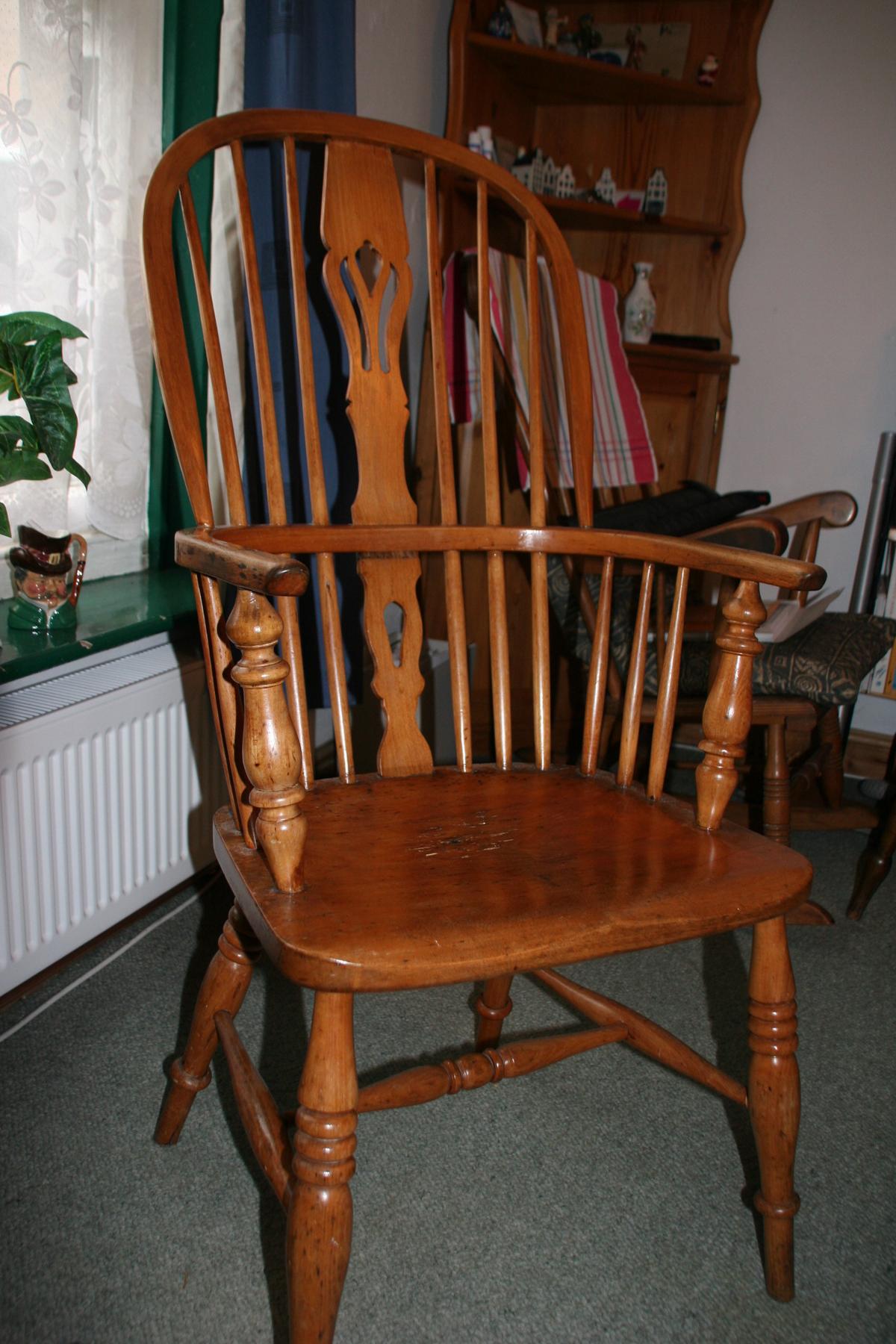 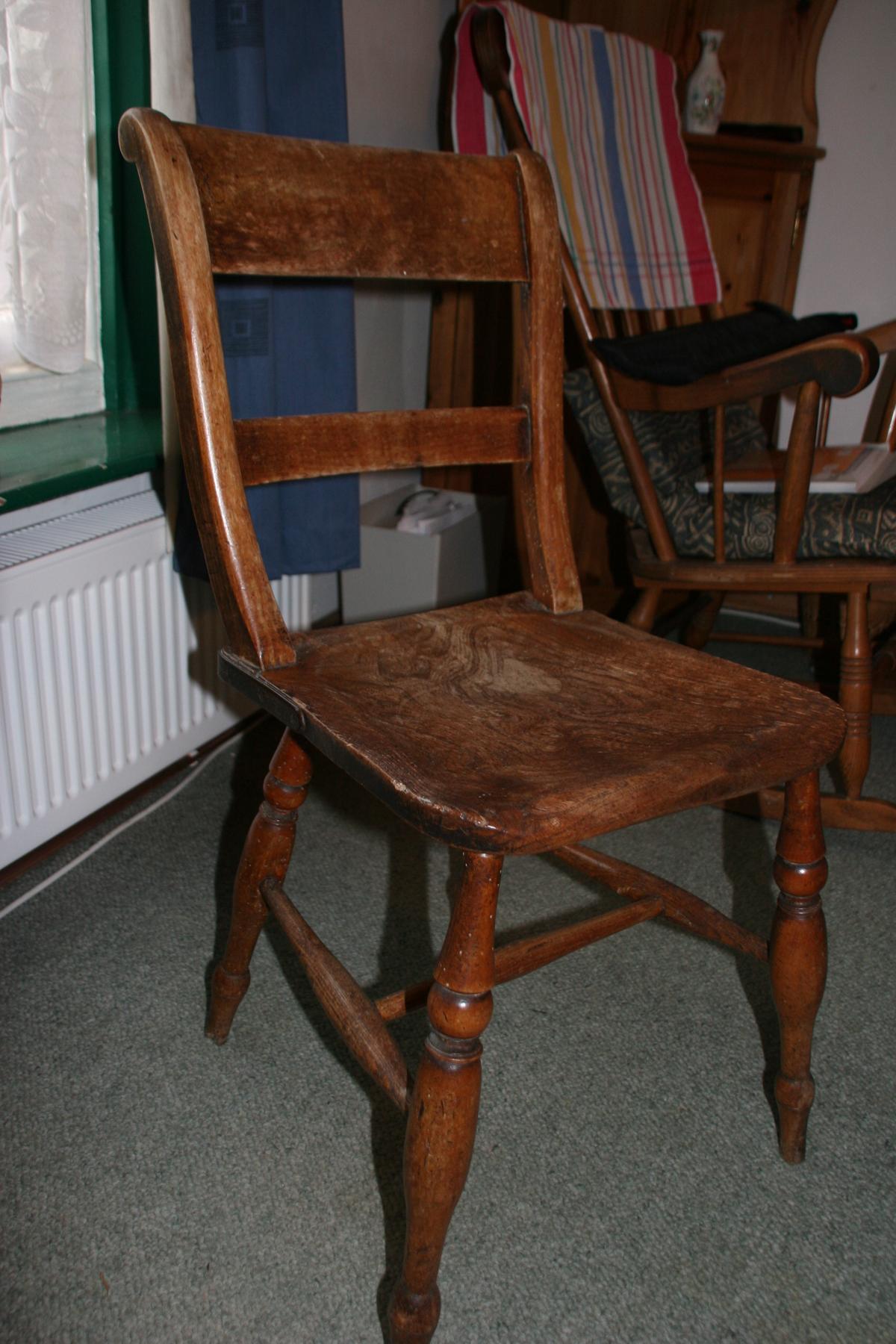 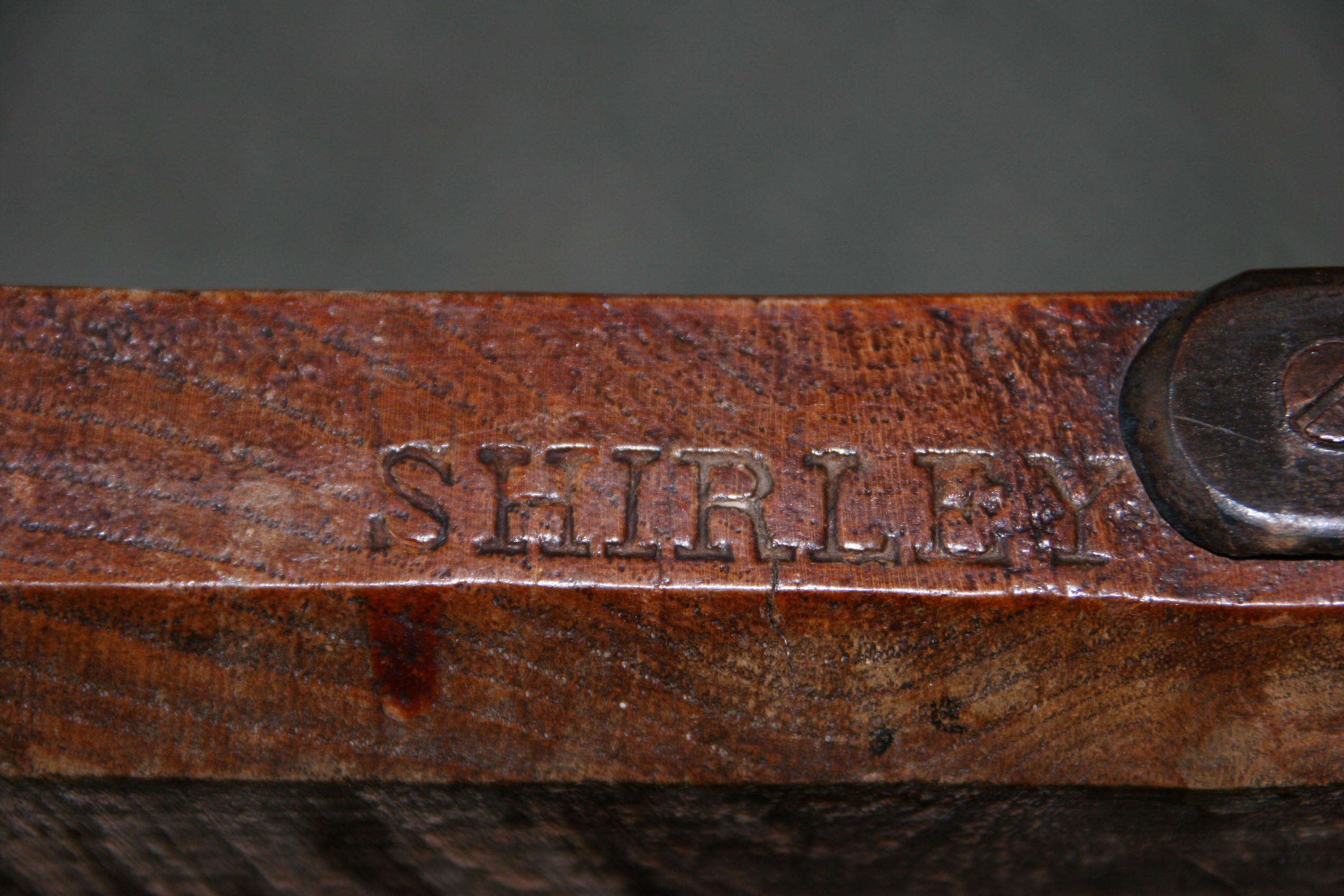 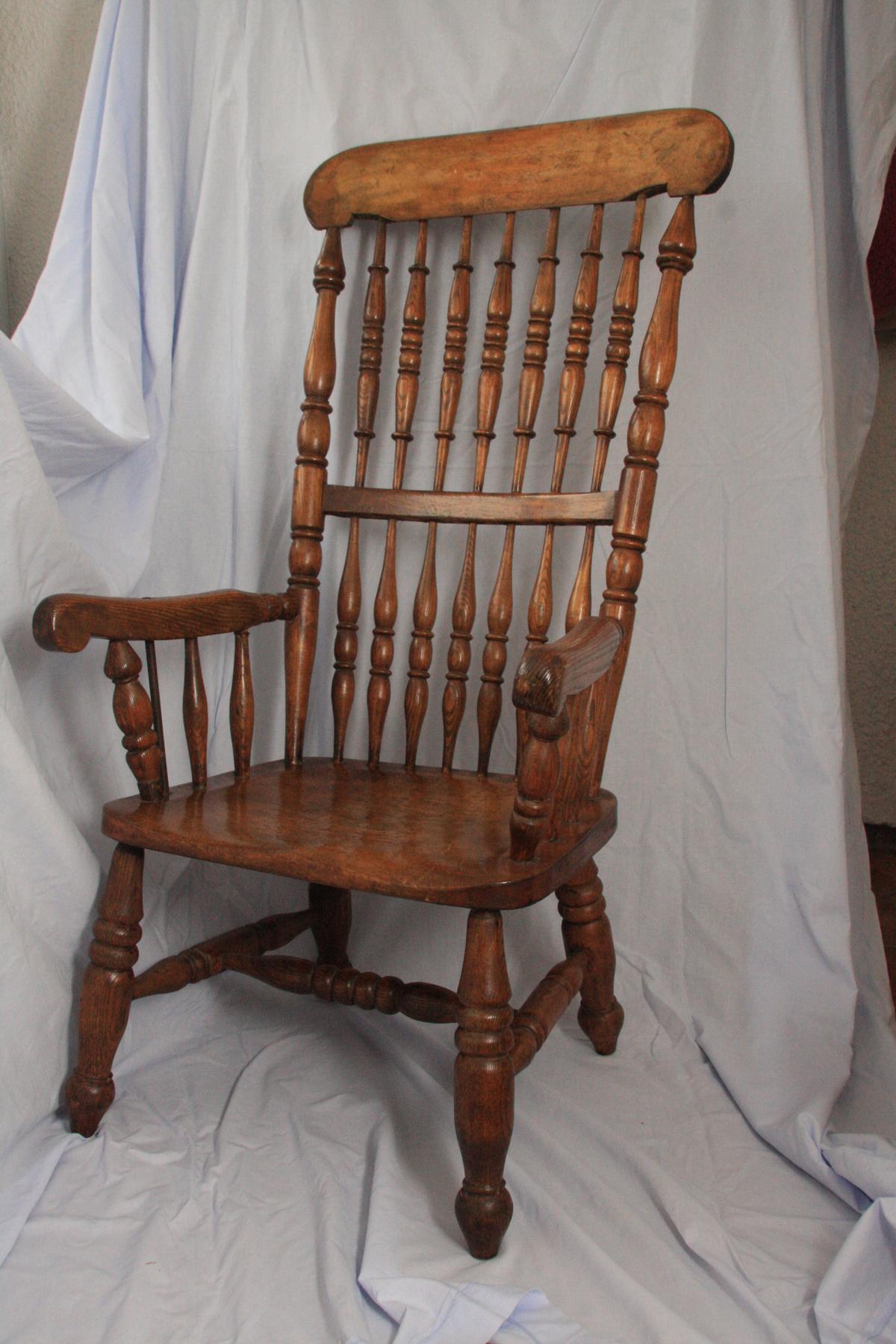 s father William Todd, who worked in the High Street in St Botolphs in the city of Lincoln between 1805 and 1822. John Todd worked there too, until sometime before his father’s death when he moved to Caistor to set up business as Chair Maker, general turner and coppice worker, in the Horse Market … Although Todd is not recorded as a chair maker in a trade directory until 1826, a surviving invoice issued by him in 1825 shows that in addition to selling ‘half a dozen of chairs’ for £1. 16. 0d in May 1825, he turned his hand to making other items, probably utilising coppiced ash, since in July he supplied four swathe (hay) rakes) for £1.8s.0d to the same buyer, Mr. Dixon.

Only one chair firmly provenanced to this maker has so far been recorded (1988). This is a comb back Windsor chair variety of small dimensions, which has swan a two part arm form, where the two sections are joined at the rear with a most unusual method of tenoning. This chair, again atypically within this regional tradition, is decoratively painted and varnished to resemble the jappanned finish so fashionable in the early C19th, and the comb rail is ‘lined out’ with gold paint. Similarly the ring turnings on the legs are also embellished in this way.

This remarkable chair is faintly stamped towards the rear underside of the seat ‘I. Todd Castor 1844’. Although Windsor chair makers from many traditions habitually stamped their chairs with their name, and sometimes the place of manufacture, it is rare to find chairs dated as well, and this may indicate that this example was not a typical design from Todd’s workshop, but was made for himself, or, given its small dimensions, perhaps for his wife or daughter.” Bernard D. Cotton 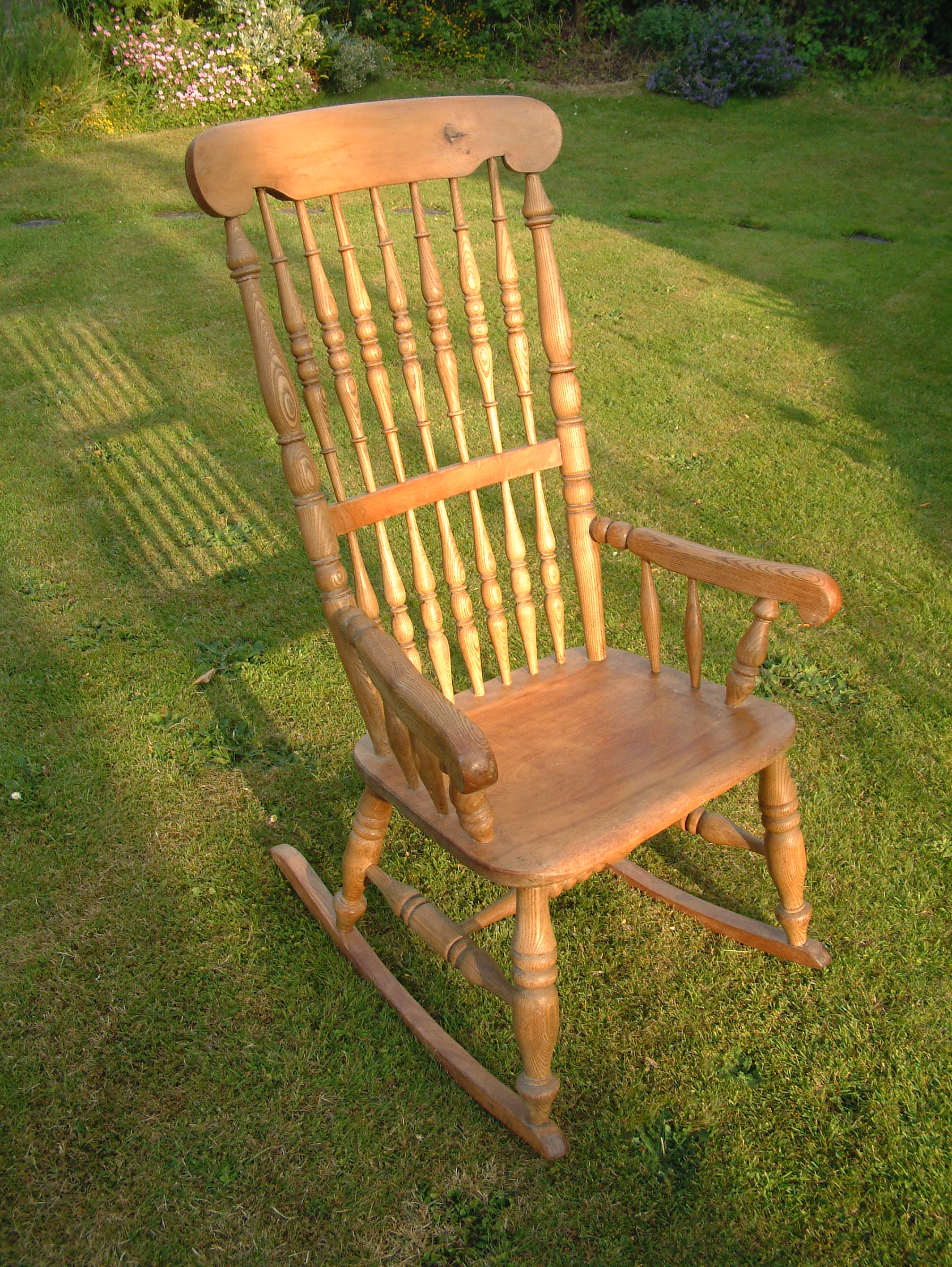 To create a fall on the aquaduct and looking at the fall of the land in the area in which the mill was situated the aquaduct must have been a very long construction. 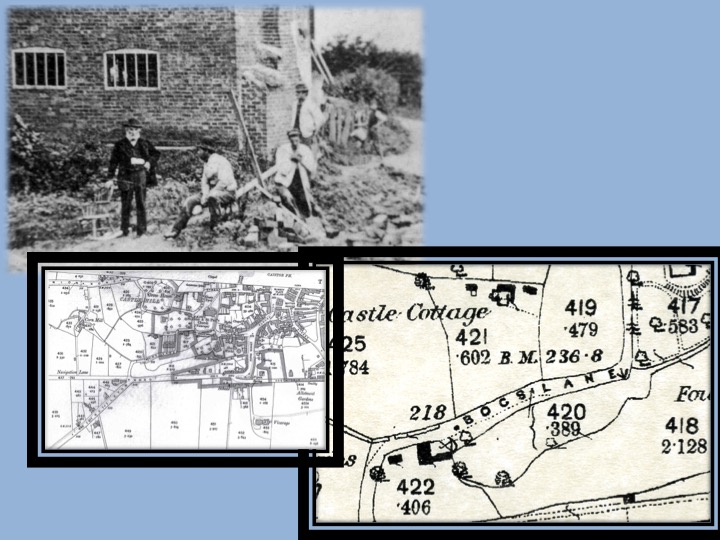 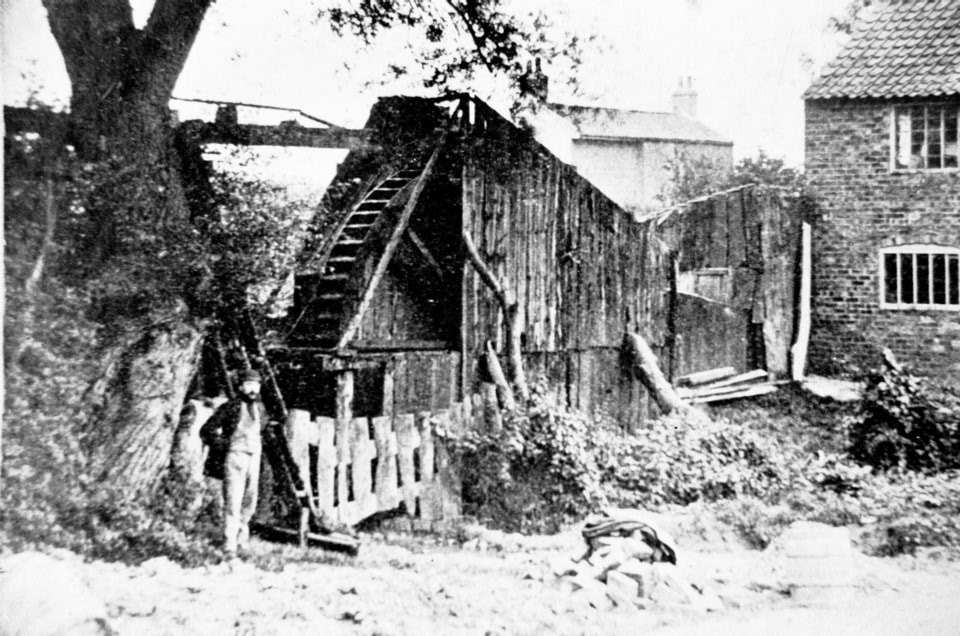 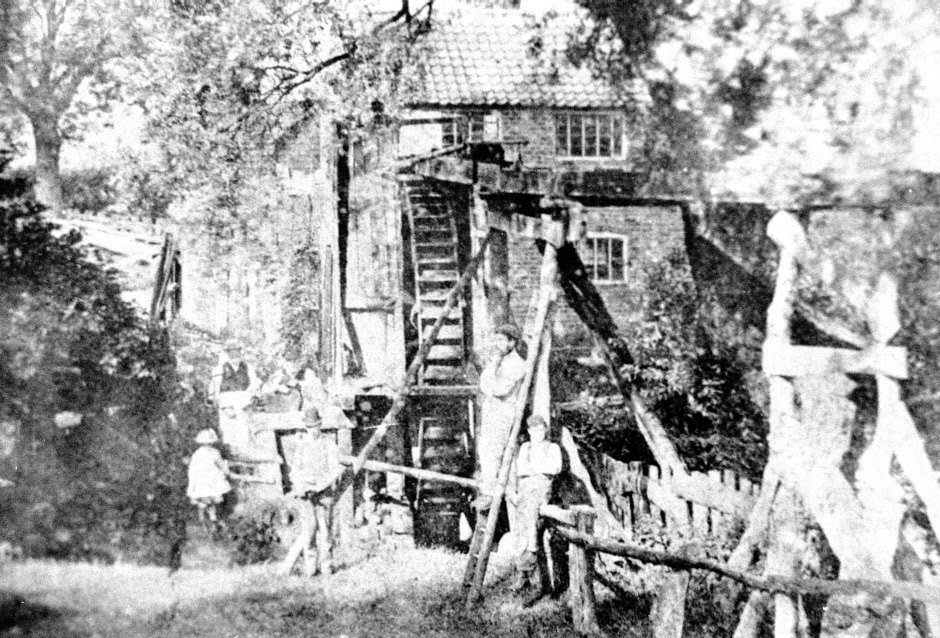