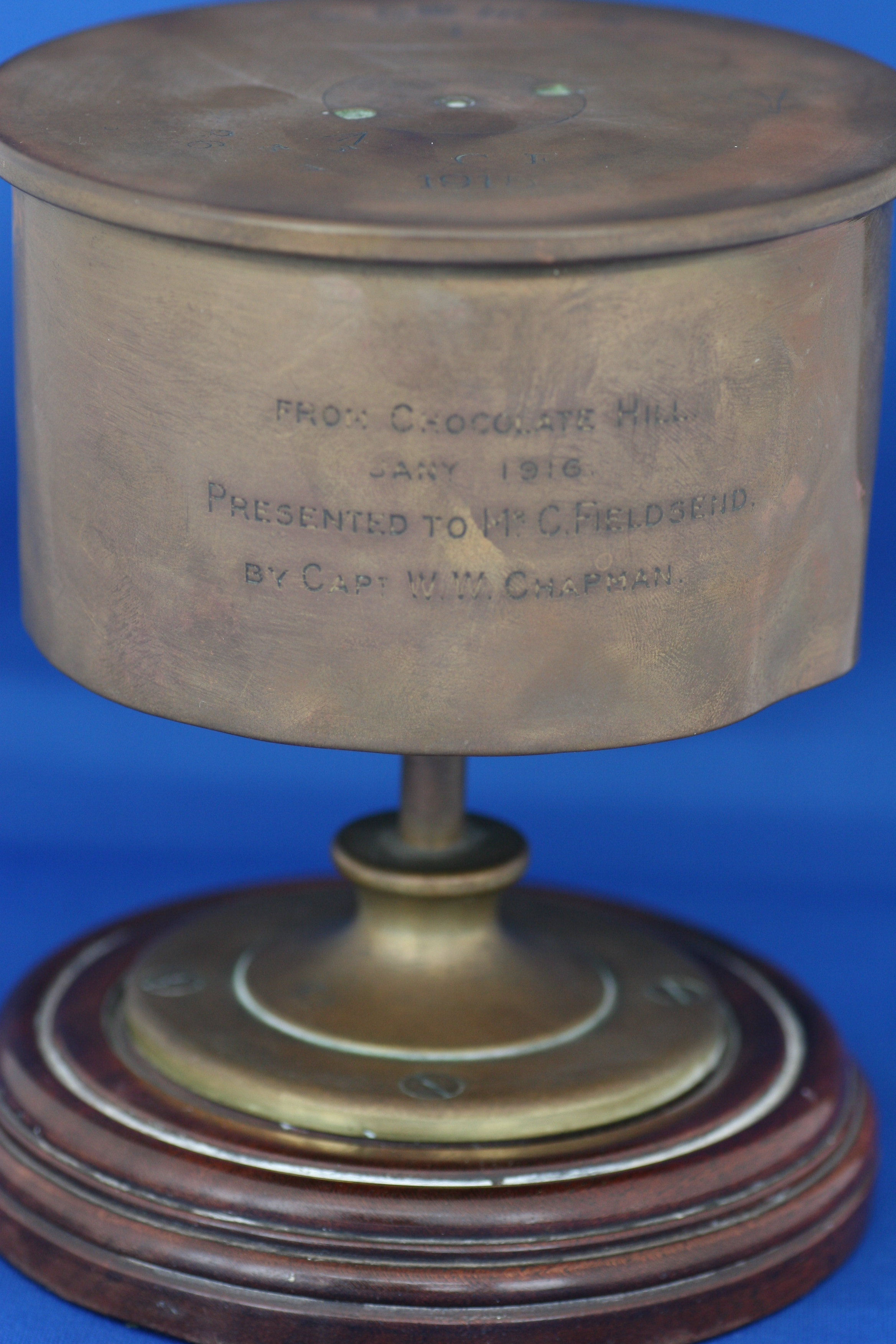 There is much research to do on this First World War trench art. Captain Chapman was a sea captain who retired to Caistor and living in Cleveland House on Nettleton Road. He was an active member of the Town Council and very involved in the building of the war Memorial in the Butter Market.

During the war he can be seen travelling from South America. His ship was sunk at some point.

Mr. Fieldsend seems to have been from New Zealand where he joined up. The troops from New Zealand were brought to Alexandra, Eygpt waiting to fight in the Dardenels. Many of these troops lived on captaured German ships that were in poor condition.

Chocolate Hill wsa the site of a major battle when many lives were lost.

Mr. Fieldsend then fought in France.

I may of found Mr.Fieldsnd after the war travelling from New Zealand and landing at Southampton.

Is this when Captain presented this item to Mr. Fieldsend and why?