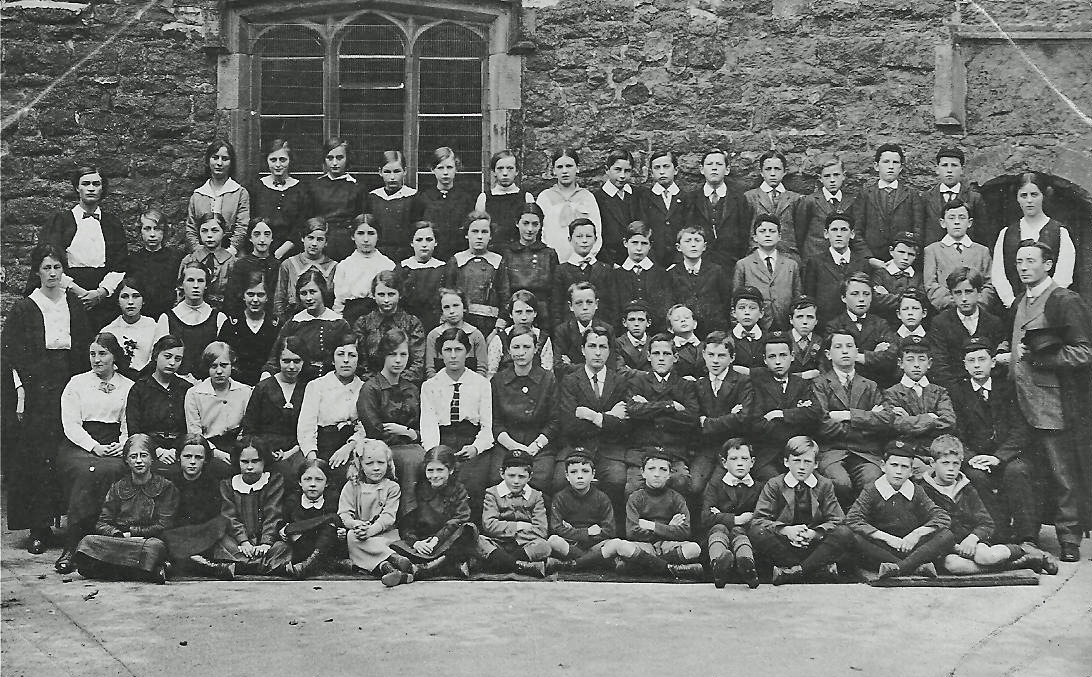 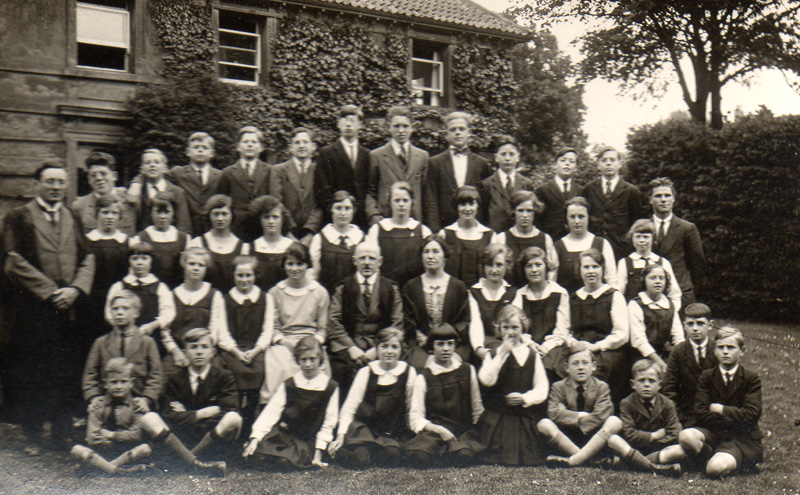 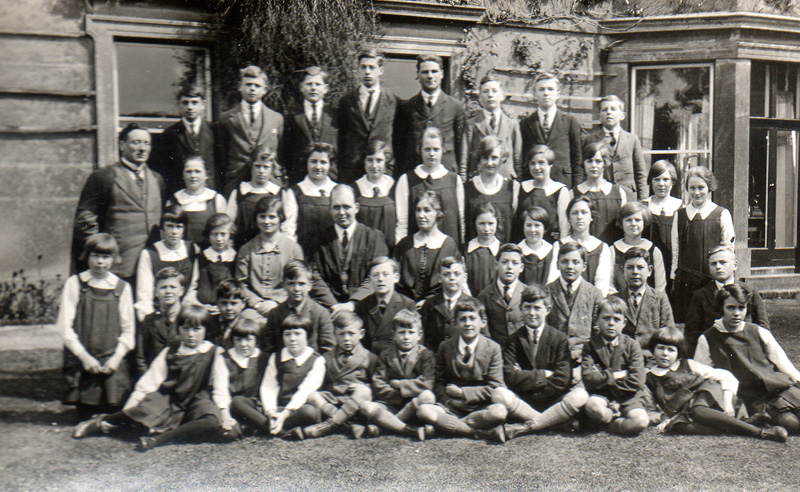 C1930 Group photo in front of the Hall; ‘Pop’ Linsell In centre 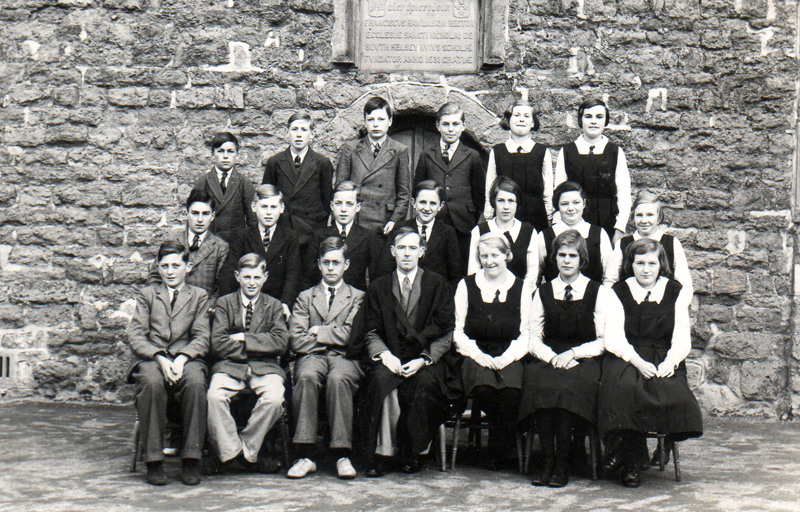 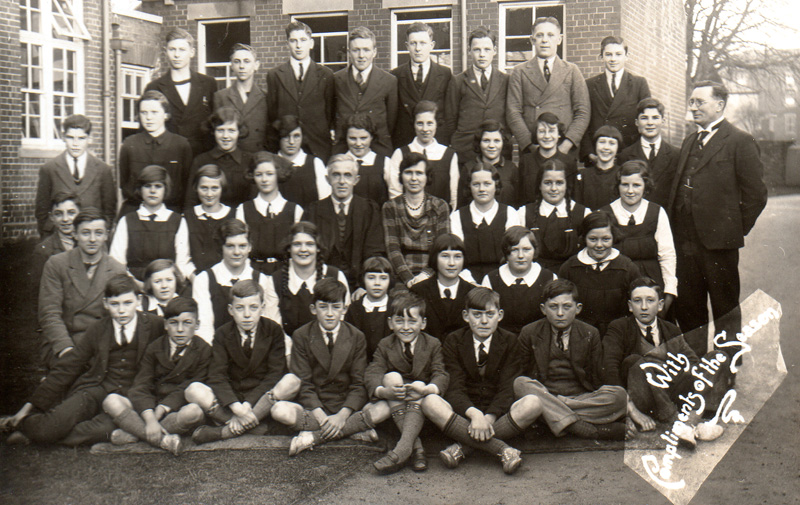 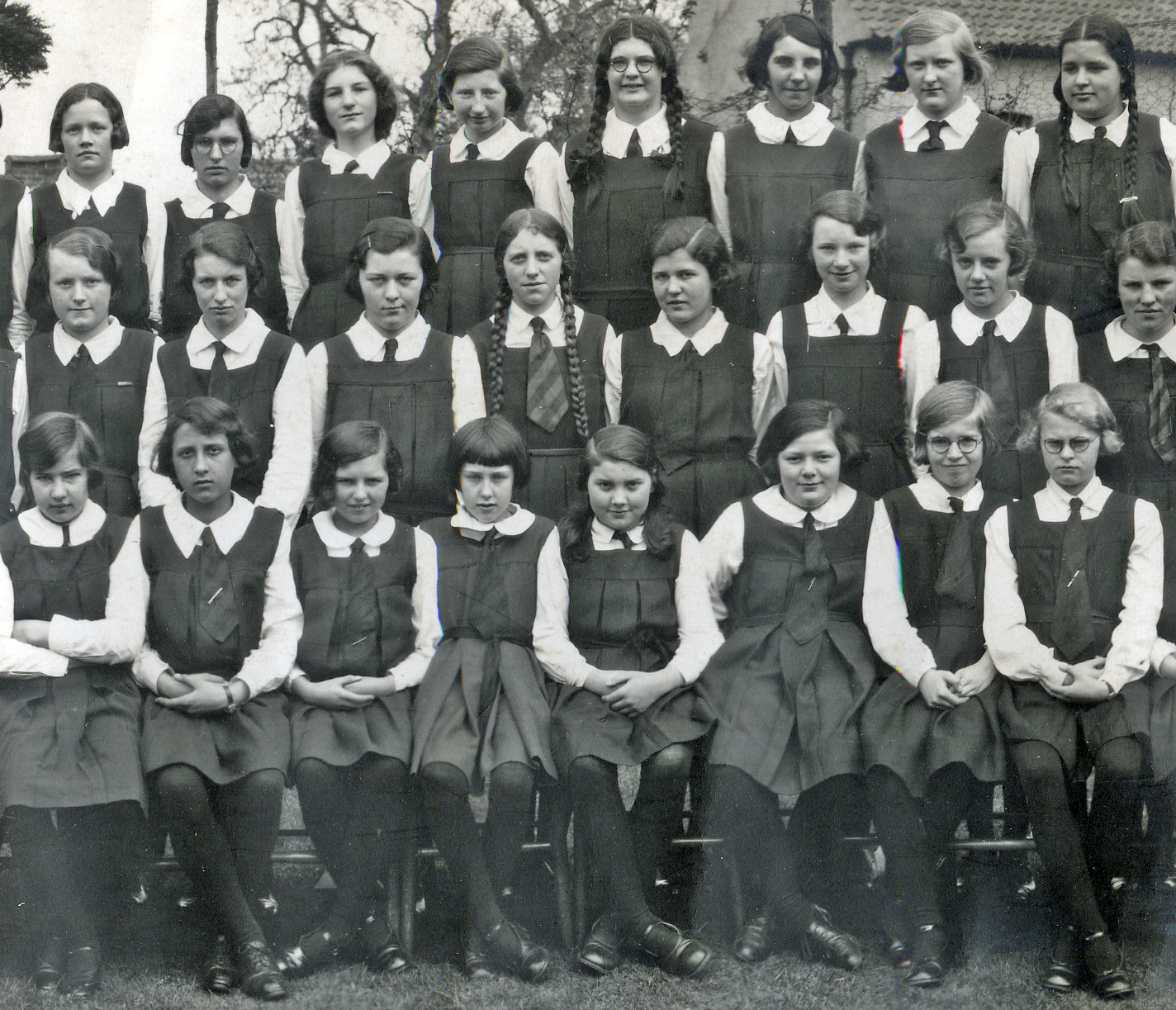 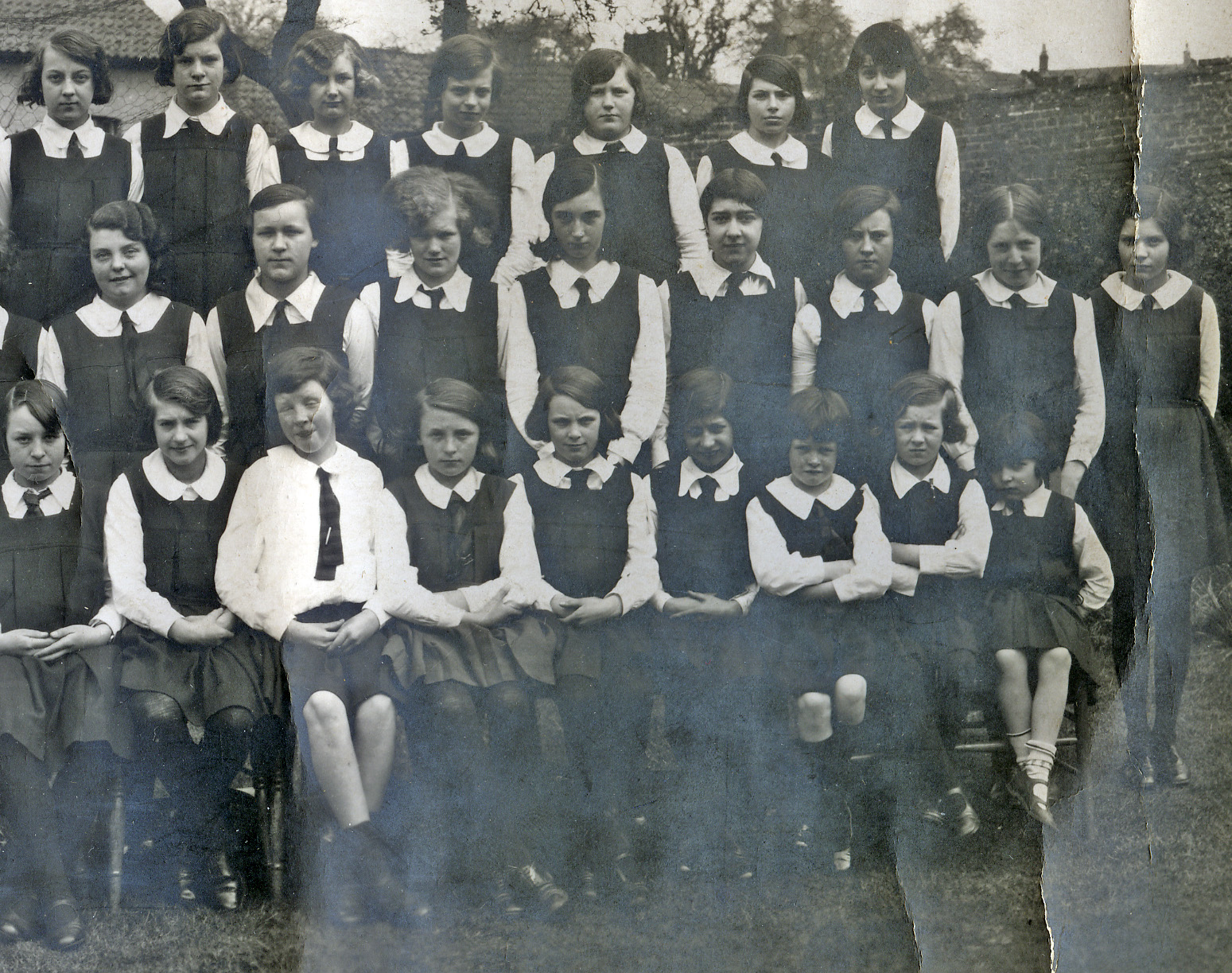 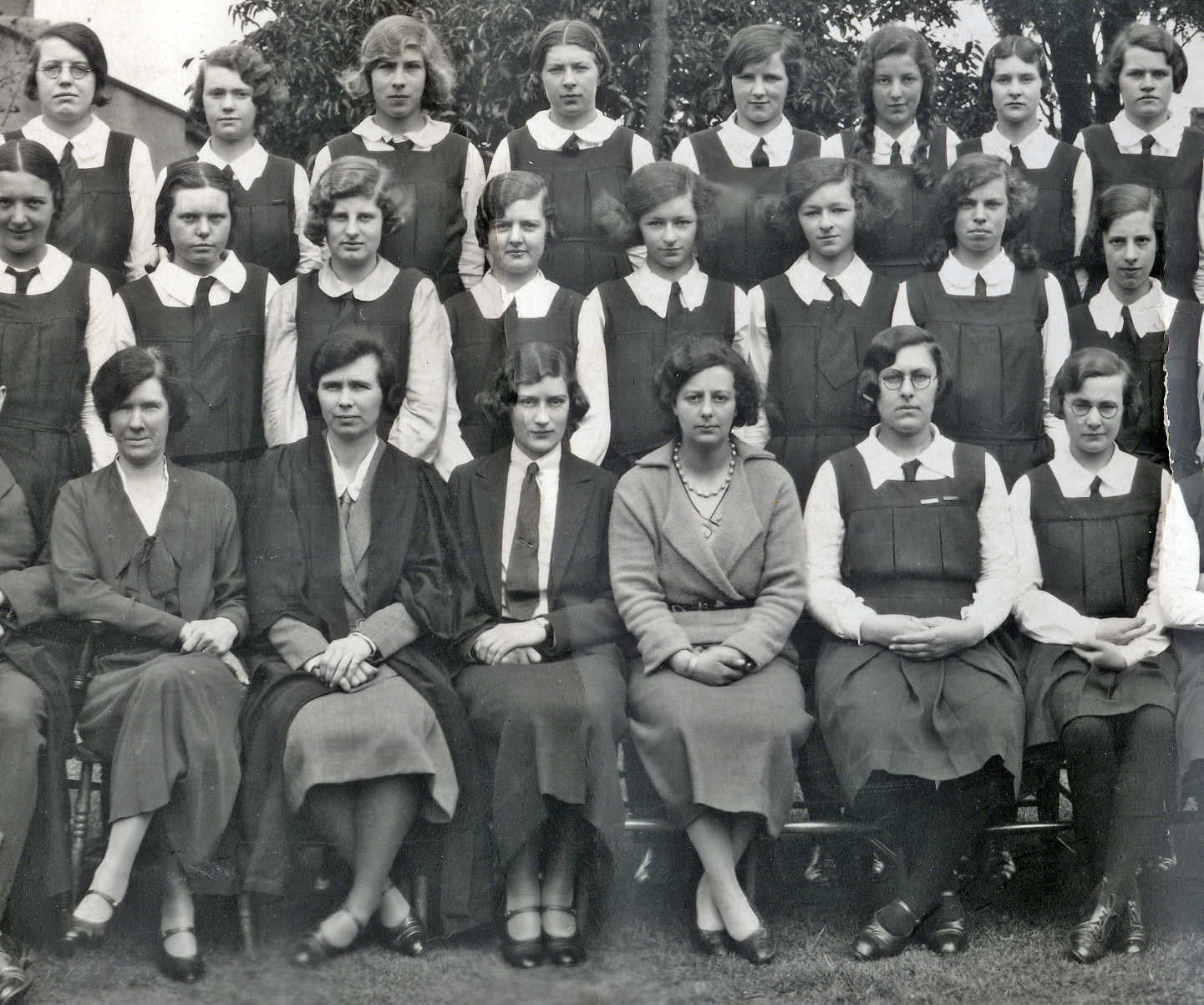 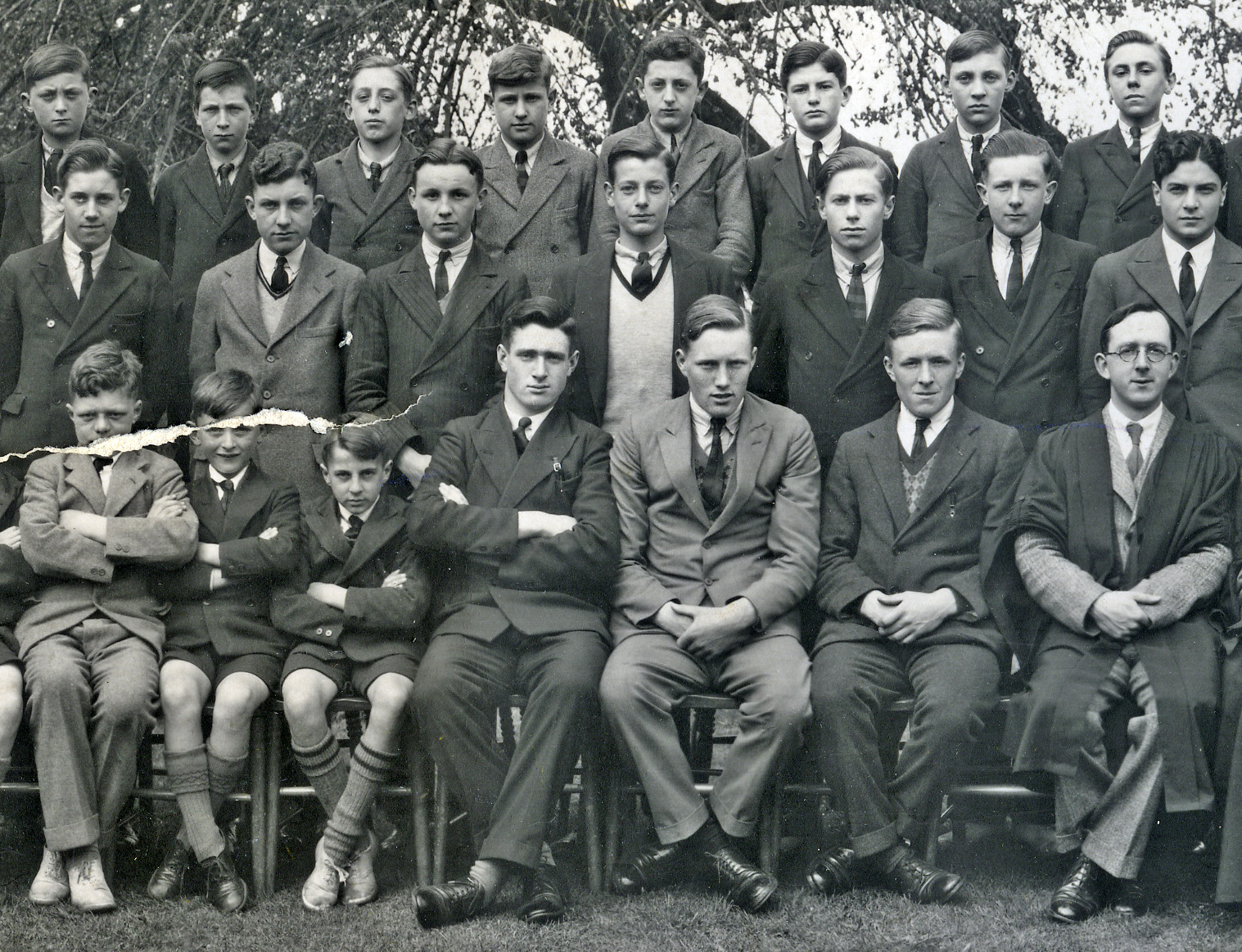 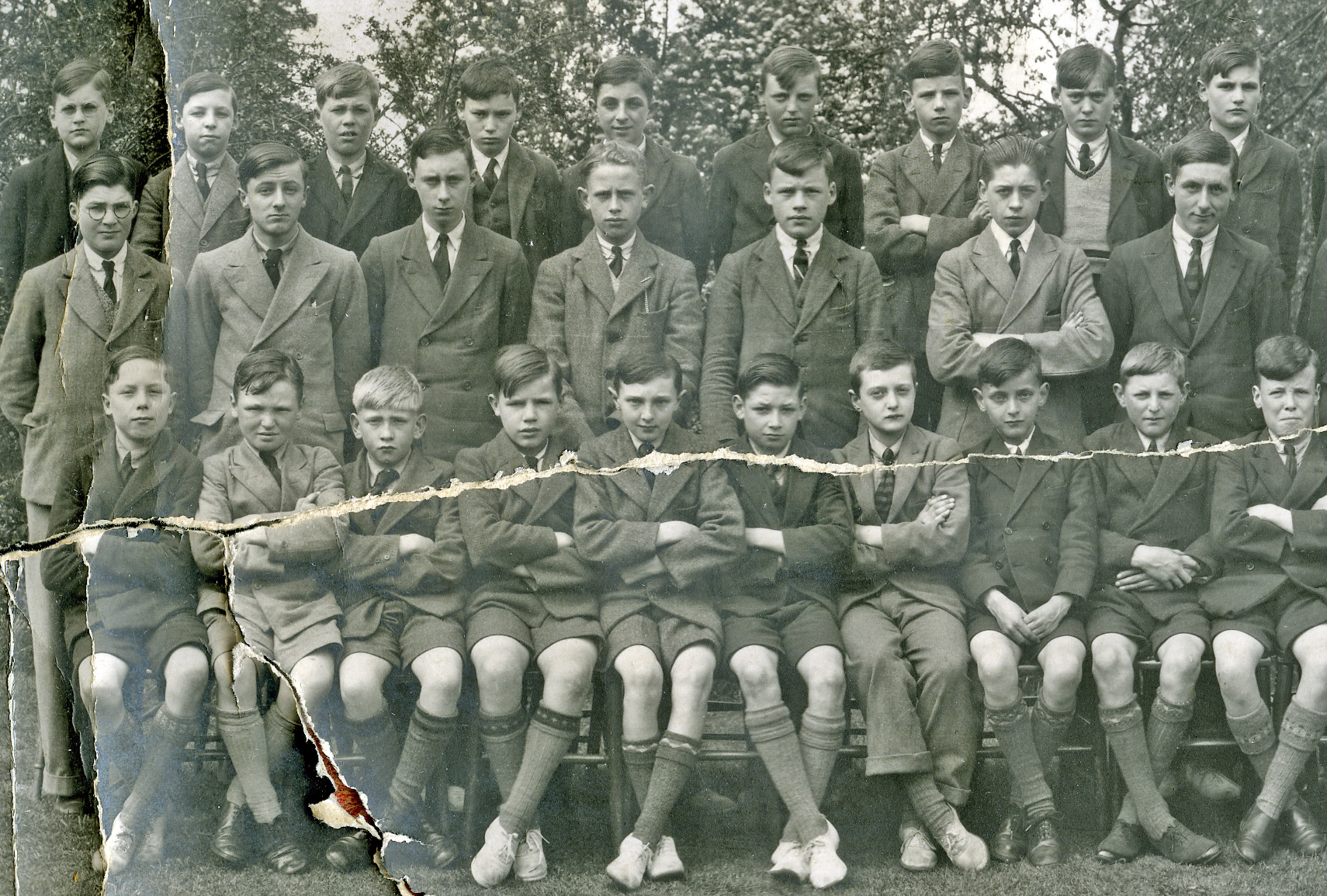 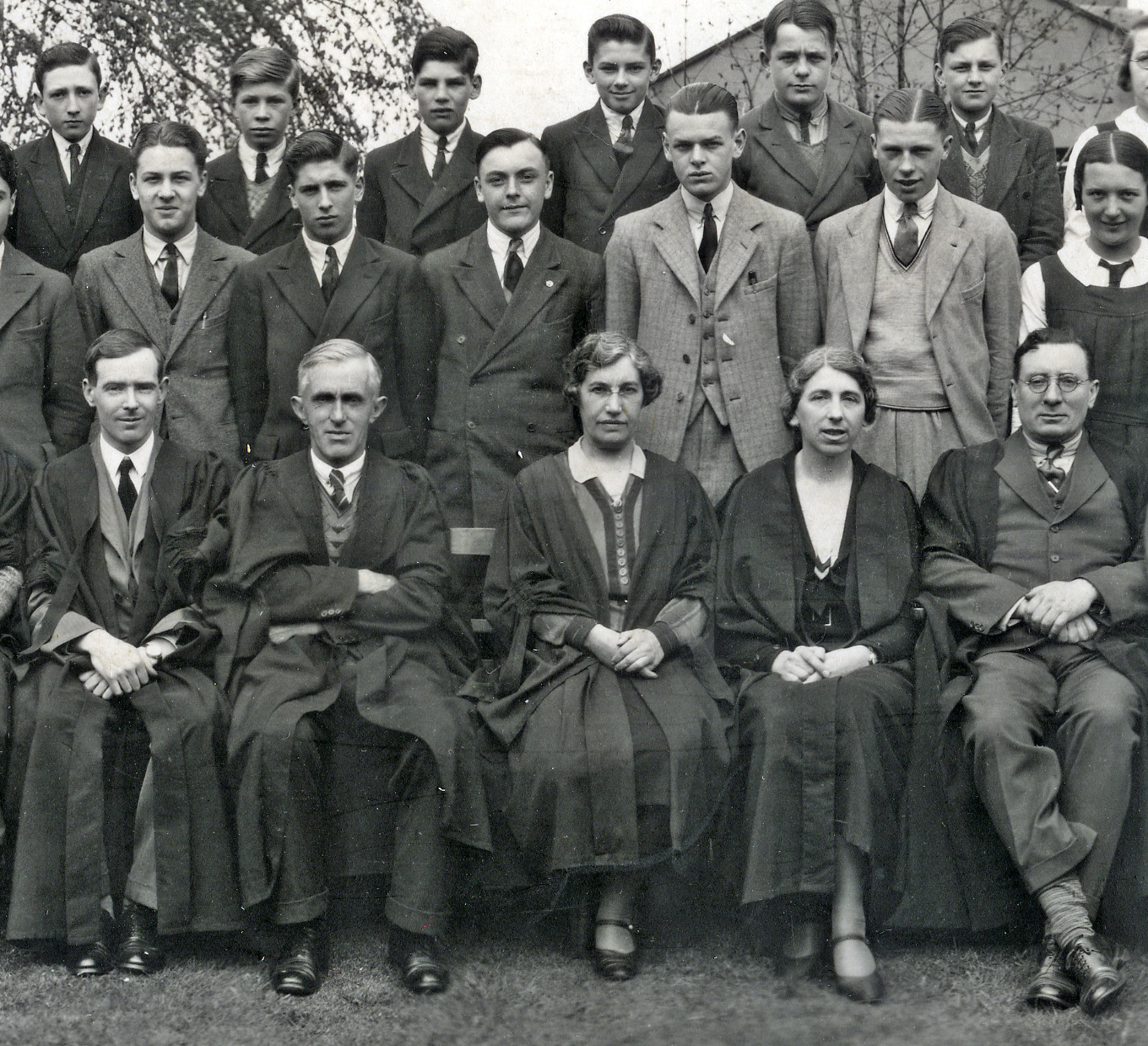 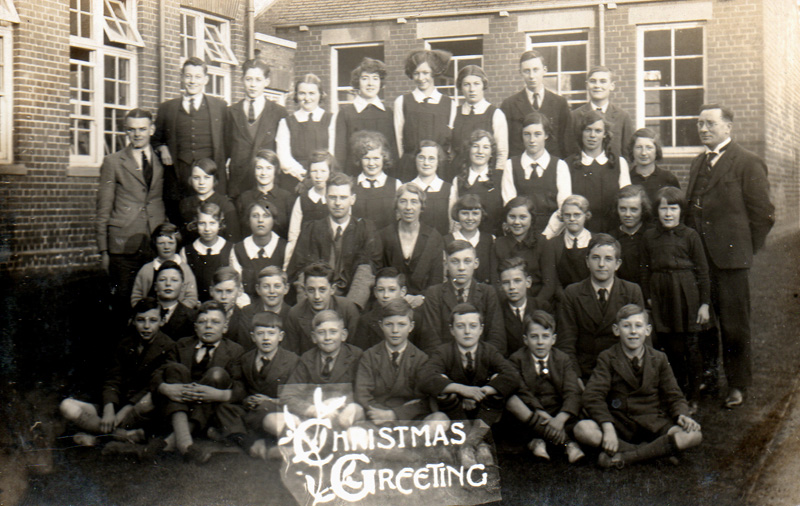 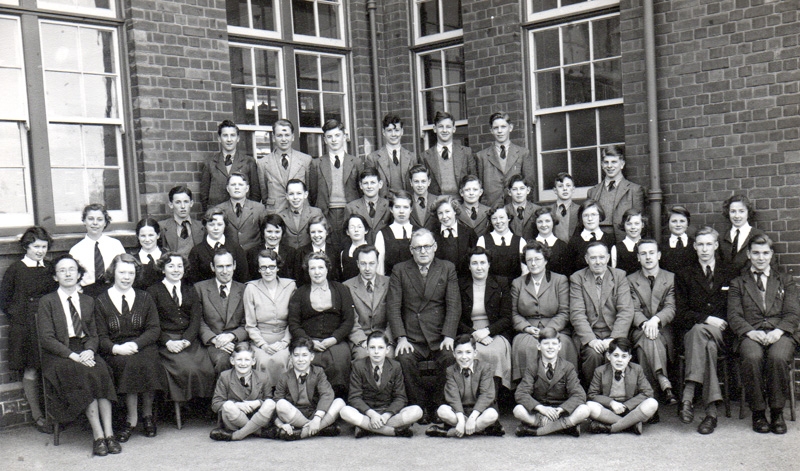 Sue Neave – I think the girl on bottom row 2nd from the right is my Mum in Law – she was Freda Drakes and became Freda Neave – she was born in 1915 so this could have been 1930 ? 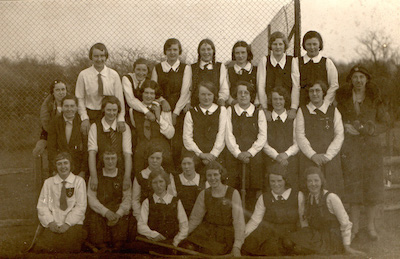 Christine Jackson – I only recognise yourself, Heather Barr and of course Maureen Rands (now Wooldridge). Linda Willisch is also on there! 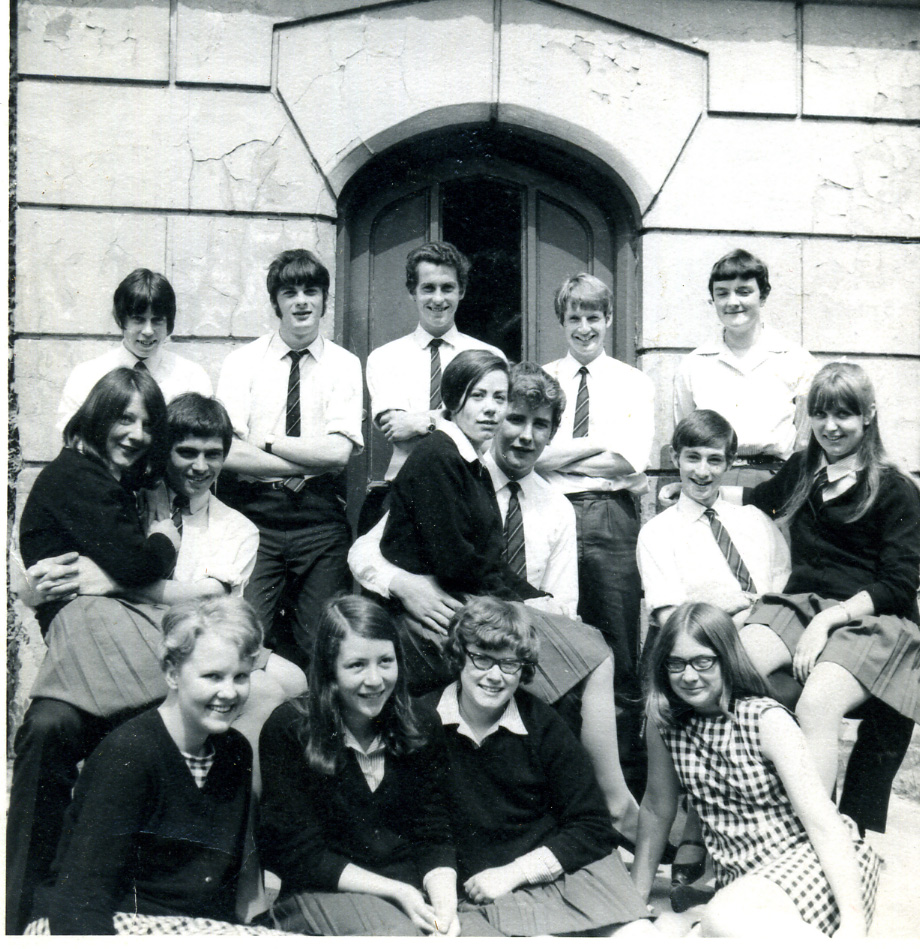