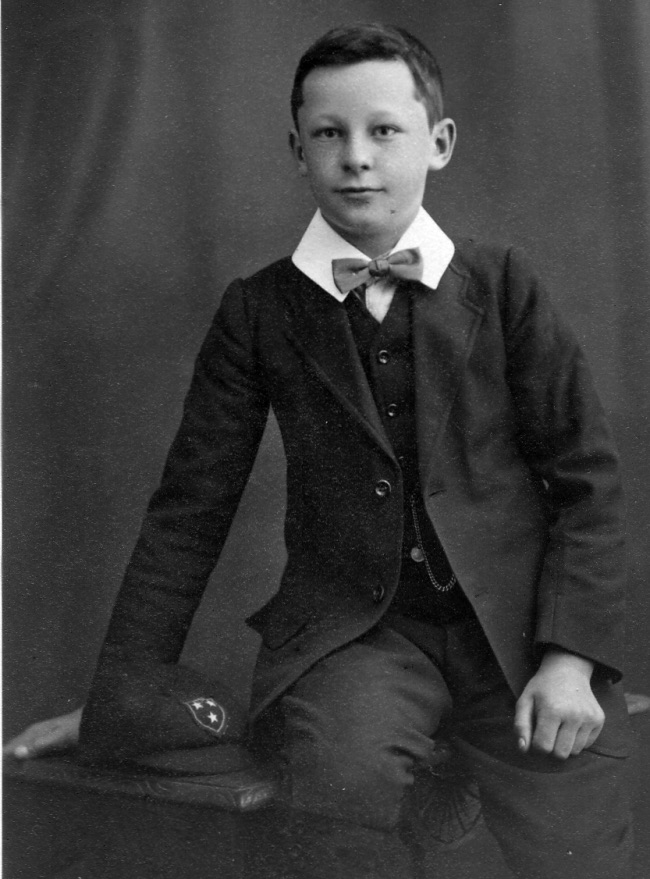 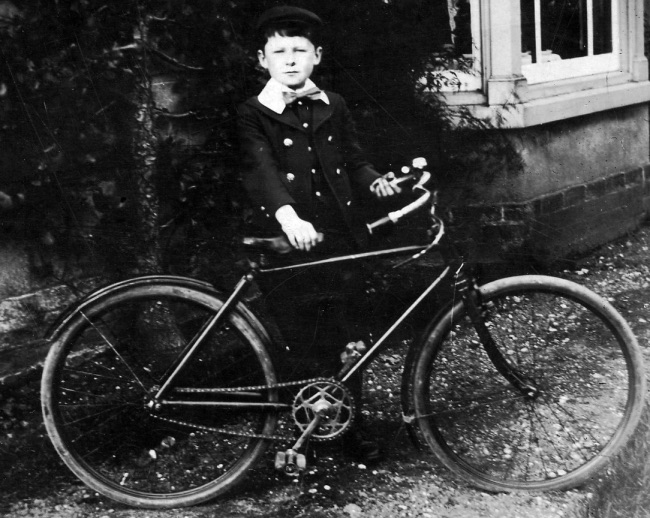 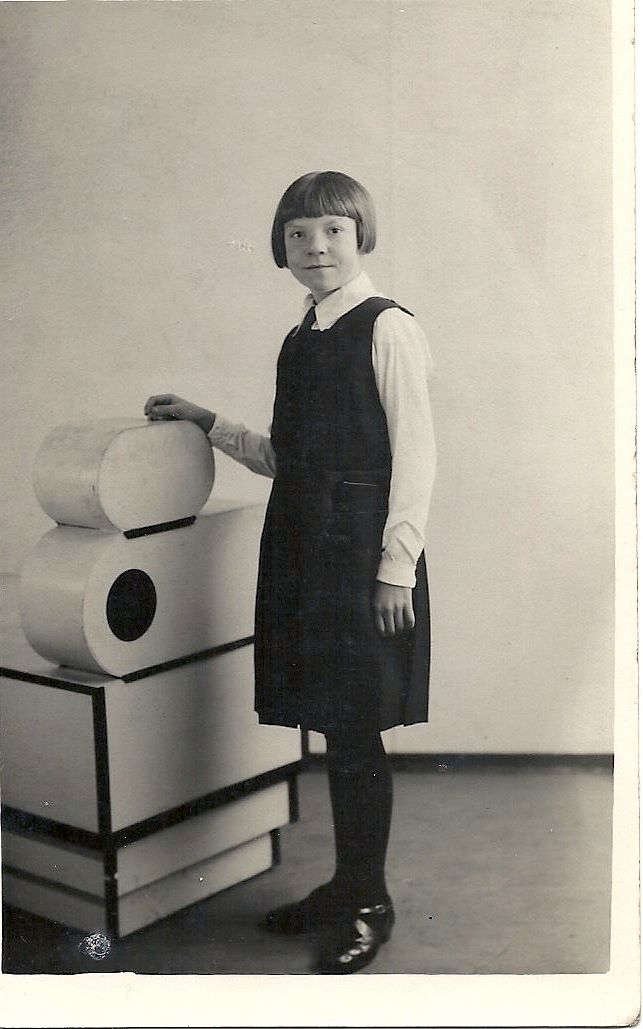 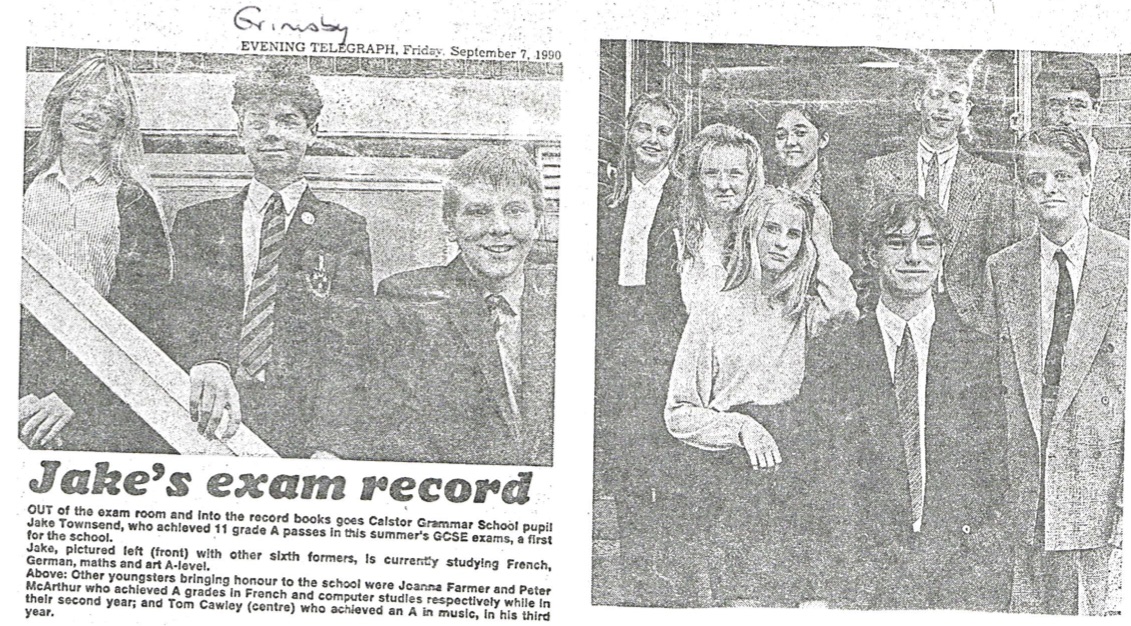 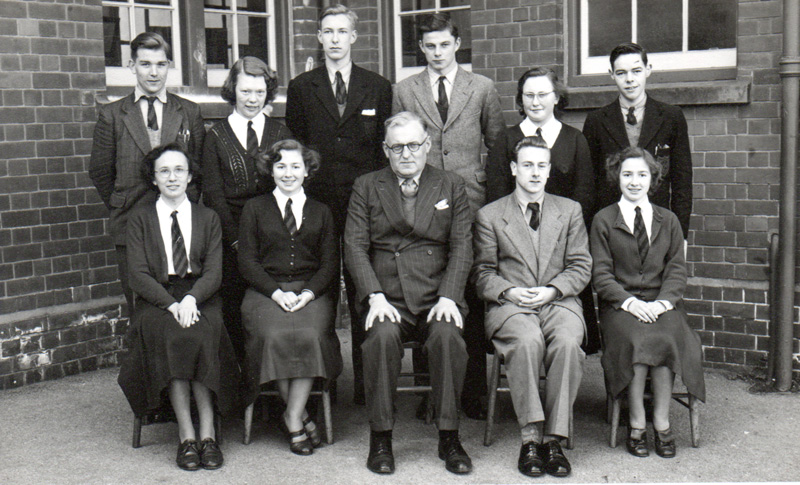 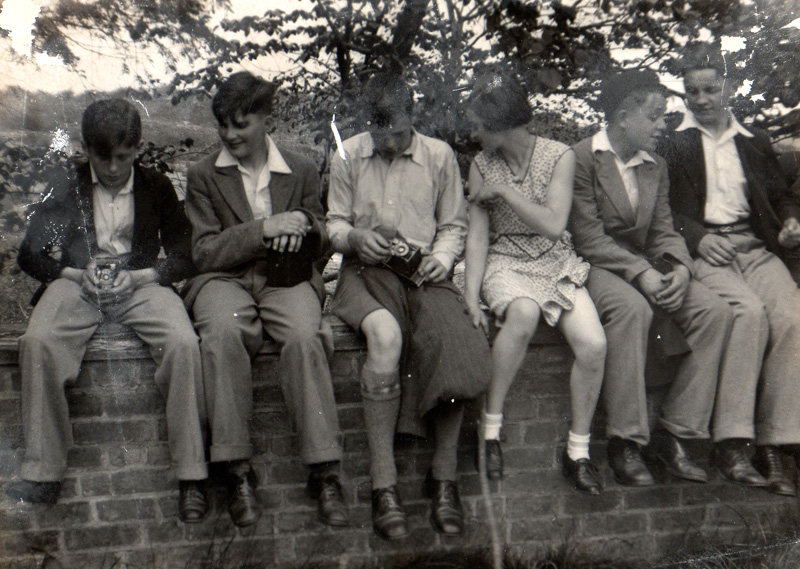 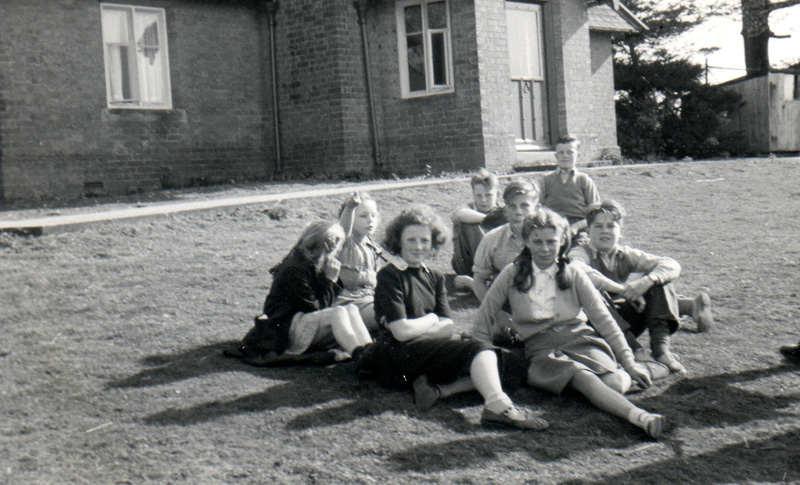 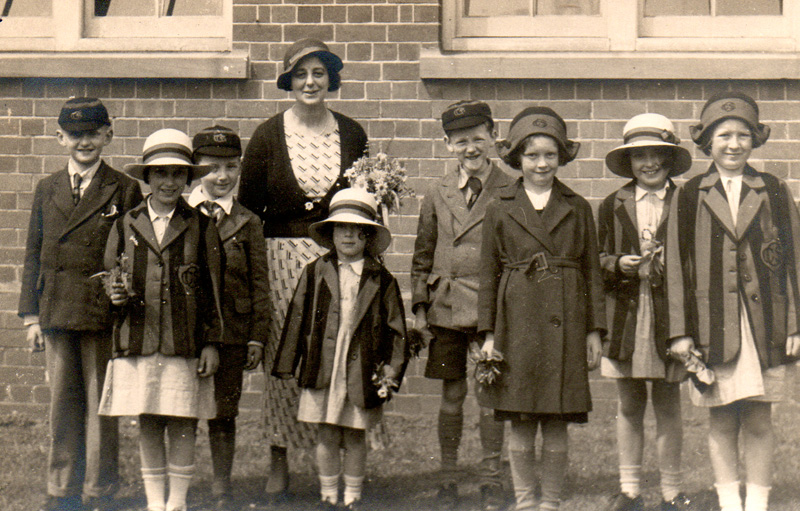 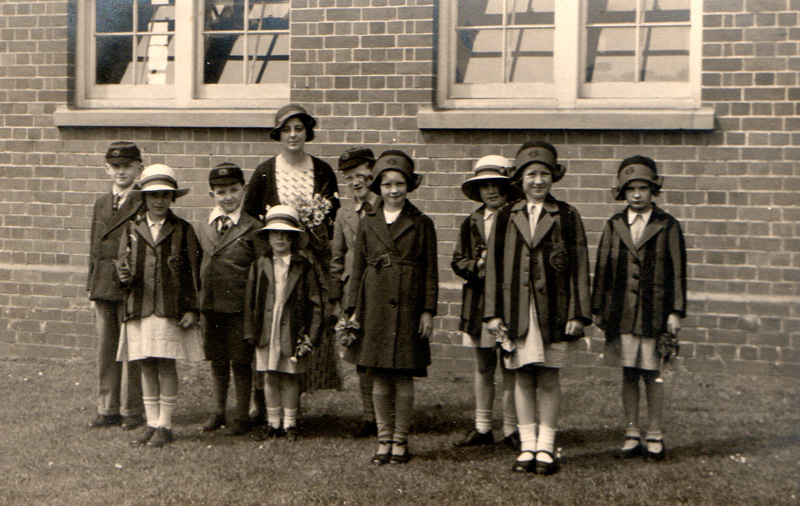 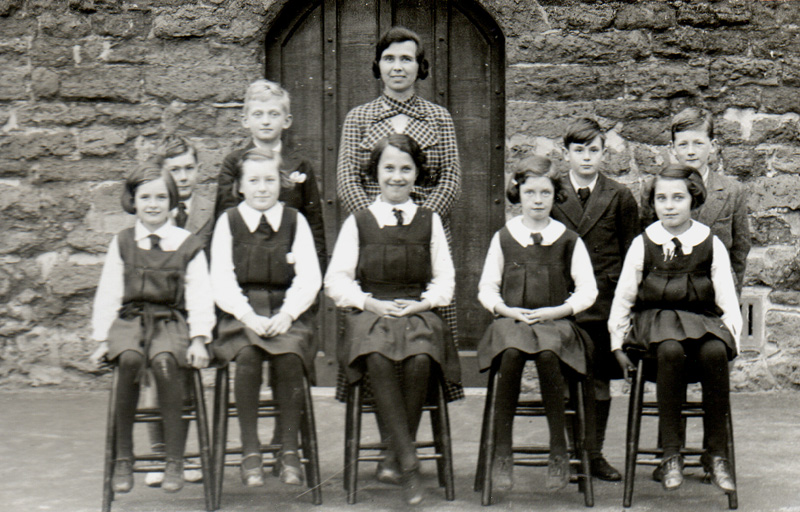 C1930s Group of pupils seated on a stone step (Is this Pelham’s Pillar?); man with cigarette may be a teacher! 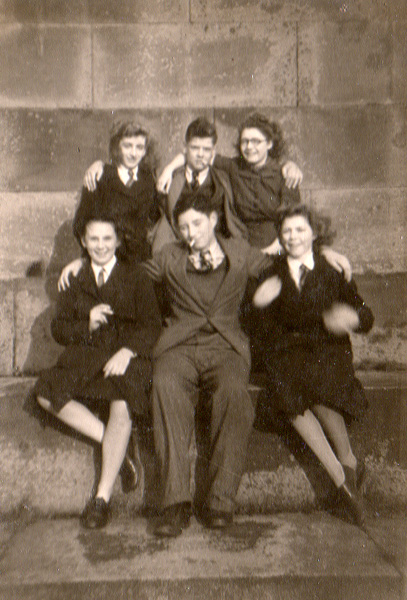 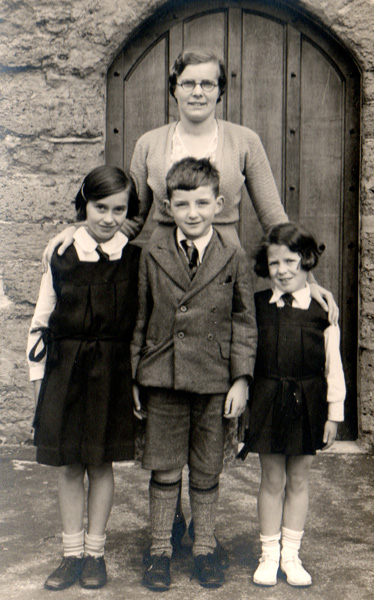 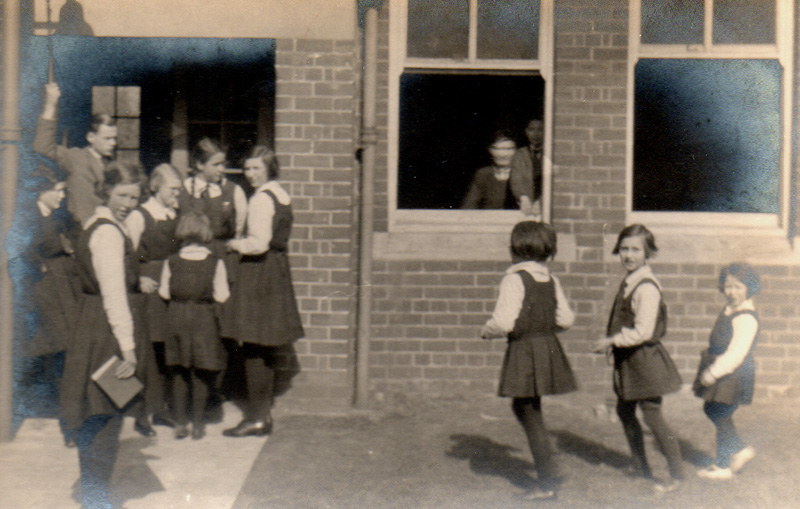 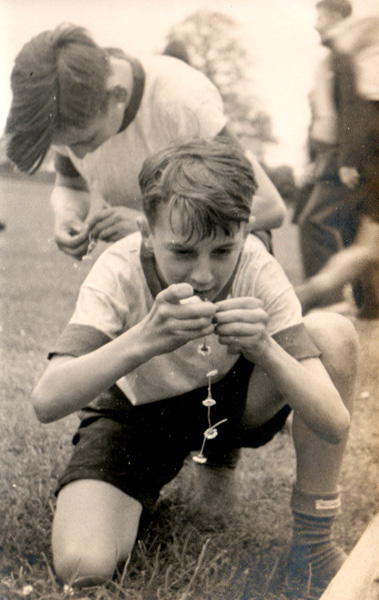 C1930s Girl in long dress (costume for a play?) running out of the school entrance 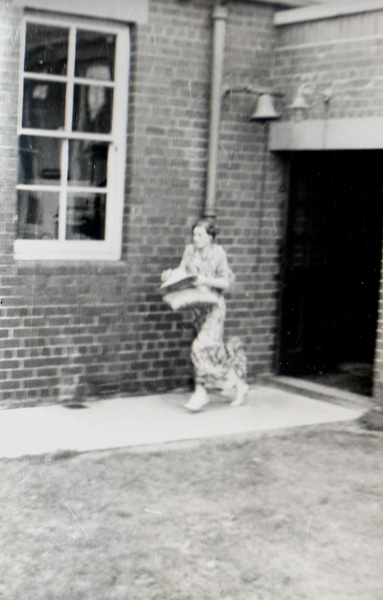 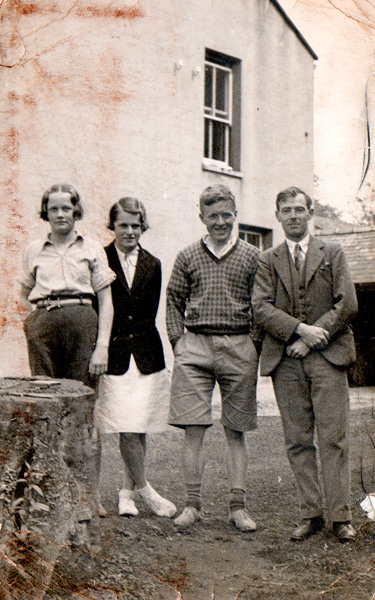