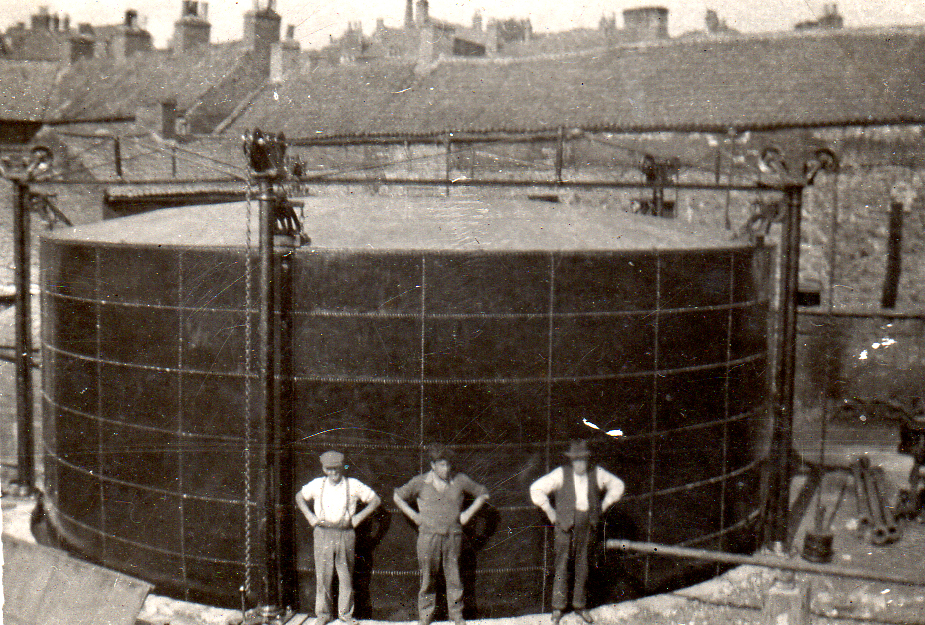 If ever there was a “Superman” it would have to be Roly Walker, He ran the gas works single-handed. Mr. Mairs was the manager but I never saw him with a shovel in his hands. Roly would charge a retort every four hours in winter when a lot of gas was used. He would take the cover off the front of the retort to be charged, rake out the coke and cool it down with water, hence the cloud of steam you would see. next he would shovel ½ a ton of coal into the retort. He had a spare cover with white putty round the edge ready to put into place. By this time sweat would be running off him.

All the street lamps were lit and extinguished by hand. The lighting pole had a brass cylinder on top containing water and carbine for the light. It was quite heavy. Roly would find where all the lights in Caistor were and walk round, five hours later do it again. In pouring rain then you will see he was really “Superman”. Remember this was a seven day a week job.

Any gas leaks had to be stopped. I remember them digging the pavement in front of the Midland Bank and Parker’s shop looking for a leak. None showed on the exposed pipe. Roly lit a piece of rope and walked along. Next thing there was a bang and a manhole cover just out from Bank Lane flew up in the air. The leak was in the centre of Bank Lane.

Roly Walker on top of the Gas Holder 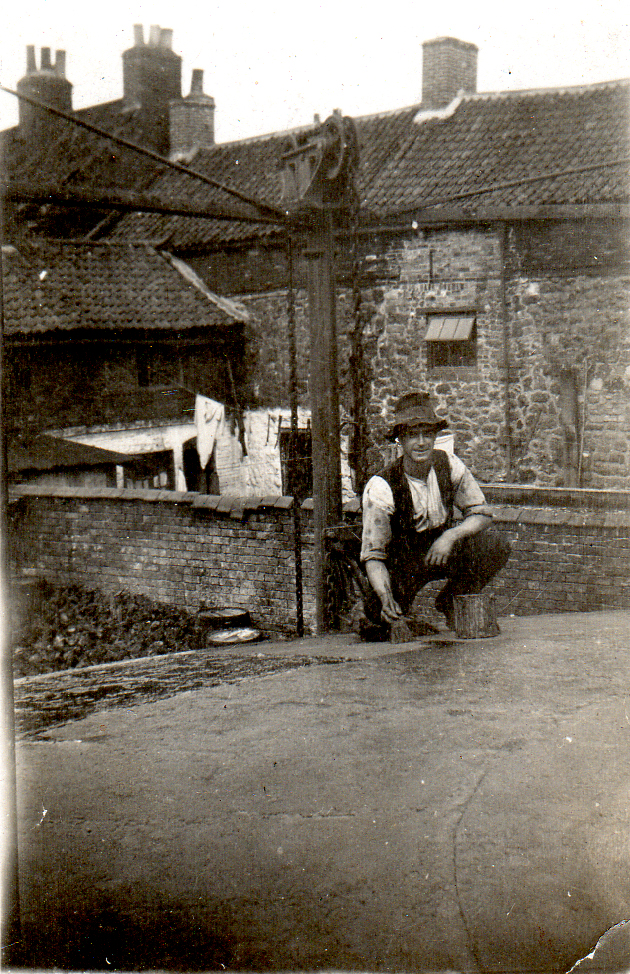 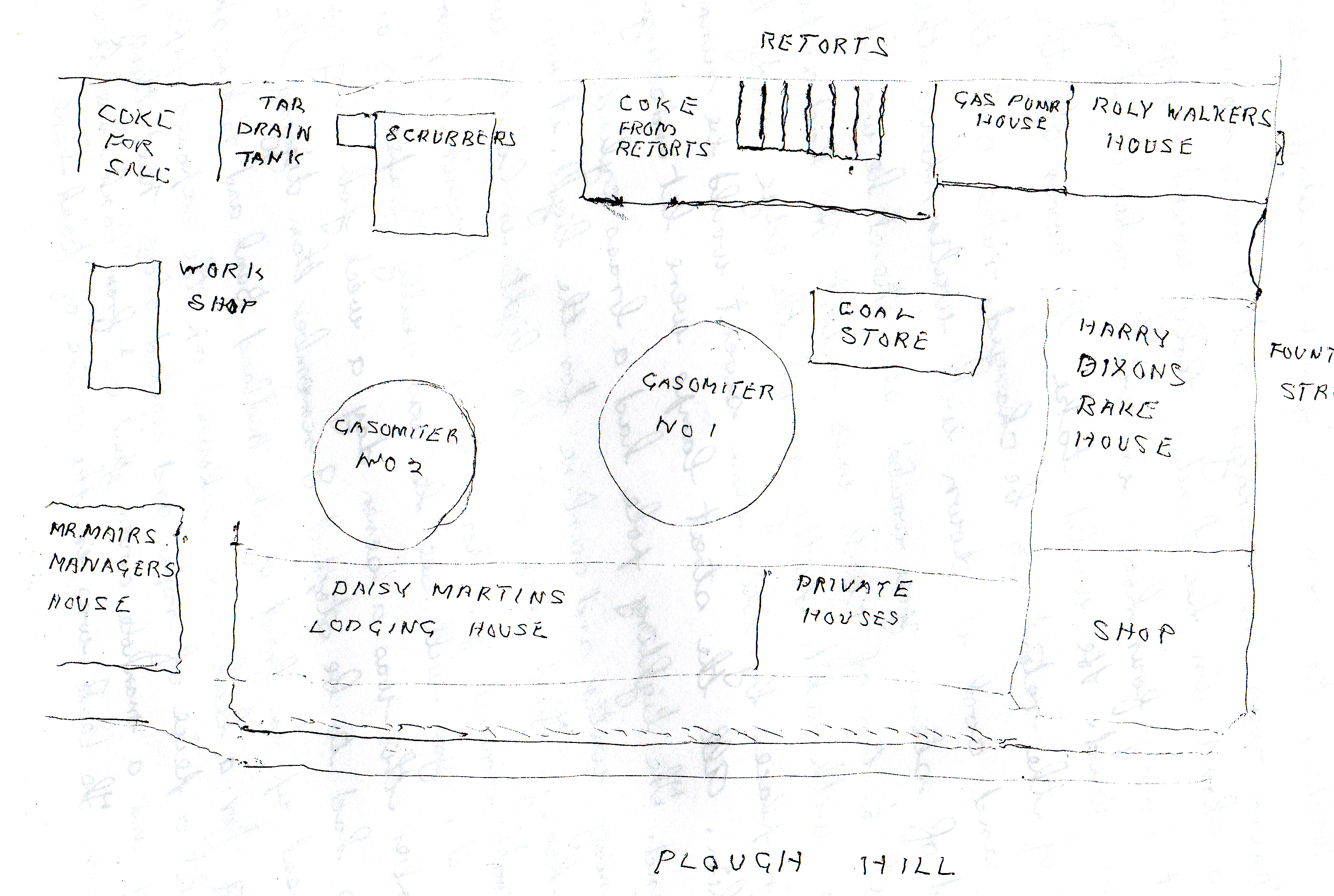 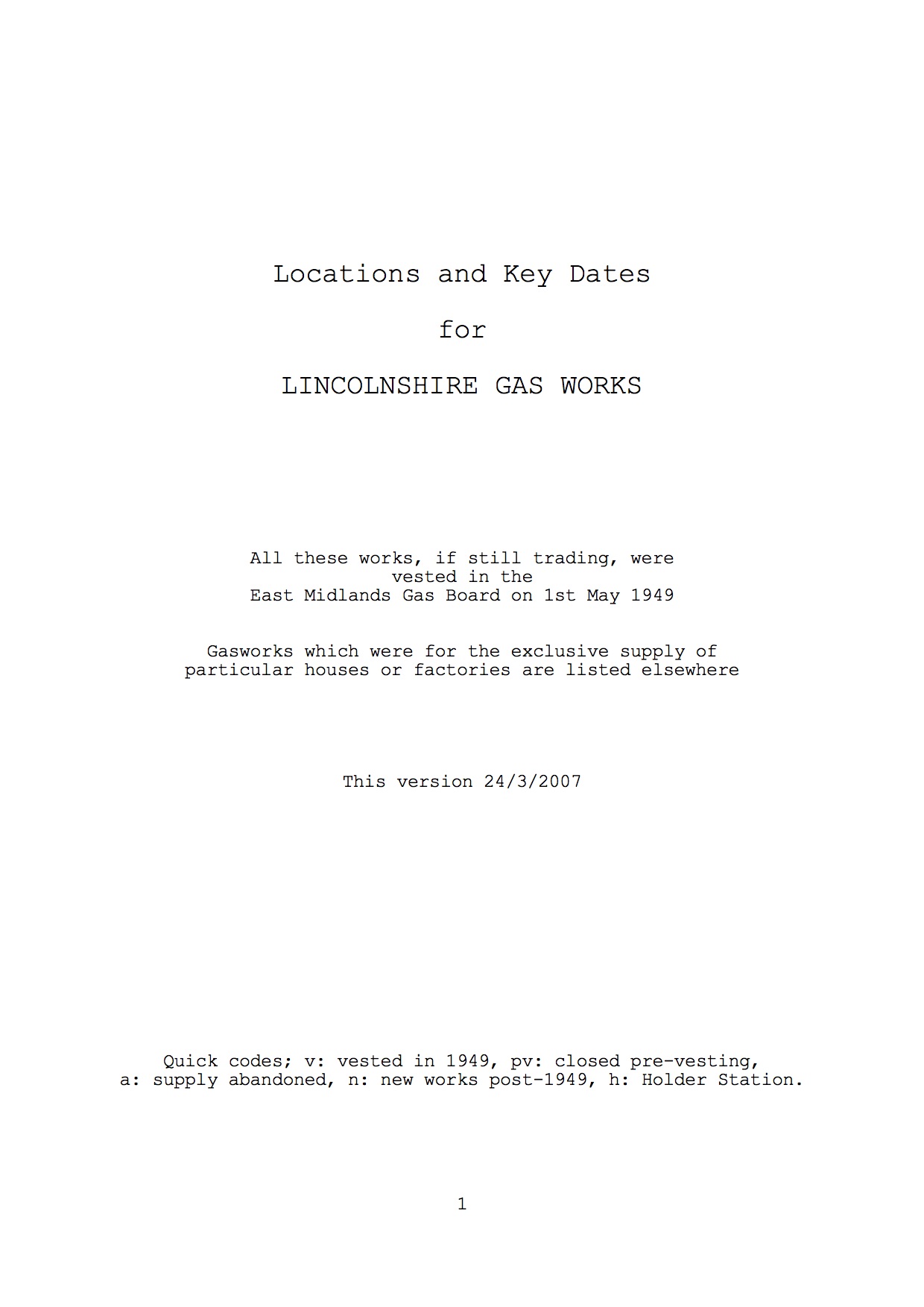 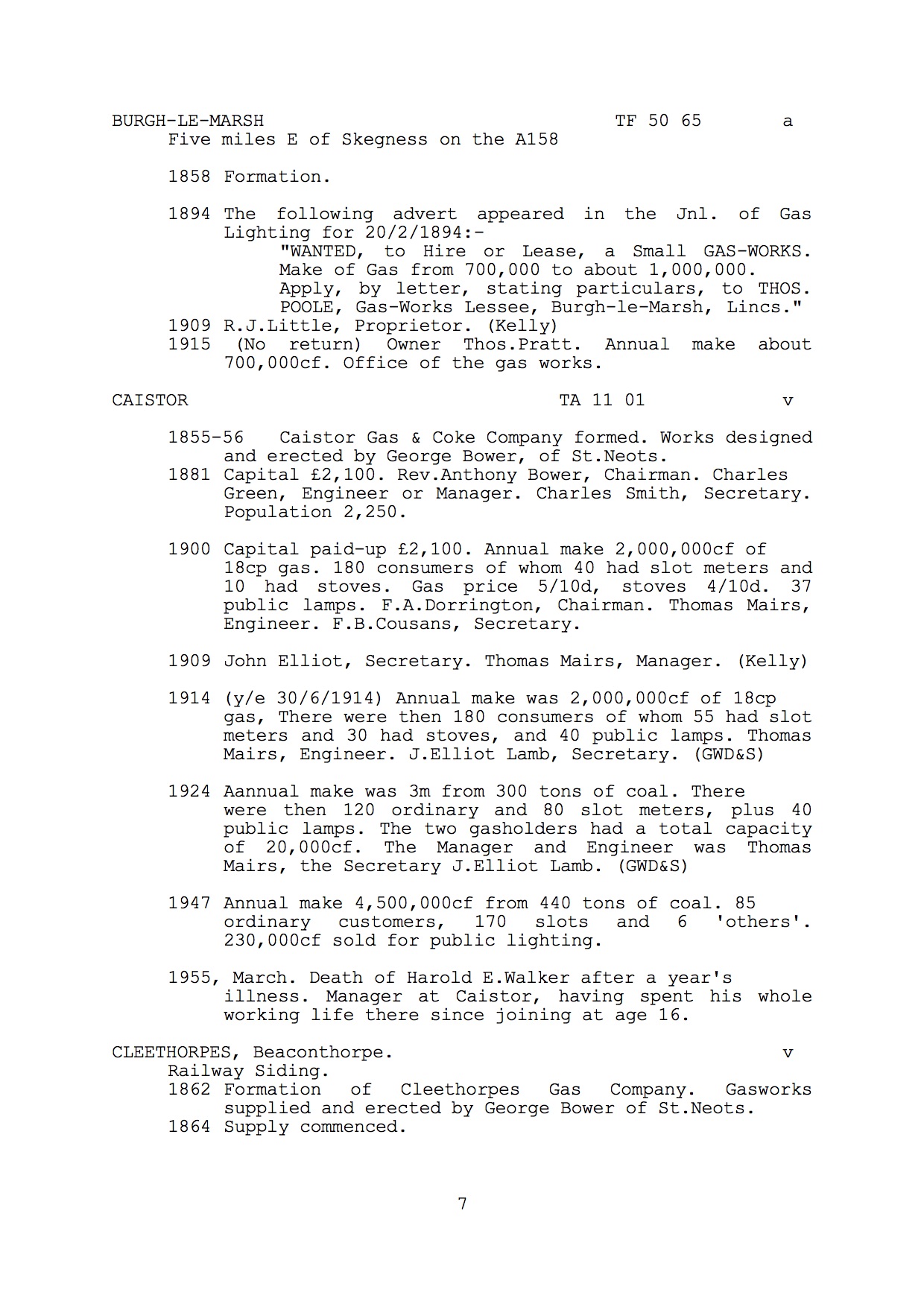 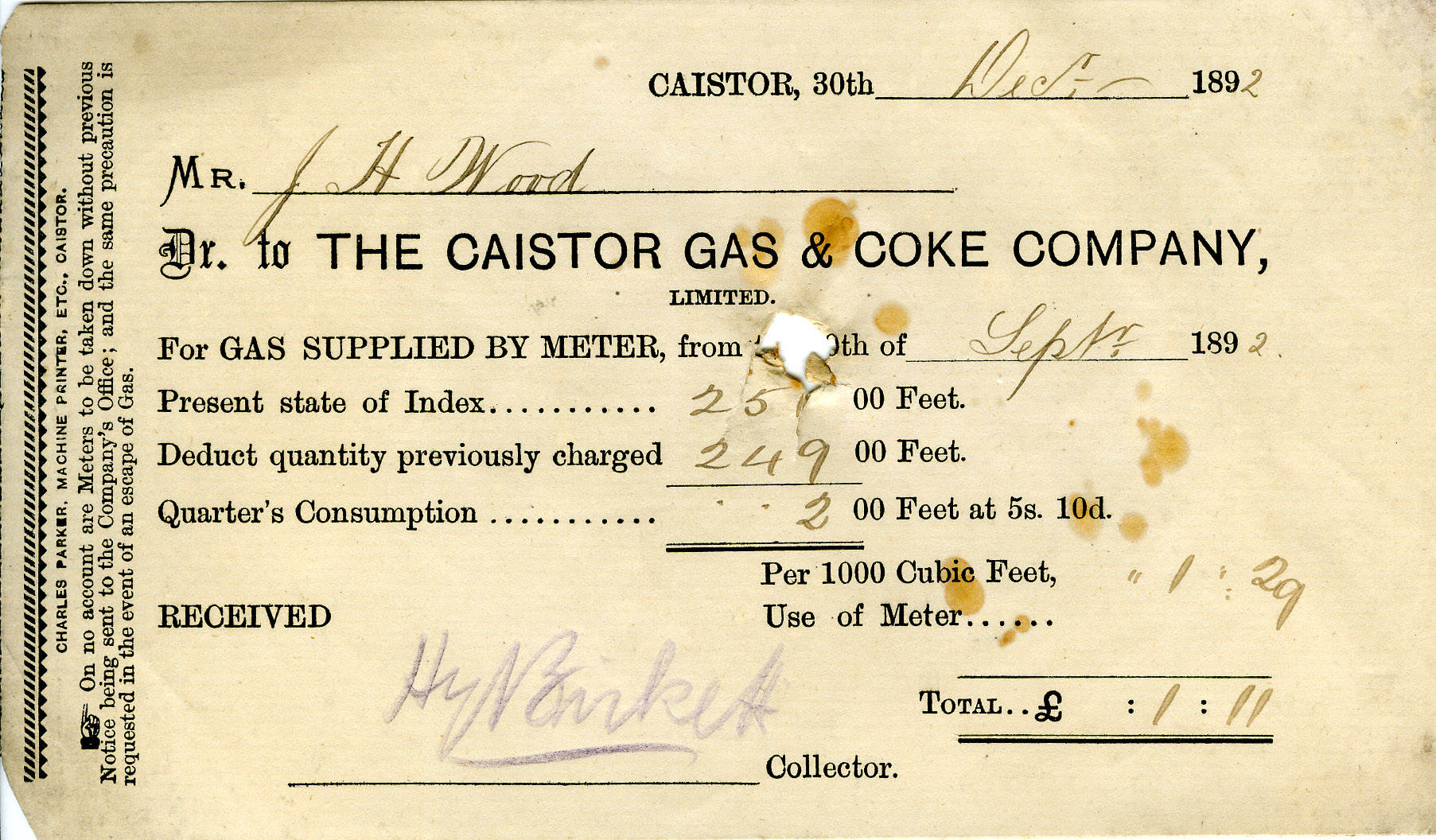 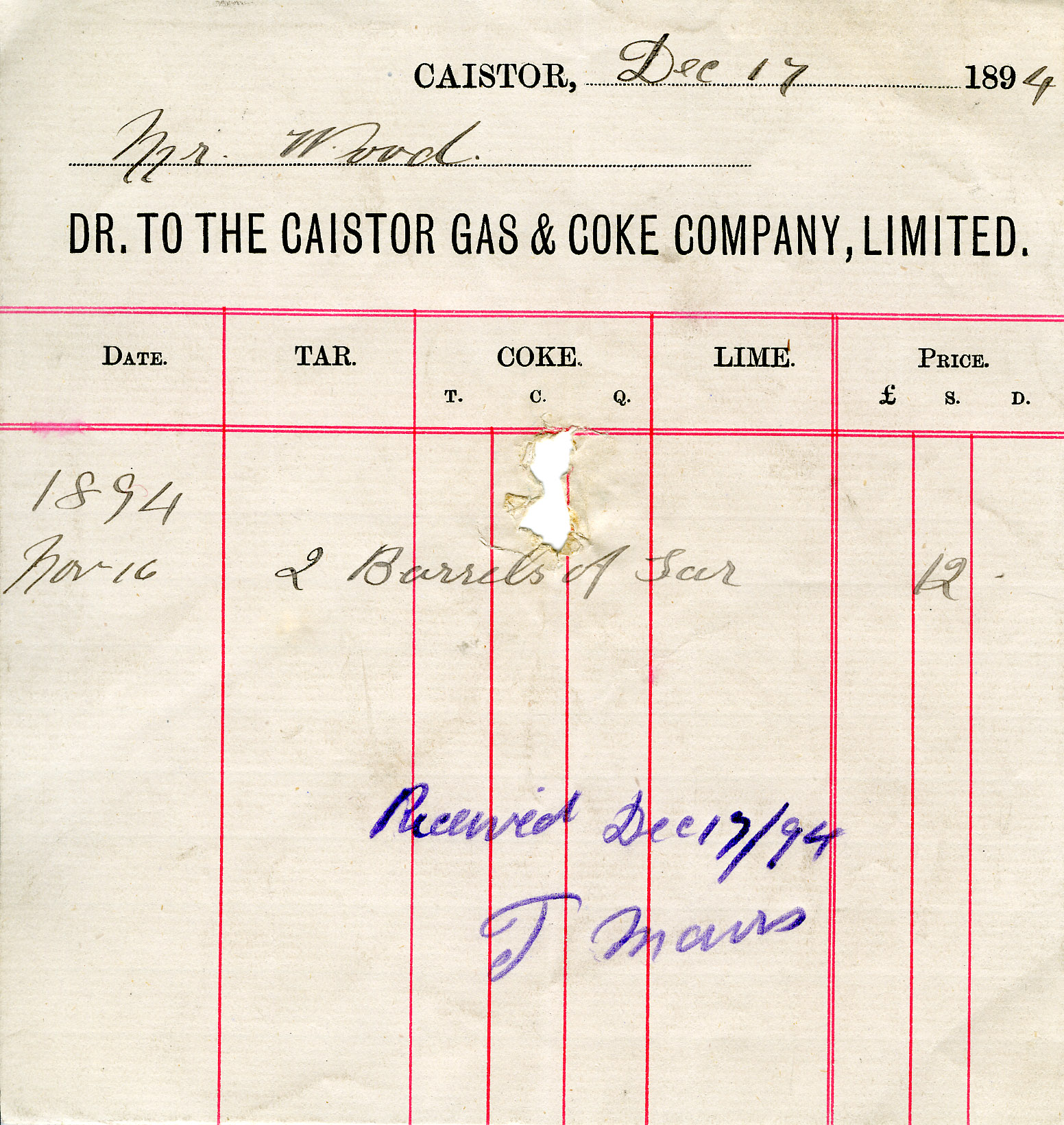 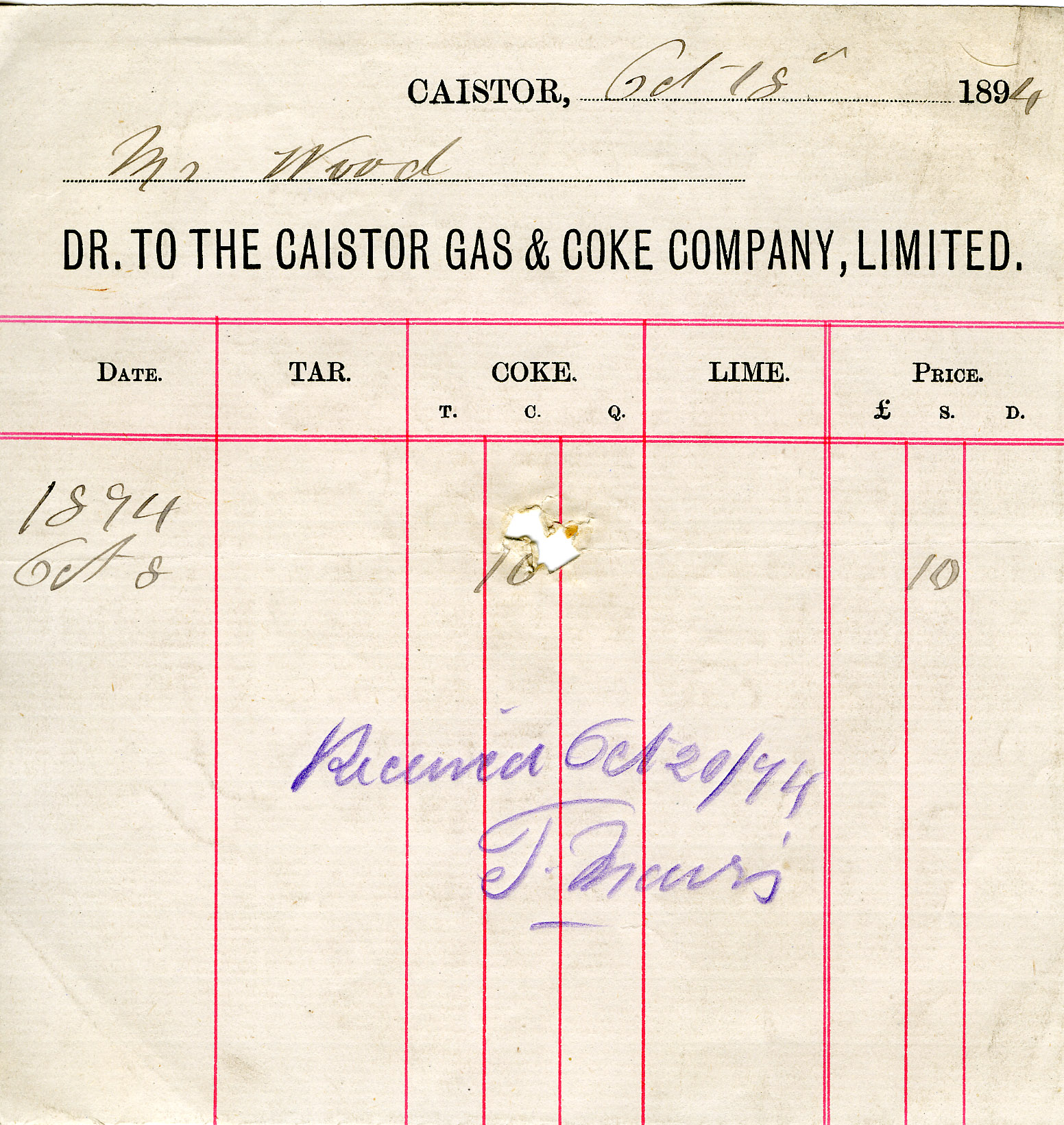