From Lincs To The Past:

A small group of four fishponds lying 1km west of Caistor church alongside a small west-flowing stream fed by springs emerging from the base of the small promontory on which the town of Caistor stands. The stream now runs in a channel, in places over 2m deep, but it is cut through the cover sands to the underlying clay. The site has been somewhat damaged but consists of two roughly triangular ponds up to 0.5m deep at their west ends and becoming shallower to the east. Each has a dam 1m in height on the west that together form a continuous bank. Another smaller pond, approximately 0.75m deep, is set into the lower eastern end of the broad bank dividing the two main ponds. It is probably a fish-breeding or sorting tank. A fourth larger and more irregular pond does not have a dam; it slopes gently north towards the stream and has a small island within it. Slight traces of a hollow on the southeast may indicate a leat bringing water from upstream to feed the ponds through the surviving gap in the south bank. Sluices here and at the other narrow gaps in the banks would have allowed the close control of water-flow and discharge, either across the meadow to the west or back into the stream. {1}, height 46m 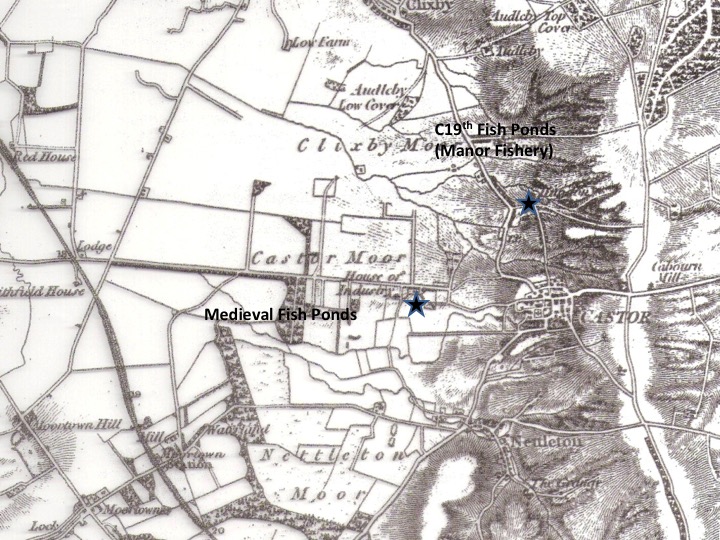 Remains of a fishpond complex believed to be medieval in origin. The series of fishponds, leats and dams cover an area measuring 110 metres by 90 metres. They are now dry. At the southern end of the complex there are two roughly rectangular ponds, aligned east – west, each measuring 40 metres in length and enclosed by banks up to 1 metre in height. The two ponds are separated by a broad bank which contains a smaller rectangular pond measuring 18 metres by 8 metres, thought to be a fish-breeding or sorting tank. The large pond in the north western part of the complex is irregular in shape, measuring 50 metres in width. It includes a roughly circular island some 8 metres across which would have been associated with fishing activities
Thomas Ford was the Head Master at the Wesleyan School from the 14th September 1874. By 25th September he was criticising his pupil teachers for being behind with their studies. One had left by October 1st her father believing he could find her a better position than teaching. The school Managers were having built a school house which was ready for plastering by October 28th. Fn March 7th 1875 his son, John, was appointed as a Monitor but within a year he was made redundant.

In 1876 an infant son died and was buried on November 22nd. In the February 1880 and in 1882 quite a large amount of time was taken off because of illness. January 1881 saw John signing a new agreement with the Managers.

“In 1881 he published a book titled, ‘Trout Fishing’, but it contained no mention of manor Fishery, yet other trout suppliers were advertised. However, by 1883 adverts were appearing promoting Manor Fishery as a supplier of trout. Ford certainly appears to be an individual who tried his hand at many diverse activities.
Firstly, he was a poet with several published books, seemingly the most well known from 1873 being titled ‘A Chalice of Catalian Dew’. He also had some dealings in about 1882 with the manufacture of fishing tackle at a business operating from Chapel Street in Caistor. He also acted as agents for the ‘Guardian Plate Glass Insurance Company’ and the ‘Royal Fire and Life Insurance co.’…….” Whites Lincolnshire Gazetteer describes him “… He has erected two commodious hatching houses for the incubation and feeding of trout. The buildings are fitted on the most approved principles with every necessary appliance for the hatching of some millions of eggs. He has also constructed fourteen rearing ponds…. In addition Mr. Ford rents sundry waters in the district, from which he draws large stores of coarse fish, and his price list contains no less than twenty different varieties of British and foreign fish….. Mr. Ford has spared neither pains nor expense in perfecting his business, and has the honour of supplying royalty.”
“After his death in 1907, The Manor Fishery was purchased by The Surrey Trout Farm..” Kevin Clifford 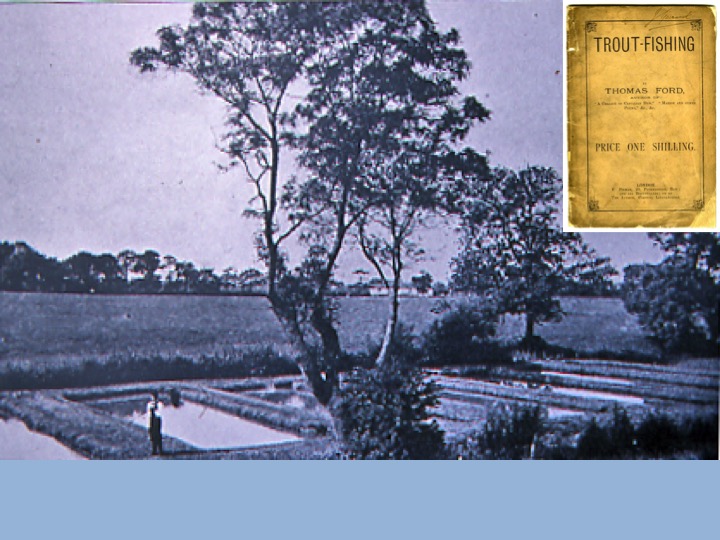 Dora Surfleet daughter of Thomas Ford in 1958 wrote: “My father…. Was the first man to fish off the Deal Pier about the year 1866…. His love of fishing grew from a childish hobby until he became one of the greatest, if not the greatest authourity on Fish Culture in the country. …. My father went all over the country advising on the stocking of the various rivers and lakes with trout……. Edward VII and the Duchess of Albany were among my father’s most distinguished clients. Lord Yarborough and his son used to visit my father and he had a permit to fish in some of Lord Yarborough’s waters, one of which was Croxby Pond… Where there were immense carp … Reputed to be as big as donkeys….
My father wrote all the fishing articles for ‘The Field’, ‘Land and Water’ and ‘The Fishing Gazette’. “ He “also composed apart song called ‘God Save Britannia’s Queen’…
We had two hatching houses, one of which was arranged in tiers of troughs. My father places the yellow ova after spawning in these troughs. The ova which turned white were dead and picked out every day with glass tubes. When the ova grew into small fry and were big enough, they were turned into the ponds and later sold as yearlings for stocking purposes. Our largest trout for breeding purposes were up to eighteen or more pounds, from these my father would get upwards of 15 to 20 thousand eggs.
…. He also kept a record of the rainfall for the Metrological Society of the Lincolnshire District…” 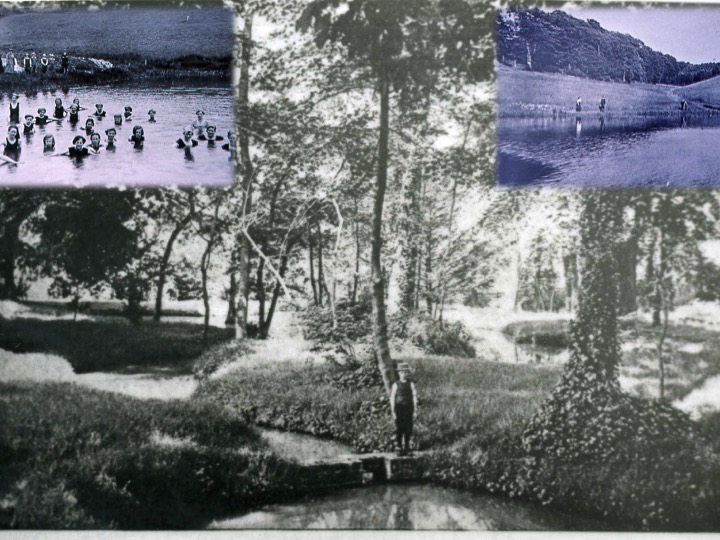 The Grammar School used the ponds for swimming lessons.