“Where Mr. Wilkin has his shop today, was then Johnsons, the coachbuilders and quite a number of men were employed there. When I delivered milk I saw them every morning going to work and two brothers who worked there would wave to me and call out ‘Good Morning’. They were Mr. Arthur and Mr. Herbert Rhodes, whose nephew, Mr. George Rhodes, now lives in Brigg Road.” Jessie S. Bryan writing in 1980.

The workshops and stables still exist.

Mr. Ron Wilkin had a grocers shop. He also had a van that travelled around selling grocers.

“An old man could often be seen sitting on one of the broad window sills and when asked how he was, would always answer, ‘just right’. He was Mr. Joseph Ramadan who lived just opposite and was a tin plate worker. Jessie S. Bryan writing in 1980.
Right to left: Mr. Johnson coach builder; Miss West, housekeeper; Miss Kate Ramadan; Mrs. Dixon; Mrs. Day 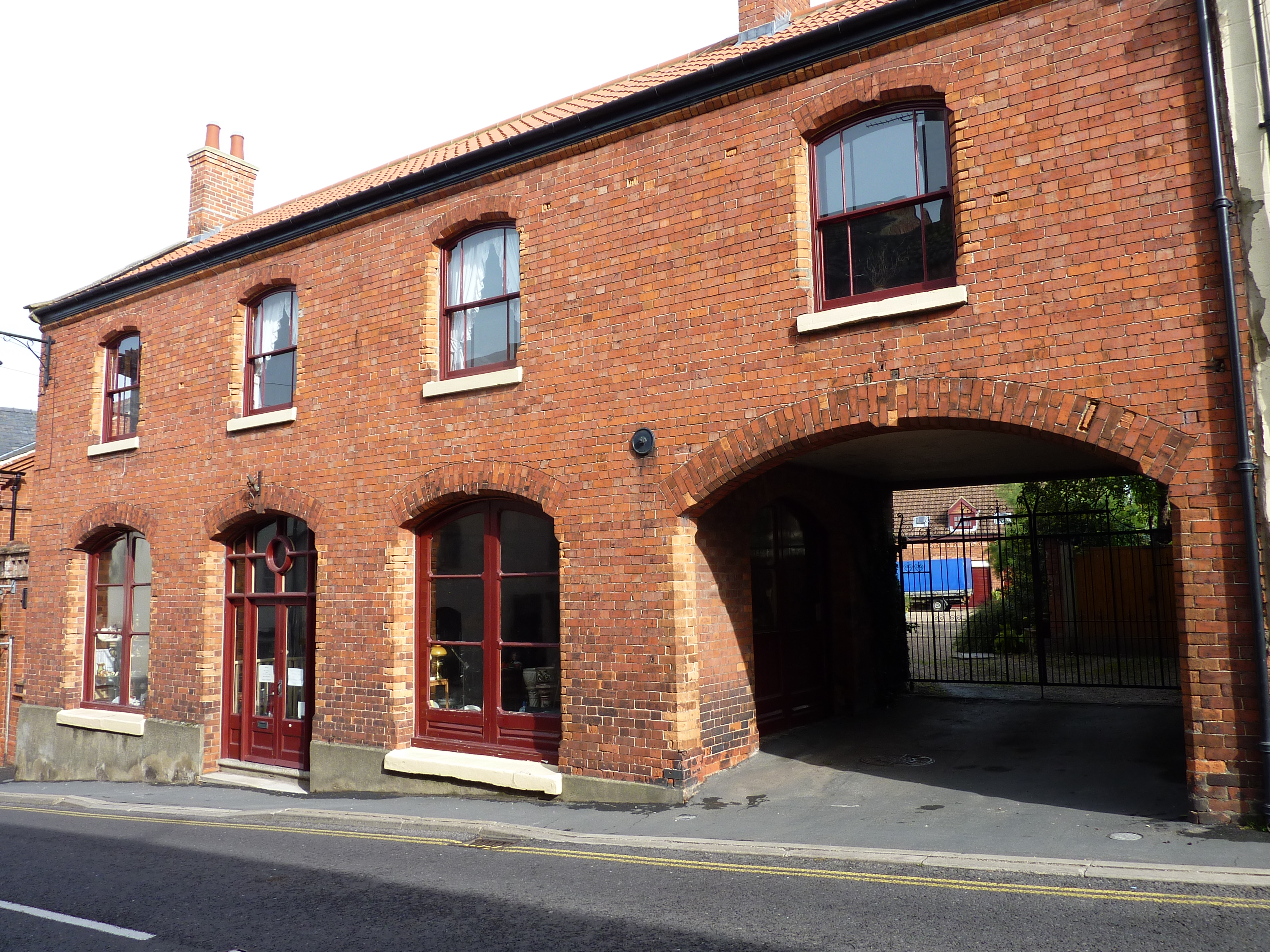