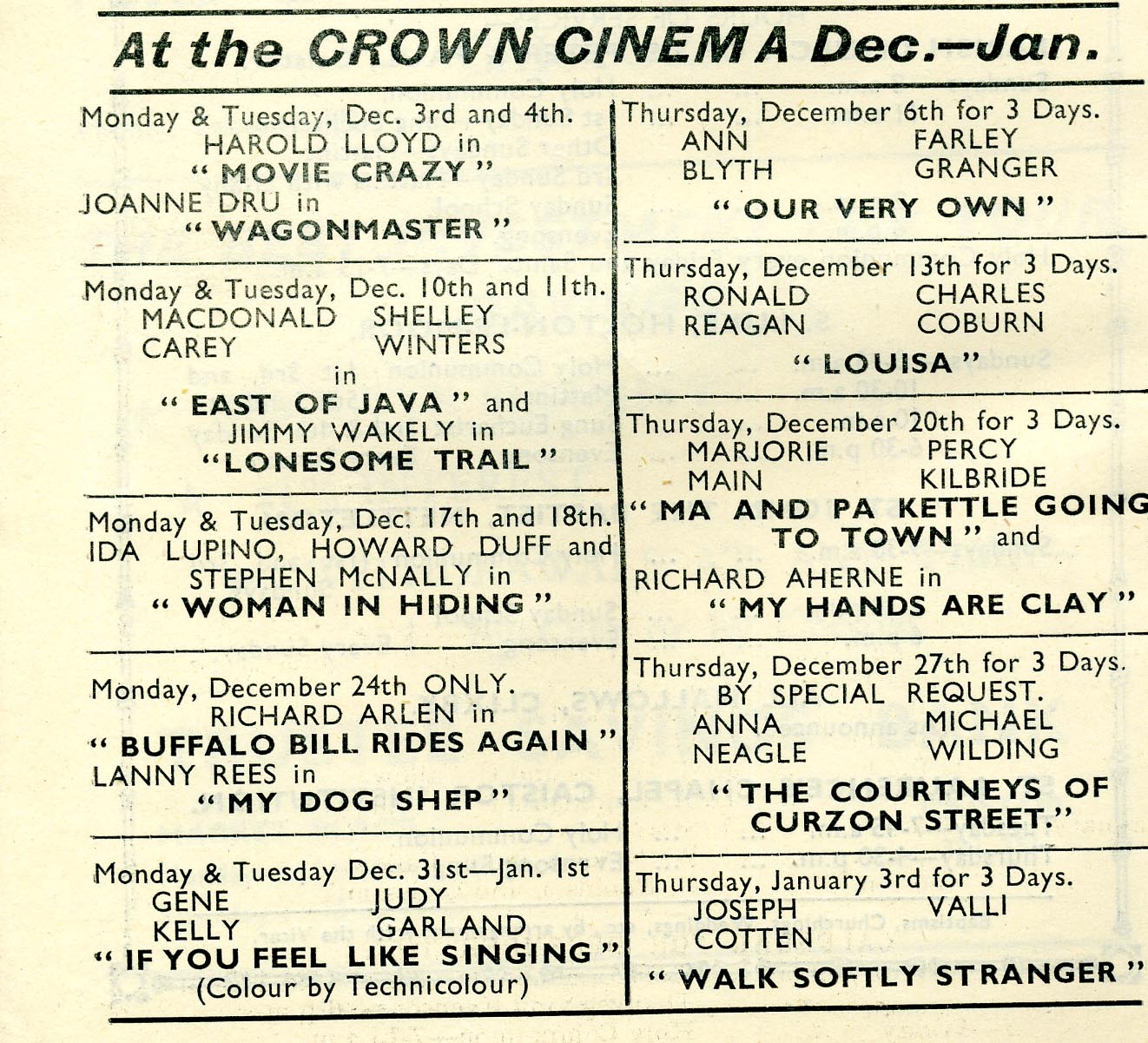 June 14th 1920
To the Trustees of the Public Hall Caistor
Gentlemen,
In view of me only running two nights per week with the Cinema I beg to apply for a reduction in rent this commencing from June 1st.
I think I am fully entitled to a reduction therefore gentlemen I leave it with you.
I hope to continue with four nights per week commencing again sometime September.
Will you please make suitable arrangements to have some of the chairs repaired into a fit condition.
Yours Truly
J. Woodhead
Public Hall Trustees Minutes 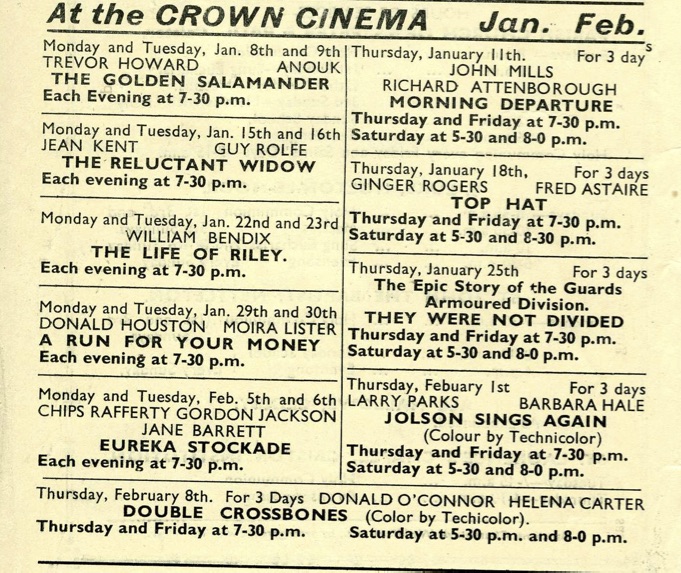 “… the caretaker has a salary of £2 per month as long as the hall be let as a cinema & the use by schools for drills….

…. Mr. Woodhead be requested to remove or reduce the size of the pay box in the entrance hall… to be made collapsible…

…… Mr. Woodhead to curtail lighting and heating as much as possible…” 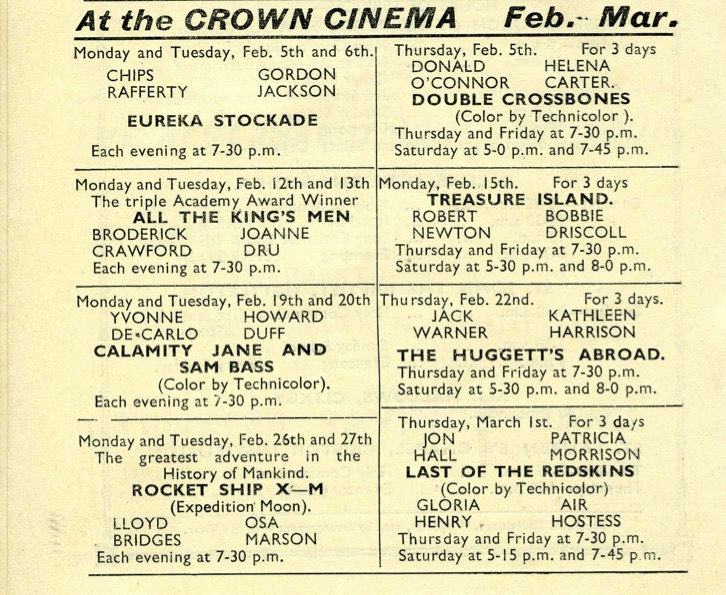 C1920 / 1921 Mar
Hope House, Caistor
Gentlemen,   I am sorry to have to right you again but owing to having so much extra work with the Pictures &  school drill I am compelled to do so hoping you will not think I am imposing upon you as I want nothing but what is right I also enclose a list of hours for one week.
List of hours
Monday removing chairs & sweeping 2 hours
Tuesday sweeping 7 setting chairs straight 1½ hours
Wednesday packing chairs &sweeping 2 hours

1921 2nd September “Mr. Lamb explained the position with regard to Mr. Woodhead’s account …. take proceedings to recover the debt…

1921 12th October “….. explain the position of lighting for the purpose of the pictures …. to install a plug for Mr. Johnson & he to pay the Trustees for the amount of electricity used…..
…. the fan is guaranteed to remove the air……
….. contractors agree to having a qualified electrician as clerk of works to supervise work in progress.
Mr. Miles agreement was discussed, & it was agreed that Mr. Hill suggest that the price be ½ for first year & the price to be then regulated by the price of paraffin, 3 years agreement. Public Hall Trustees Minutes

1922 27th January “Mr. Johnson’s rent was considered ….. ⅓ of the sum due be omitted to Mr. Johnson, in view of the depression in trade.” Public Hall Trustees Minute

Two letters were read from applicants for the hall and it was decided to write to them stating that we had a likely purchaser in view but should be pleased to show them around & treat immediately a decision was arrived at.” Public Hall Trustees Minutes
1922 3rd March Tolls Committee

Re. Advert Stamford Mercury
Will you please forward us full particulars of the Cinema you advertised, and may be able to move it for you. Public Hall Trustees Minutes

1922 3rd May “Mr. Johnson suggested that the Trustees might be prepared to take the piano in part payment….. to write to Mr. Johnson & Lingard stating that if the account is not settled within 7 days proceedings will be taken to recover the debt….. to give notice to Mr. Johnson that his duties as caretaker must cease at the end of the present quarter owing to the unsatisfactory way the hall is kept.” Public Hall Trustees Minutes

1922 8th May
Cromwell View
Caistor
Dear Sirs
Mr. Lingard also my husband in his absence wishes me to write you re – the remaining hall rent which is yet unpaid. The piano is still at Scunthorpe, and still at Scunthorpe; and still unsold, therefore we are desirous  that you will accept it for the debt, by so doing you will help us greatly out of our trouble.
I might mention too that both Mr. Lingard and I understood that night at the Committee meeting that you were freeing us off the Hall at once we certainly have nothing left to pay with.

Awaiting your favourable reply, & thanking you in anticipation, I am yours,
Respectfully
L. Johnson

“Mr. Johnson & Lingard position considered. Mr. Temple explained the facts regarding the financial position…. their duties ceased 1st June ……  the position be advertised for caretaker” Public Hall Trustees Minutes
1922 21st July “ ….. Mr. A. Johnson of Paradise Row of Caistor be appointed [as a Trustee] for a period of six months. The appointment to be recommended at the end of that period.” Public Hall Trustees Minutes
1922 29th September “Mr. Cutts met the Committee 7 explained that he did not think that the hall would not pay to sum four nights a week. It was therefore arranged to let the hall for two nights a week at the sum of £2 per week for a months trial…… 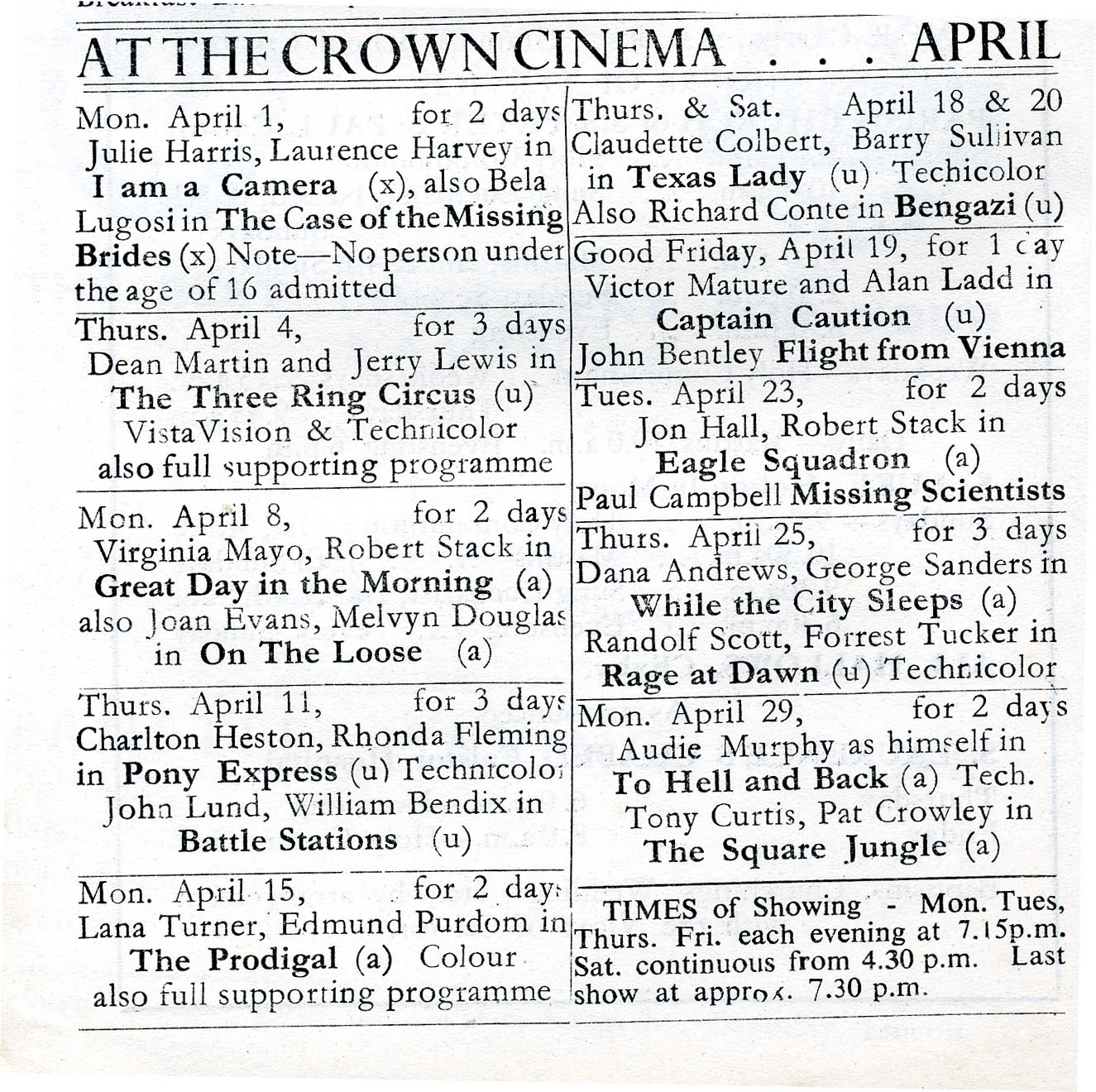 It was operated by Albert Marshall who lived in the house on the corner of North Street and Grimsby Road. Everyone called him ‘Tanky’. He may have been in tanks in WW1. He was a tall man and always wore a Homburg Hat and a bow tie. He had a single cylinder petrol engine with big fly wheels outside the back of the hall driving a dynamo to power the light for the two cameras.
When I first went to his shows it was 2d to go in and all the kids got a packet of boiled sweets and an orange.

It was silent films to start with. Arthur Brown used to play the piano for effects. If a villain crept up behind someone with a gun the kids would shout, ‘Look Out’.
Later on he had sound. ‘Sonny Boy’ was the first I remember.
One Saturday afternoon we came out and heard a noise of engines in the sky. It was the German airship ‘Hindenburgh’ flying from the U.S.A. It was the third airship to fly over Caistor. The others were the ‘Graf Zepplin’ and ‘R100’.
The cinema changed hands a few years later.” Barrick – Australia talking about the early 1930’s.

In the 1920’s someone started a mobile cinema – yes a cinema! – in the Town Hall on Saturday afternoons! Entrance 2 pence. Either it didn’t pay them, or they got fed up with its frequent break-downs, because it didn’t last very long!”