Quick Links
Caistor Heritage > Caistor A – I > Caistor – B > Buses 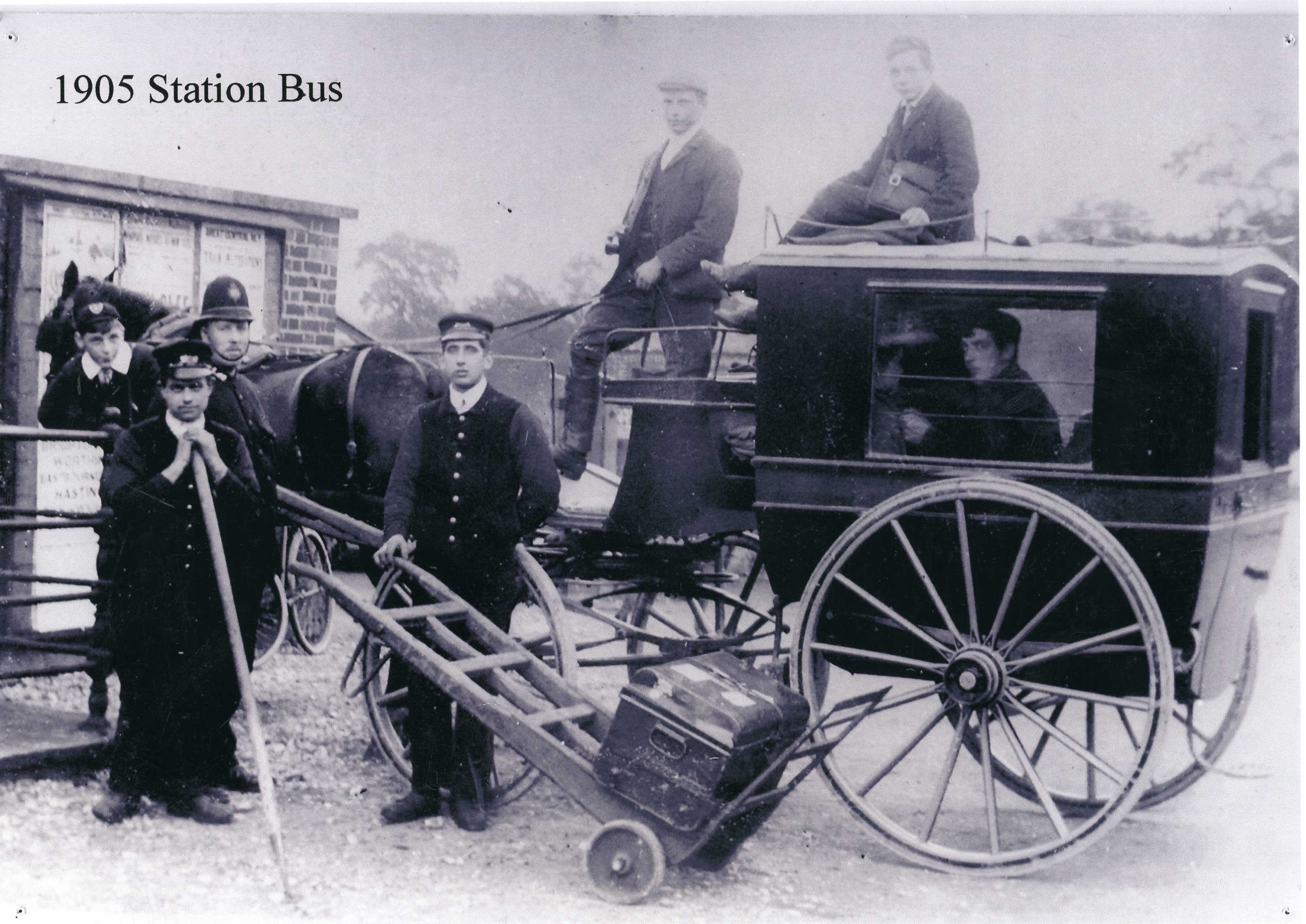 Transport “On Grimsby Road, then Quarry Terrace, Mr. Roberts had his threshing machine etc. ….. When the corn was gathered in Mr. Roberts would come with his thrashing machine and we could watch the corn come out and also the chaff which people would beg to put in the mattresses for baby cots. “ Jessie S. Bryan writing in 1980.” 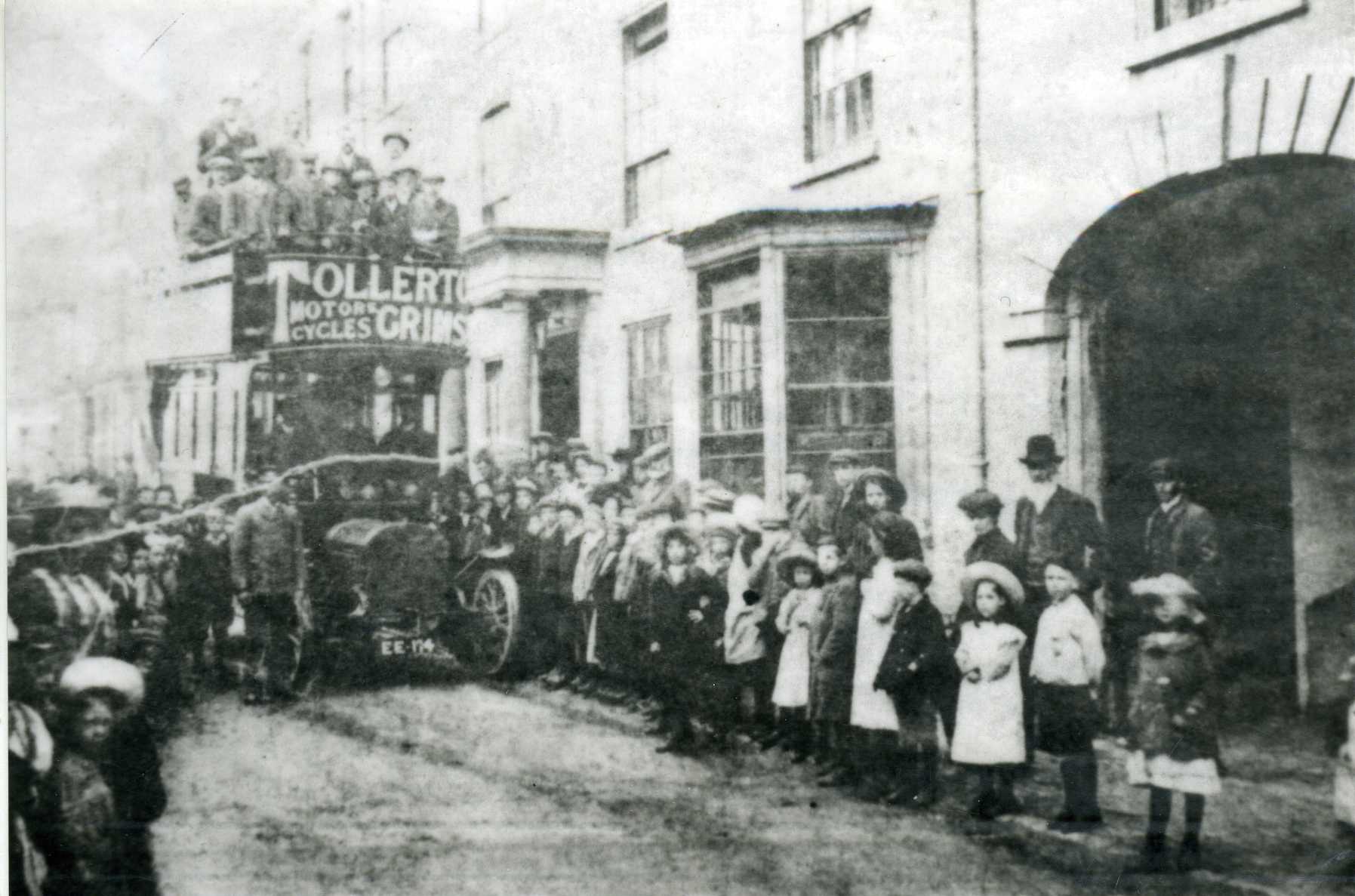 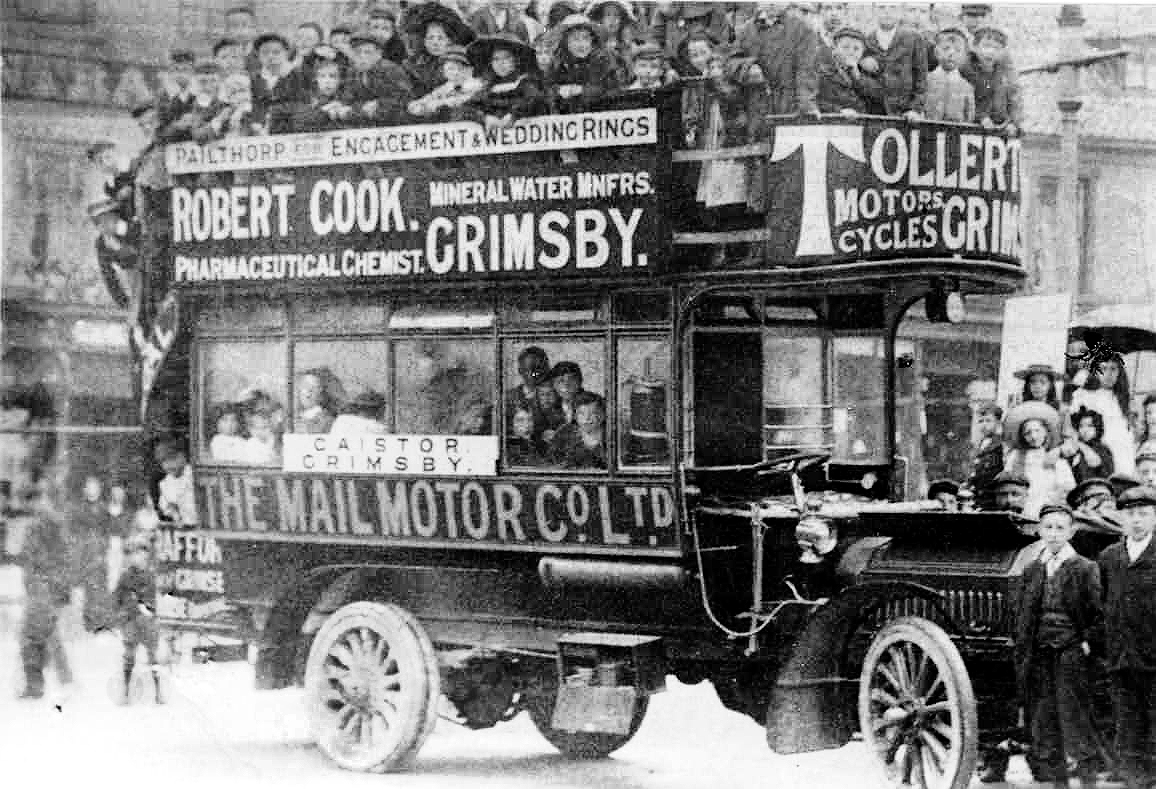 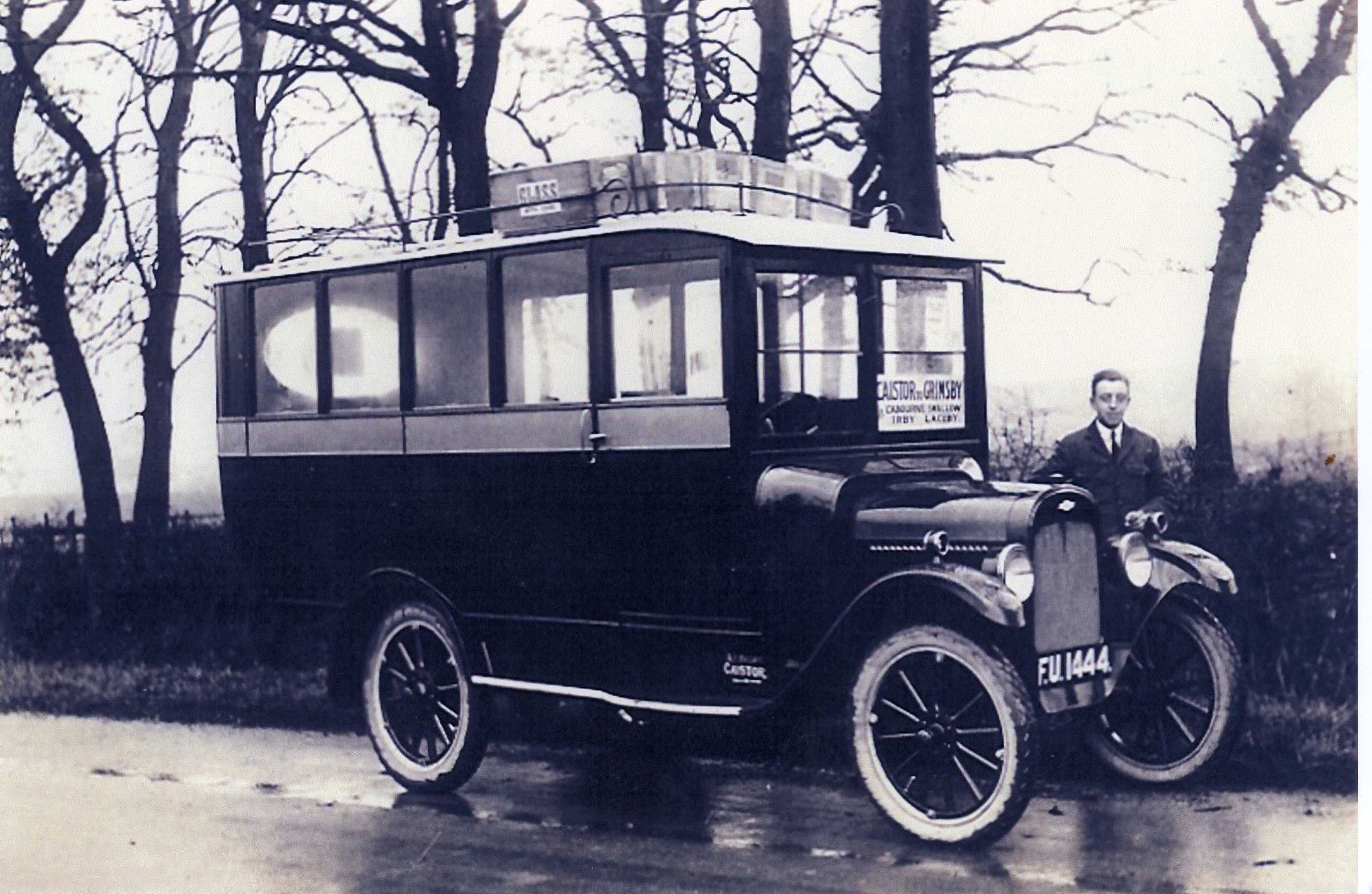 1936 September 28th   …. Steps to be taken to see if arrangements can be made for the large passenger buses passing through Caistor proceed round the Red Lion Corner instead of through South Street as at present. As an amendment it be left optional and that they still be allowed to proceed through South Street, if they wish… four voted in favour of the amendment and three for the original proposition …. Caistor Town Council Minutes 21st June 1932 – 12th December        1944 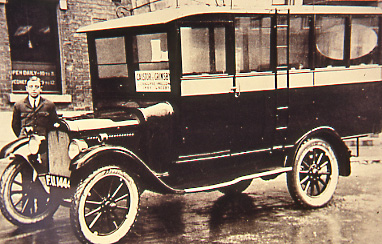 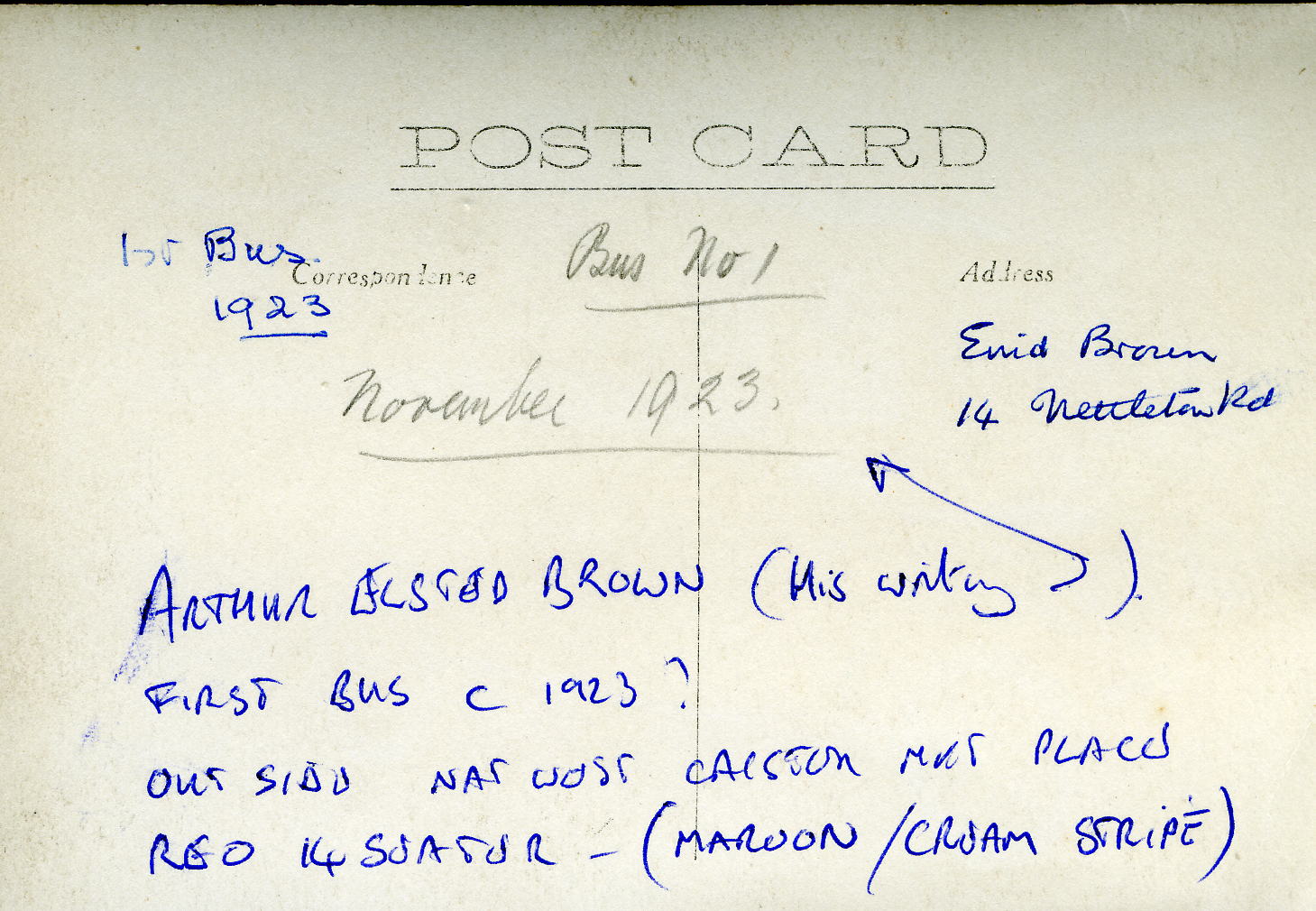 Celebration with a Brown’s Bus 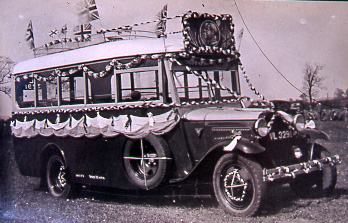 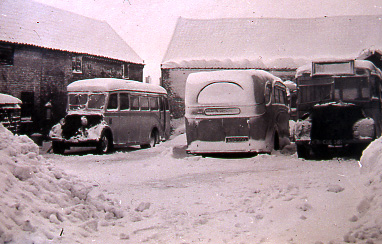 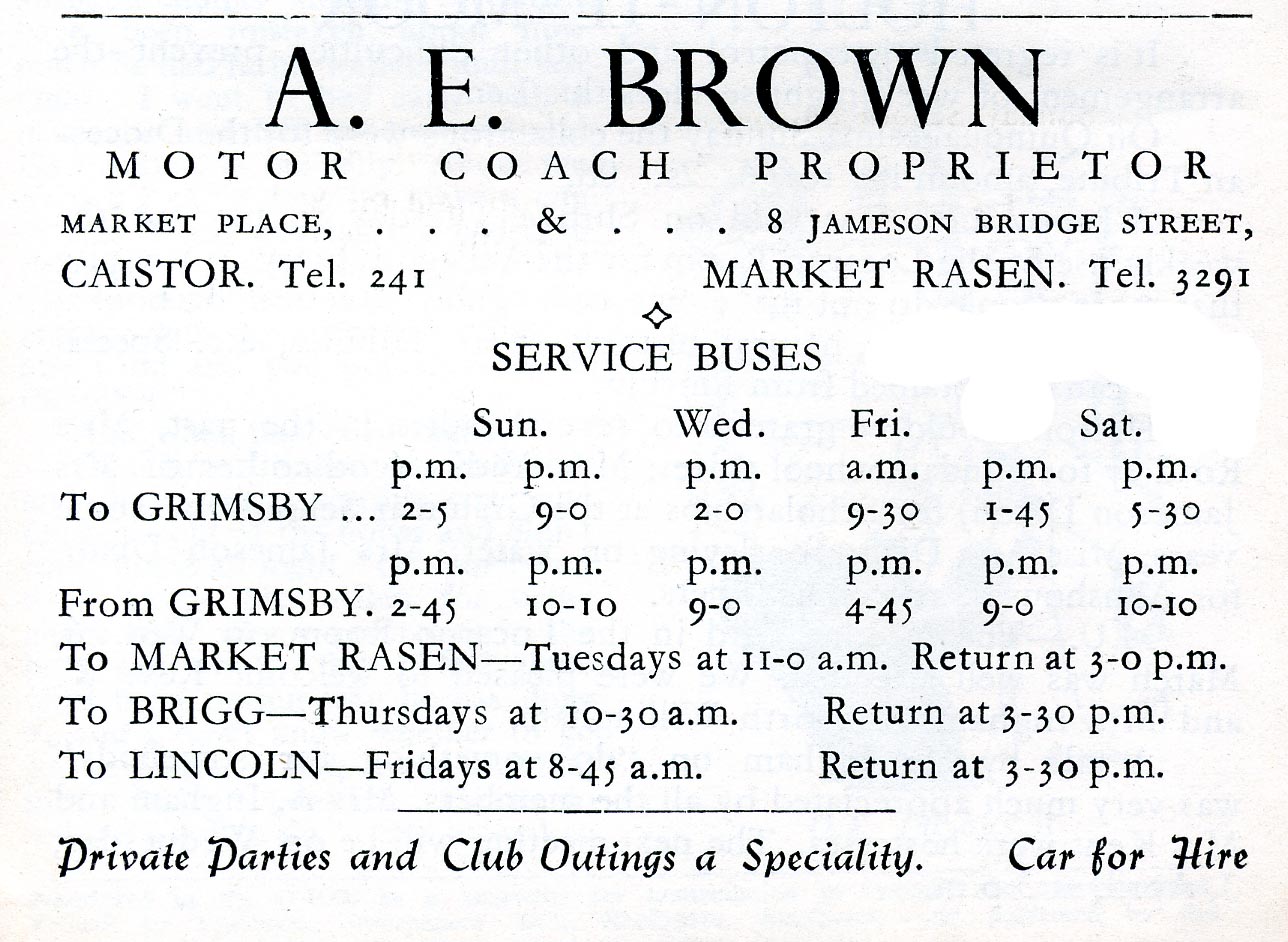 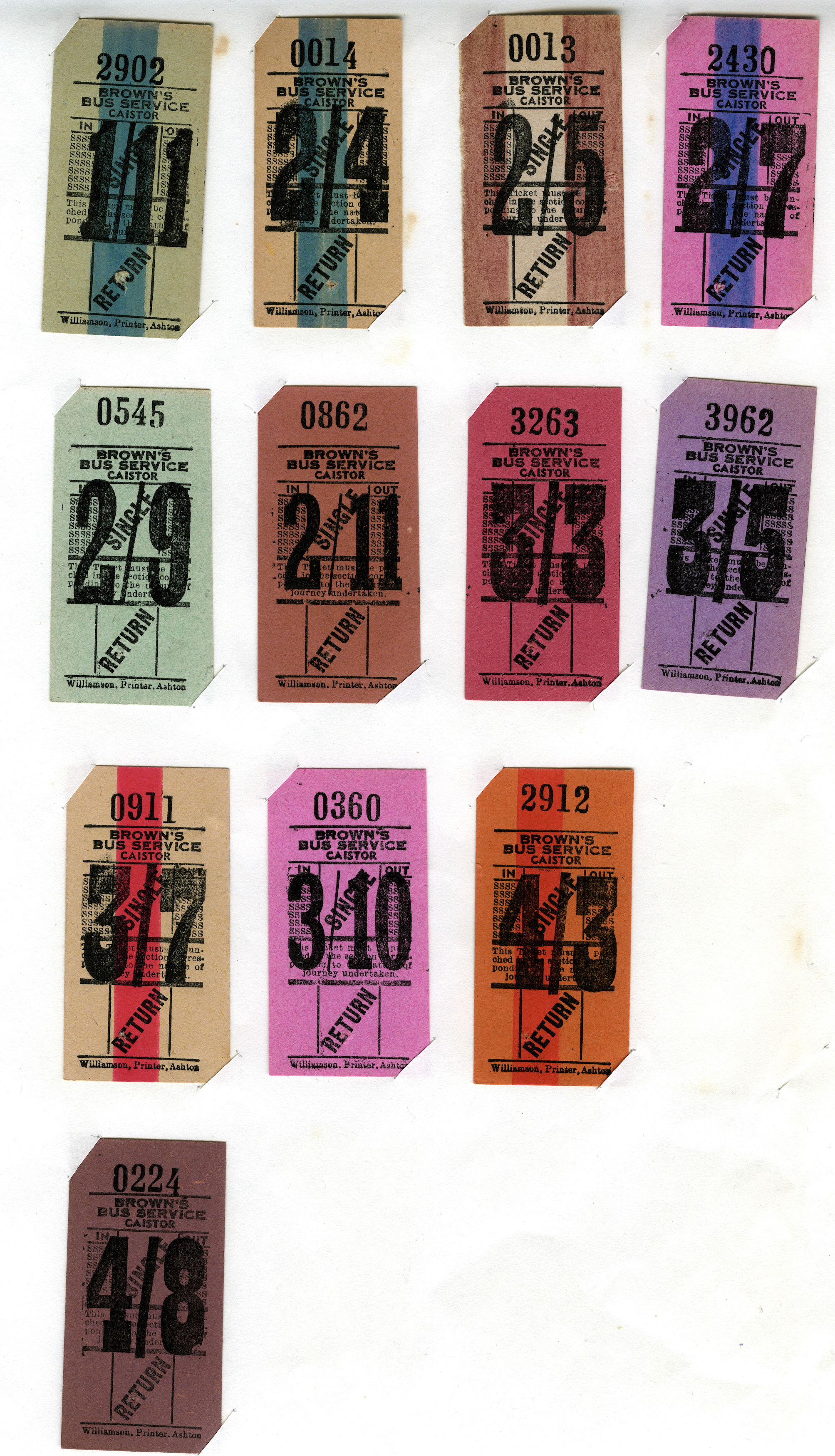 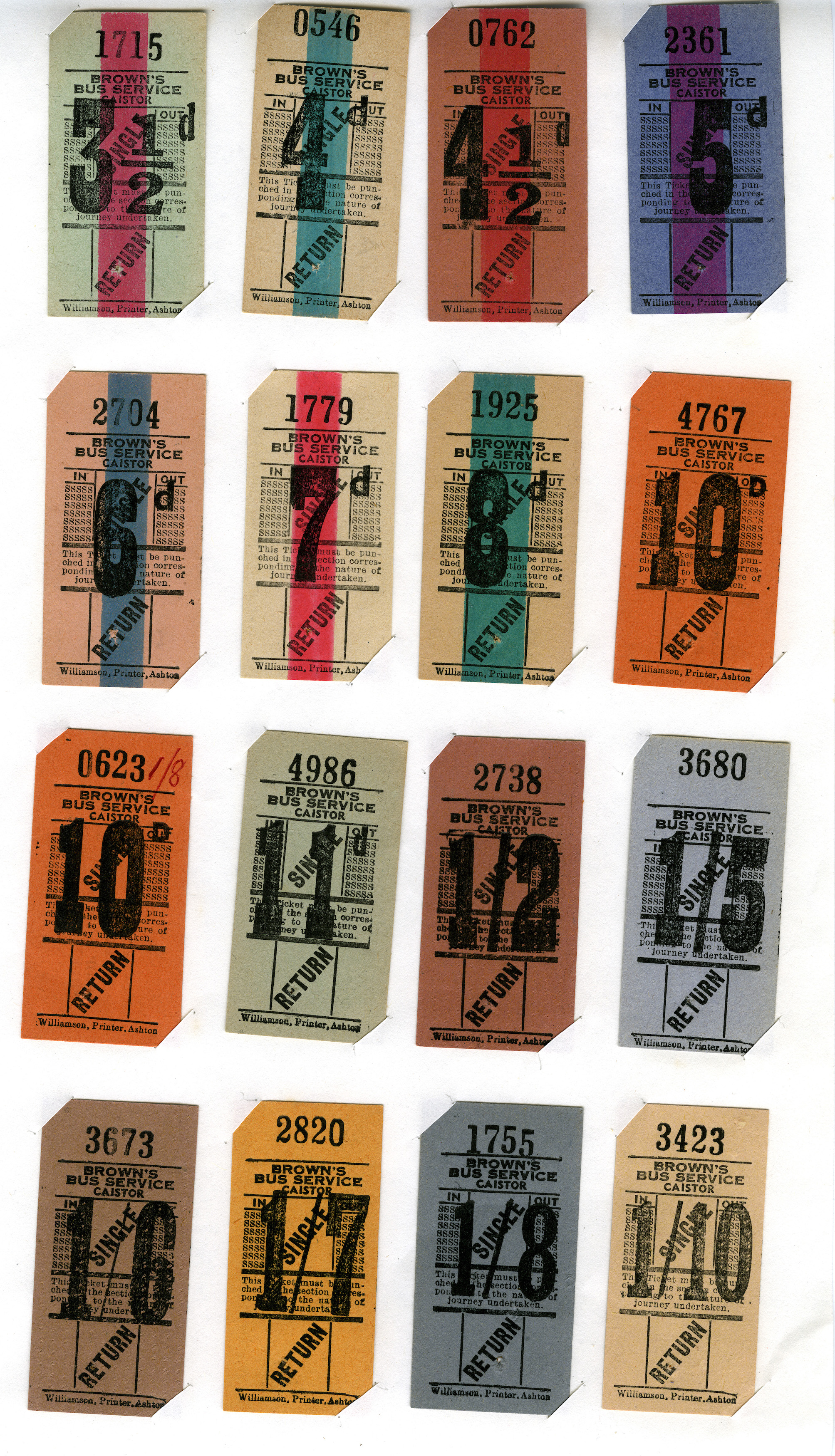 Carol Barnes – Caught this bus home from Grimsby on a Saturday night left Brigogate at 11 p.m. Lots of stories here to be told or NOT! I quite liked the back seat. Browns parked their buses at top of North Street/Rope Walk.

Dave Crowder – Us Csistor lads used the same, bus and timetable, often a bit tiddly. Us Caistor lads had a bet . Starting from Riby Square going down Freemen Street having half a pint of  Watneys Red Barrel in every pub to see. who could get nearest to Hainton Avenue . Lot of pubs, and Browns 11 pm bus bore the results of our endevours. Needless to say we had to clean the bus the next day and grovel not to be banned. We were good lads really! The buses didn’t make it during the  snowy season. We Caistor folk used to go to school to register,  and off to Waterhills with our sledges.

Michael Plaskitt – Went to school on a bus like that every day driven by Arther Brown or Sam Hollins!!

Pat Loftus – Us Kelsey kids had probably the best school bus in the land, owned by George Johnson and driven by Freddie White.

Susan Lane Geraghty – I used to catch the school bus to Laceby then wait for next bus to get to Grimsby when I went to college. It was a cold wait in winter. The principal used to say we travelled ppn the Caistor mule train.

Angela Mayne – It used to pick us up and drop us off at our house, the Lodge at Cuxwold and carry on to Rothwell.

Janet Desforges – Our school bus, went round by Riby, Limber. Grasby Bottom, Audleby Top, and Fonaby Top before delivering us to school. A long time ago.

James Yull – Yes remember it well, Janet, it was a long school day. My cousins and I we were first on the bus in the morning and last off at night . 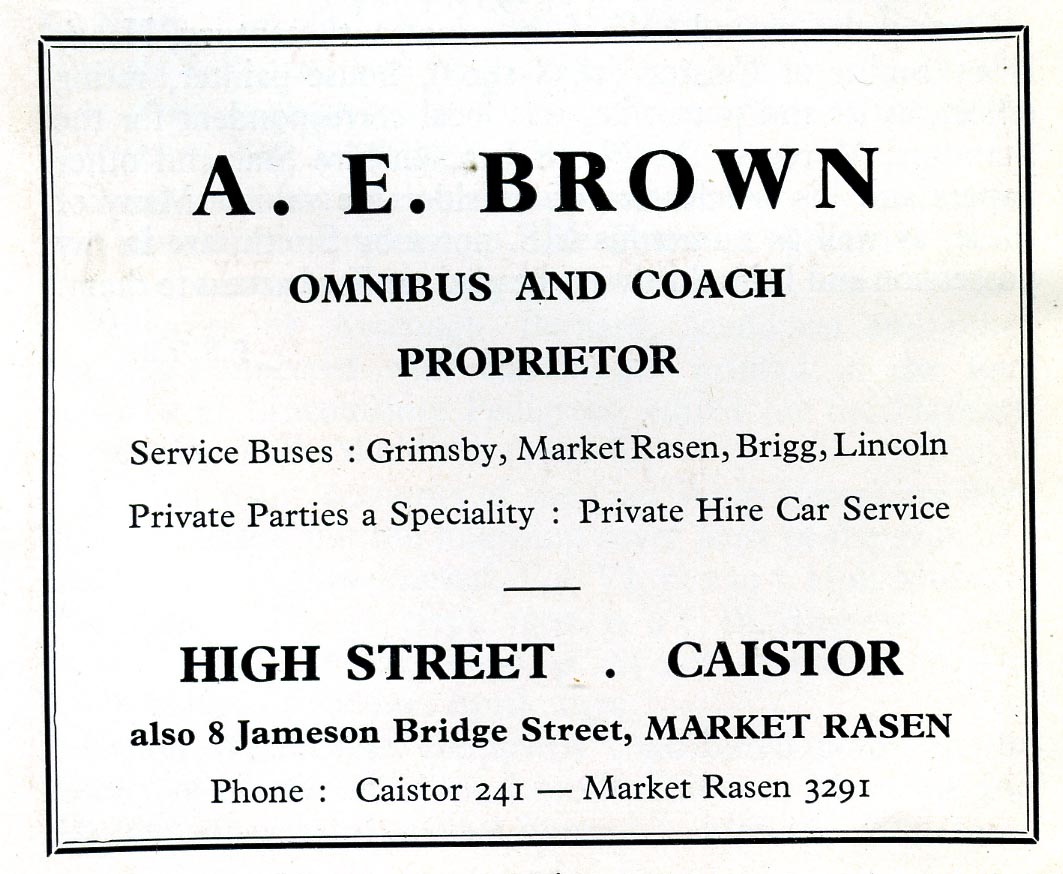