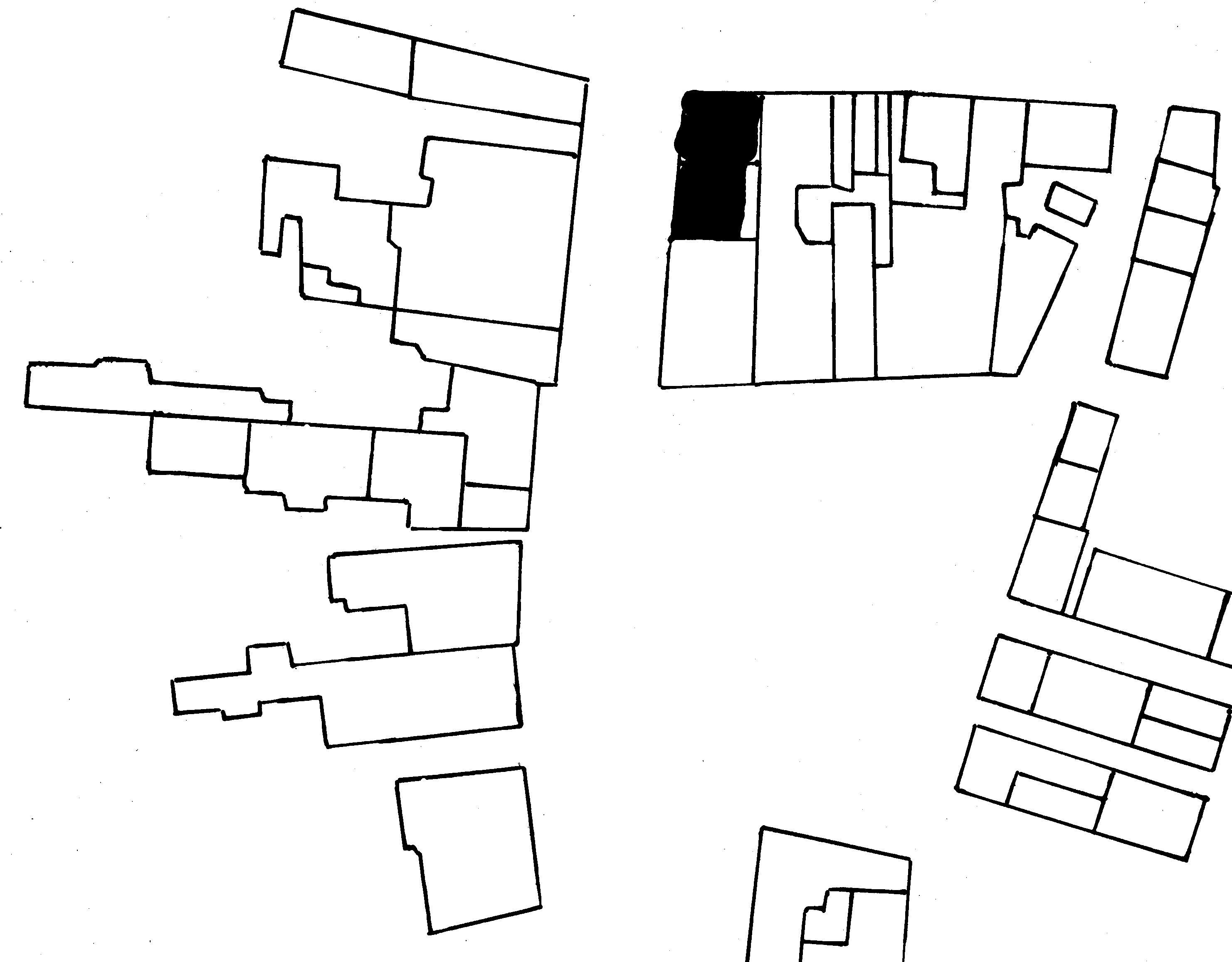 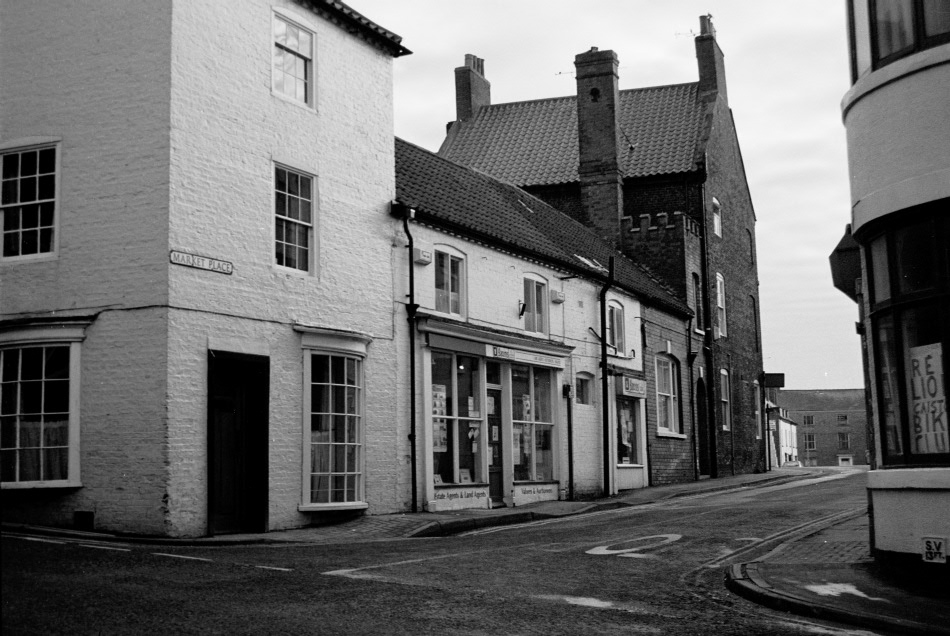 1795 A messuage or dwelling house, with the outhouses and appurtenances, eligibly situated in the Market Place, in the occupation of Mr. Turner.

1810 To the Editor of the Stamford Mercury: ….. “ there is a comparatively large Sunday School in my parish, conducted on Dr. Bell’s scheme of education, conducted on Dr. Bell’s scheme of education; and I am happy in bearing testimony of its success …  although … whoever diffuses useful knowledge … yet are we in duty bound …. Not to withhold from the worthy and ingenious founder of the Madras system, that merit to which he is so justly entitled, since he may, with justice, claim the invention as peculiarly his own……. Samuel Turner

1827 Mr. Geo. Oliver begs to inform the inhabitants of Caistor and its vicinity that he has taken rooms at Mr. Berry’s … where he has commenced the practice of surgeon, apothecary and accoucheur, and hopes, by an undeviating attention to the duties of his profession, to merit a share of their patronage and support.

From about 1868 Alfred Meanwell, baker, grocer and farmer lived on High Street – sold 1899

Alfred’s parents were called John and Elizabeth and John was an Innkeeper in Louth and he appears on the 1861 census living with them and his siblings.  Elizabeth was born at Ludford.

The second son of Alfred and Lucy Meanwell of Caistor aged 21, who was interred at Caistor.  January 28th The very many friends will please accept this heartfelt acknowledgement of their kind expressions of sympathy.

The Meanwell family are living the same place 1891 but Alfred has remarried an Amelia Bucknall in Nottingham District March 1898 and they have a daughter Rubie B Meanwell born 1899 Caistor.  Amelia born Fulstow in 1861.

In 1901 the family are still living on High Street, Caistor and Frank now 22 says he is a Butcher.

Various newspaper reports in no order.

Caistor RDC 26th March 1907 stood for election but was not successful.

22nd August 1884 Supt, Danby applied for summonses against Thomas Moore of Caistor, Marine Store Dealer and Alfred Meanwell, Grocer and Farmer of Caistor for not keeping their dogs under control, which he had good reason to believe were dangerous.  Several people had been hurt, two seriously.  Granted with immediate effect.

Hull Packet 31st March 1871 Mr. Alfred Meanwell was appointed Overseer of the Poor at the Vestry Meeting at Caistor.

3rd August 1888. Presume this is the son Alfred received a prize at Caistor Grammar School.

Mr. B.S. Gorbutt has received instruction from Mr. A Meanwell (who is leaving above farm) to sell by auction on Tuesday April 5th 1887 his valuable sheep, horses and implements details of which will be given in the near future. 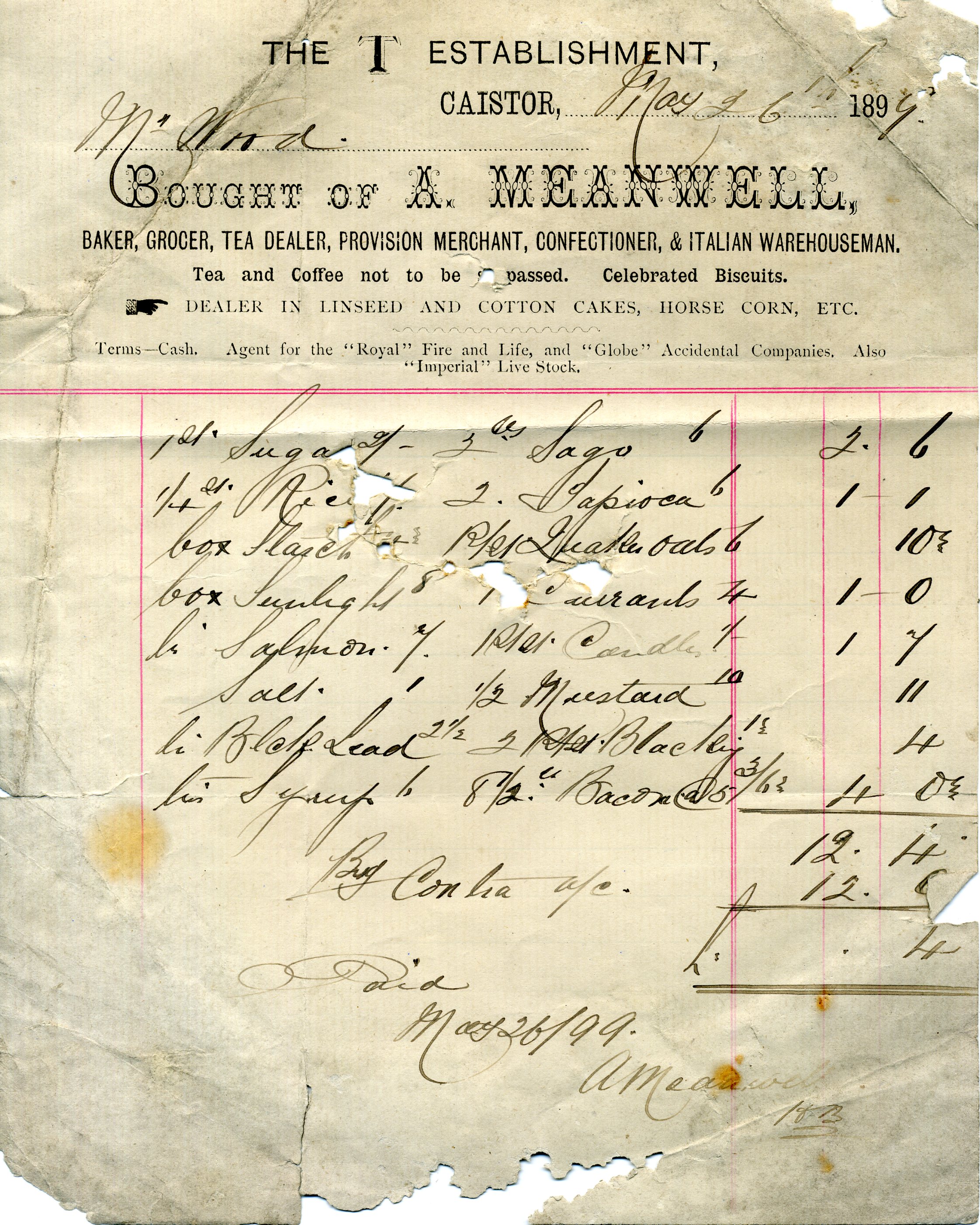