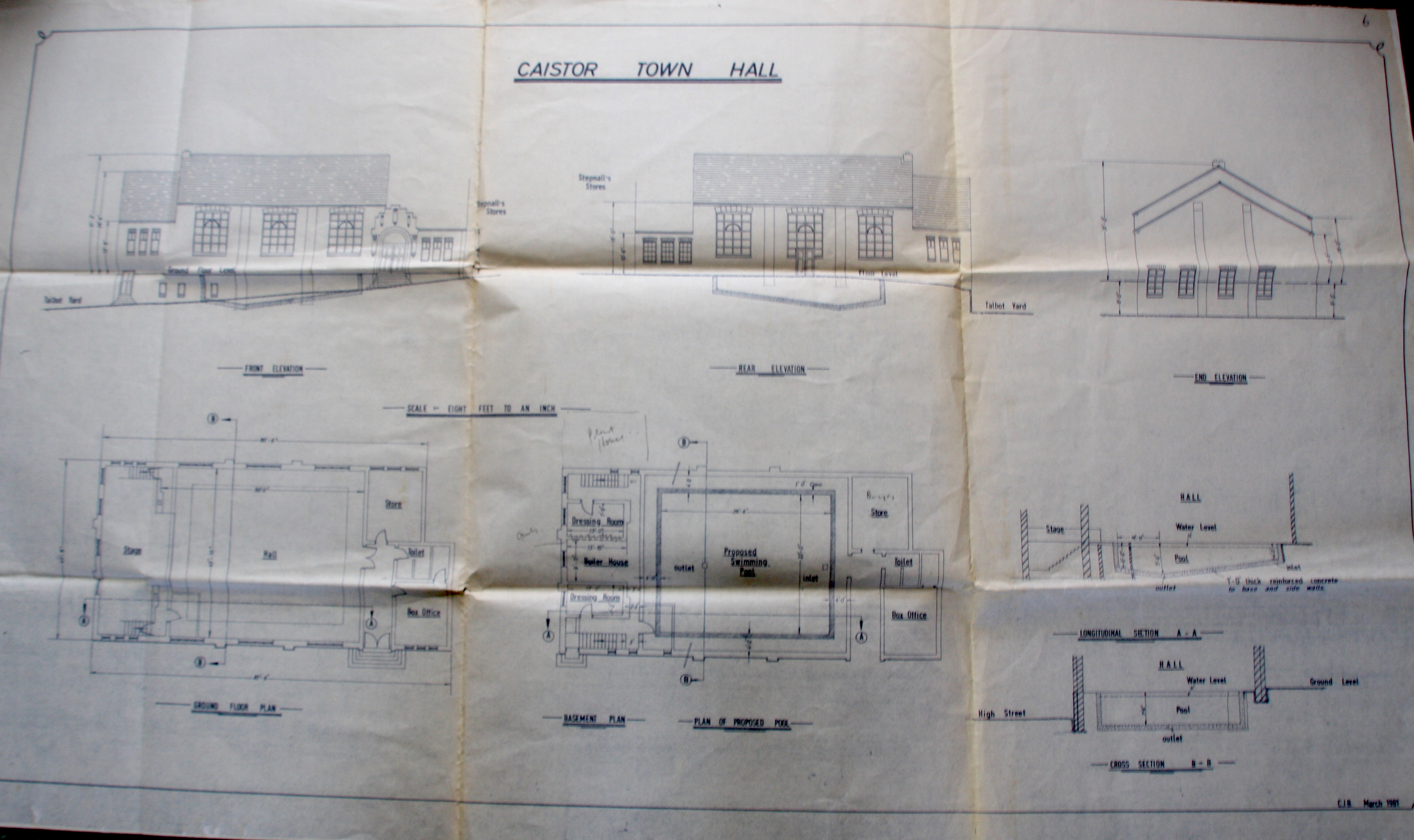 In the early 1960’s it was proposed to convert the Town Hall to an indoor swimming pool. The first document is a letter dated July 22nd 1961 written by Mr. E. Chapman, Clerk to Caistor Parish Council to Mr. C. G. Barr, M.B.E. Clerk to the Rural District Council (RDC):

“I am directed by the Caistor Parish Council to write asking for your Council’s support in the newly formed scheme for a swimming pool in the Public Hall. This scheme would envisage a portable floor, so that the hall could be used as a community centre during the winter months.
One of the first tasks will be, of course, to raise funds to enable this project to be successfully carried out……”

A reply was sent on the 27th July:
“….. from the unconfirmed information they have before them they (RDC) were of the opinion that perhaps they would be unable to approve the proposal for a swimming pool in the Public Hall, Caistor under the Council’s Byelaws.

They recommend …. obtain(ing) the views of the Lindsey County Council.

Should the Parish Council’s proposal be not acceptable, this Council are prepared to assist in selecting a site for an out door swimming pool…..” 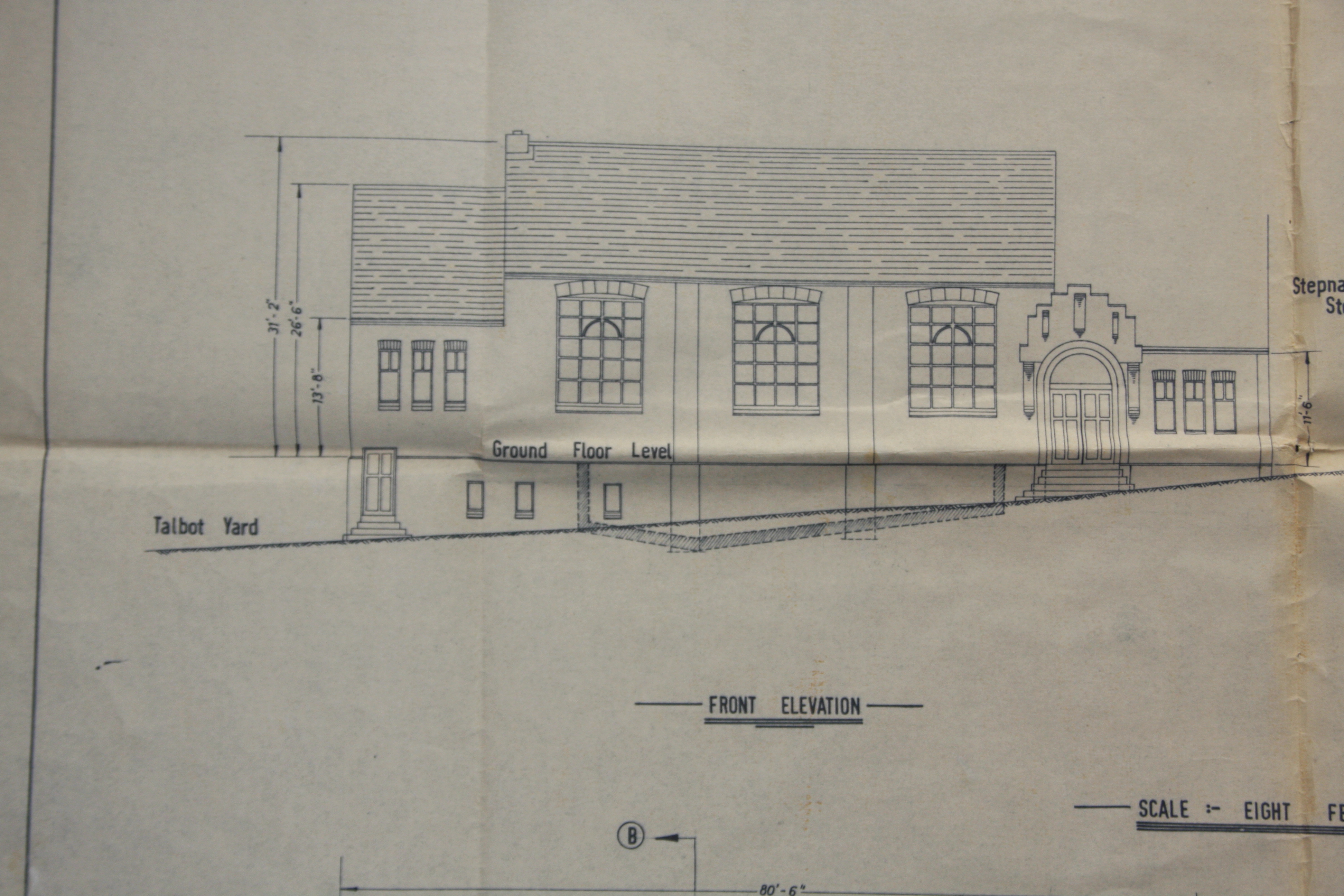 October 7th 1961 Lincolnshire Times reported:
“…. The RDC Public Health Committee has suggested informally that certain proposals which have been outlined are not “feasible or desirable”. If the present proposals were dropped, the RDC would be willing to assist in obtaining a site for an out door pool.”

October 14th 1961 The Market Rasen Mail published a letter by Alan S. Holt, Chairman of the Caistor Swimming Pool Committee:
With reference to not being ‘feasible or desirable’. “…… This is in direct contradiction to the facts. Two qualified civil engineers have stated that there are no great technical problems involved and that the scheme we envisage is entirely feasible.
Regarding the desirability of such a scheme I can only point out that at a public meeting held earlier this year it was unanimously carried that we try and make it a reality….
….The pupils of the Junior school and the Grammar school have between them raised over £80 already by selling ‘bricks’ at a shilling each. More efforts are planned.
Finally may I say that an open air pool requires attendants and maintenance and due to the vagaries of our climate is unsuitable for regular class teaching by schools….”

November 18th 1961 Lincolnshire Times:
“Caistor folk are divided on the issue of what to do with their Town Hall. Should they turn it into a swimming pool or should they extend the present facilities and make it a better social centre?
The majority are for converting the hall into a pool. This would cost £8000 compared with £20,000 for building a new pool…..
The swim pool scheme would include complete redecoration of the main hall, the provision of a new central heating unit and a wooden floor which would be put over the pool during the winter months…..
…Youth club leader, Mr Arthur Clark is one of those who would like to see the hall returned to its former glory.
He said, ’Of course we would like a swimming bath in Caistor, but by not converting the Town Hall into one. Anyway, a bath in that small room would not be big enough. I can’t see it as a financial success either’.
Mrs. E. A. G. Whitfield agrees…..’The first consideration is to get the hall in ship-shape condition,’ she said. ‘The main body of the hall needs redecorating and the floor repairing.’ …….” 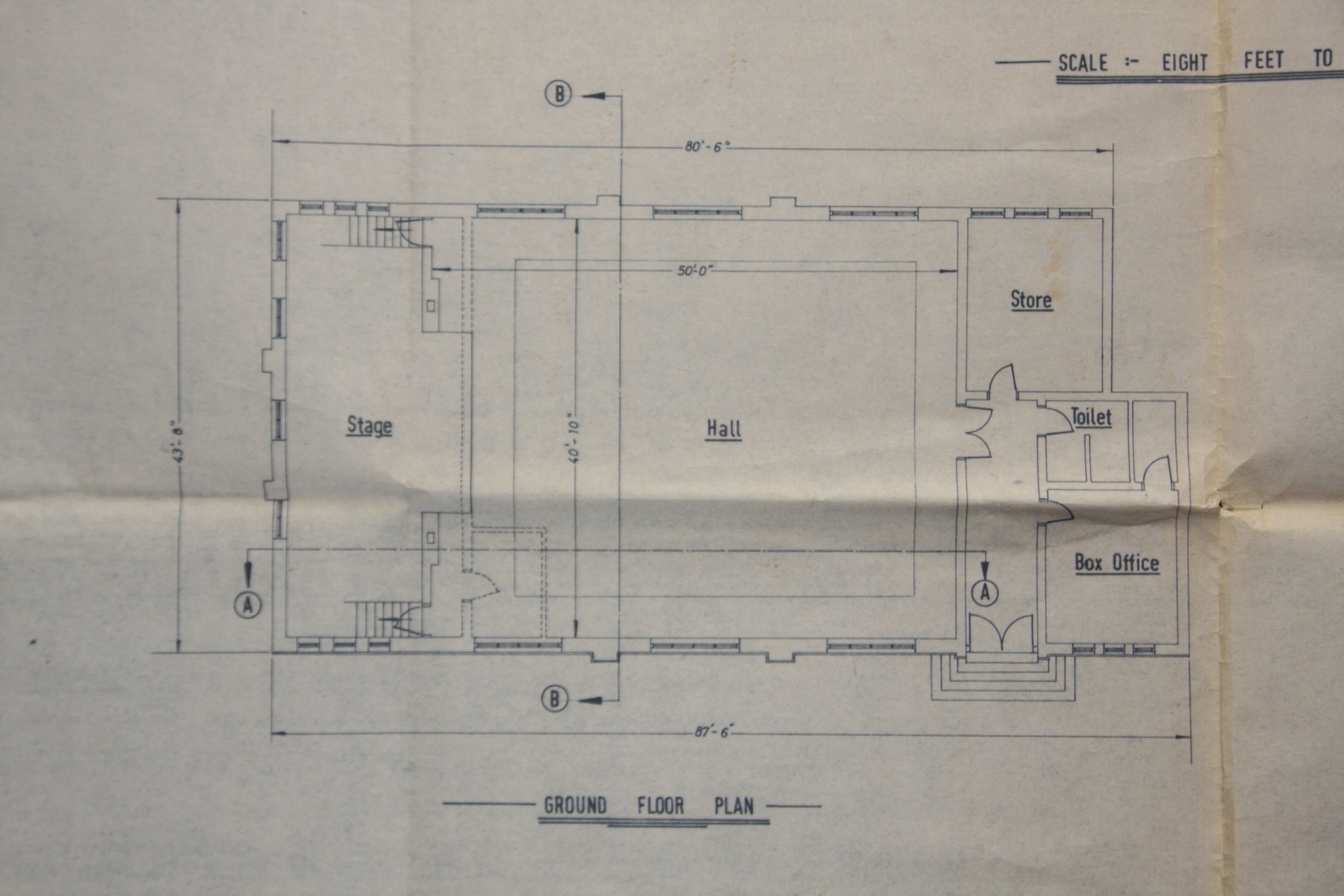 November 21st 1961 A meeting was held at the Council Chambers between a sub-committee of the Public Health and Planning Committee, the Caistor Parish Council and their honorary technical adviser for the purpose of discussing the various technical aspects of the work involved in the construction of a swimming pool in the Public Hall.

At this meeting it was proposed that the pool would be 38’ 6” x 32’ 0” with a depth of water varying from 3’ 6” to 7’ 0” and then returning to 5’ 6”. The capacity would be between 39,000 and 40,000 gallons. The pool would be filled once a year and used in the summer months only. It was anticipated that there would be one man permanently employed during the period the pool was open for use; this person would need to be a sound swimmer.

December 9th 1961 The Market Rasen Mail
“At a meeting of the Caistor Parish Council on Tuesday Coun. A. S. Holt, Chairman of the Town Hall Committee reported that his committee had met with the Public Health Committee of the RDC… and Mr. V. G. Hudson presented them with a questionnaire. The answers given satisfied the Committee and the Chairman said he was pleased and gave an assurance that the Parish Council would receive the support of his committee in this matter…..”

February 19th 1962
The following was anticipated:
• The pool would be in use for six months or more each year.
• As far as schools were concerned it would be available to any parish which can send children
• Capital cost £10,000
To be met by
loan £2,000 over 20 years @ interest ¼% above current base rate
public subscription £2,500 (based on grant from Ministry of Education)
grant Ministry of Education ⅓ 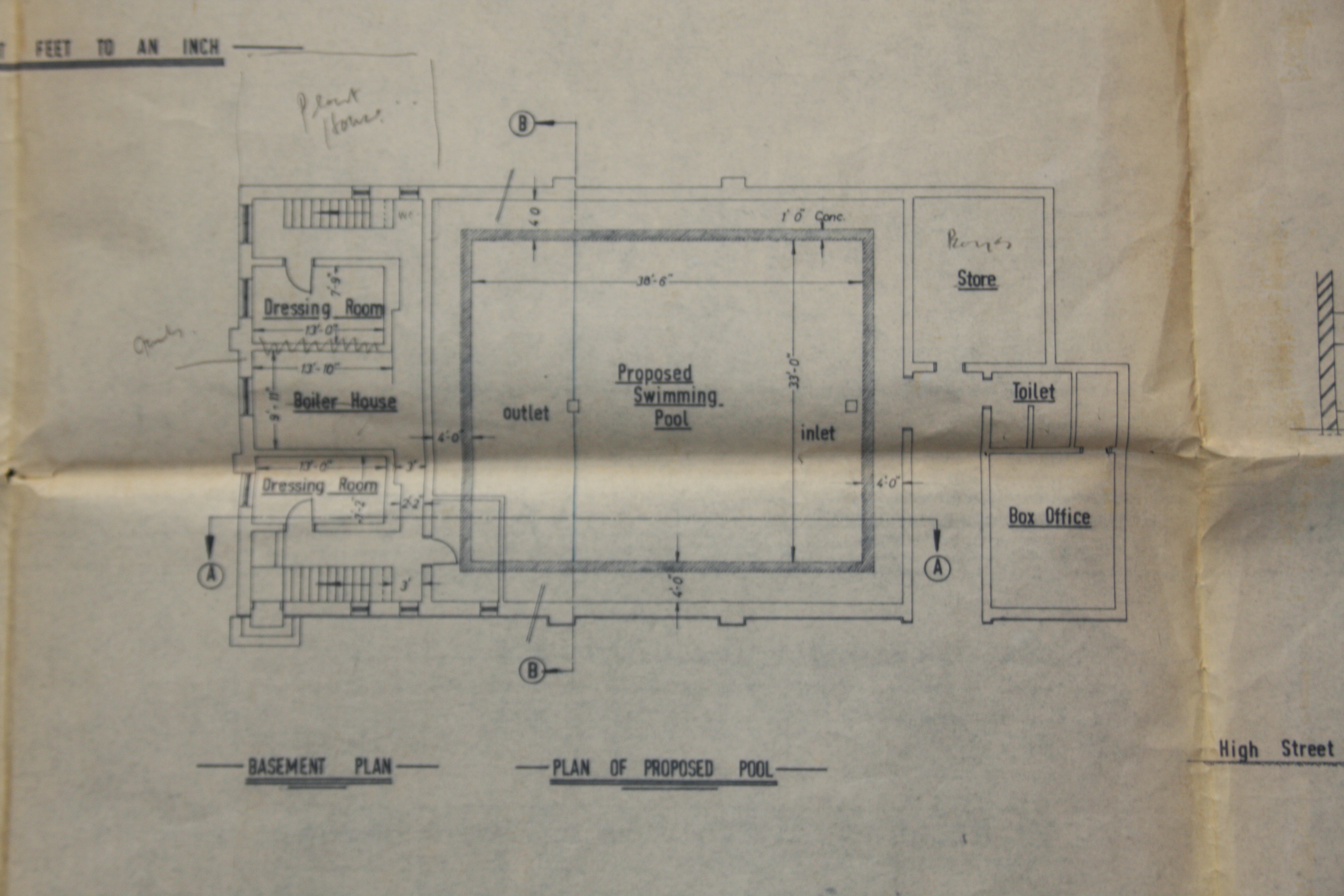 August 31st 1962
The Parish Council wrote to the RDC saying that there is a need for swimming facilities in Caistor for the children and other residents of the town and rural district. That a new independent swimming pool committee be formed from representatives of the Education Authority, Caistor RDC and the Parish Council. By the 20th September the RDC delayed a decision until the Parish Council submitted details of the present position of the proposals for the provision of swimming facilities.
Mr Alan Holt replied giving a breakdown of the actions taken since the initial public meeting.

November 7th 1962
A detailed paper is presented to RDC General Purposes Committee. It stated that there was a need for swimming facilities in Caistor and the possibility of converting the Public Hall should be investigated.
Coun. Hudson suggested that a new swimming pool built on some of the South Street Park land would be more practical and realistic particular as it was a sheltered, slopping site with ample space for car parking..
At the time there were 3 proposals to construct swimming baths in the district i.e., Brigg, Market Rasen and Caistor.
It was suggested a smaller pool 75’ x 30’ (compared to 100’ x 42’) would be more realistic for Caistor as an “agricultural type building” could be used. ‘The front would be mainly cascalite or similar and would need a series of double glass doors approximately 7’ high to allow for ventilation in the very hot weather. Some roof lights would also need to be provided. The sides and back walls would be of normal construction but, if the site chosen were on a slope of the hill, these would not be conspicuous or unduly expensive.
Estimated Capital Costs
Larger Pool Smaller Pool
Pool 6,000 3,500
Chlorination etc 5,000 3,000
Heating 1,000 600
Covering In 7,200 3,000
Services 400 350
Changing Rooms 2,500 1,500
Access Paths 100 100
Car Park 500 500
TOTAL 22,700 12,500 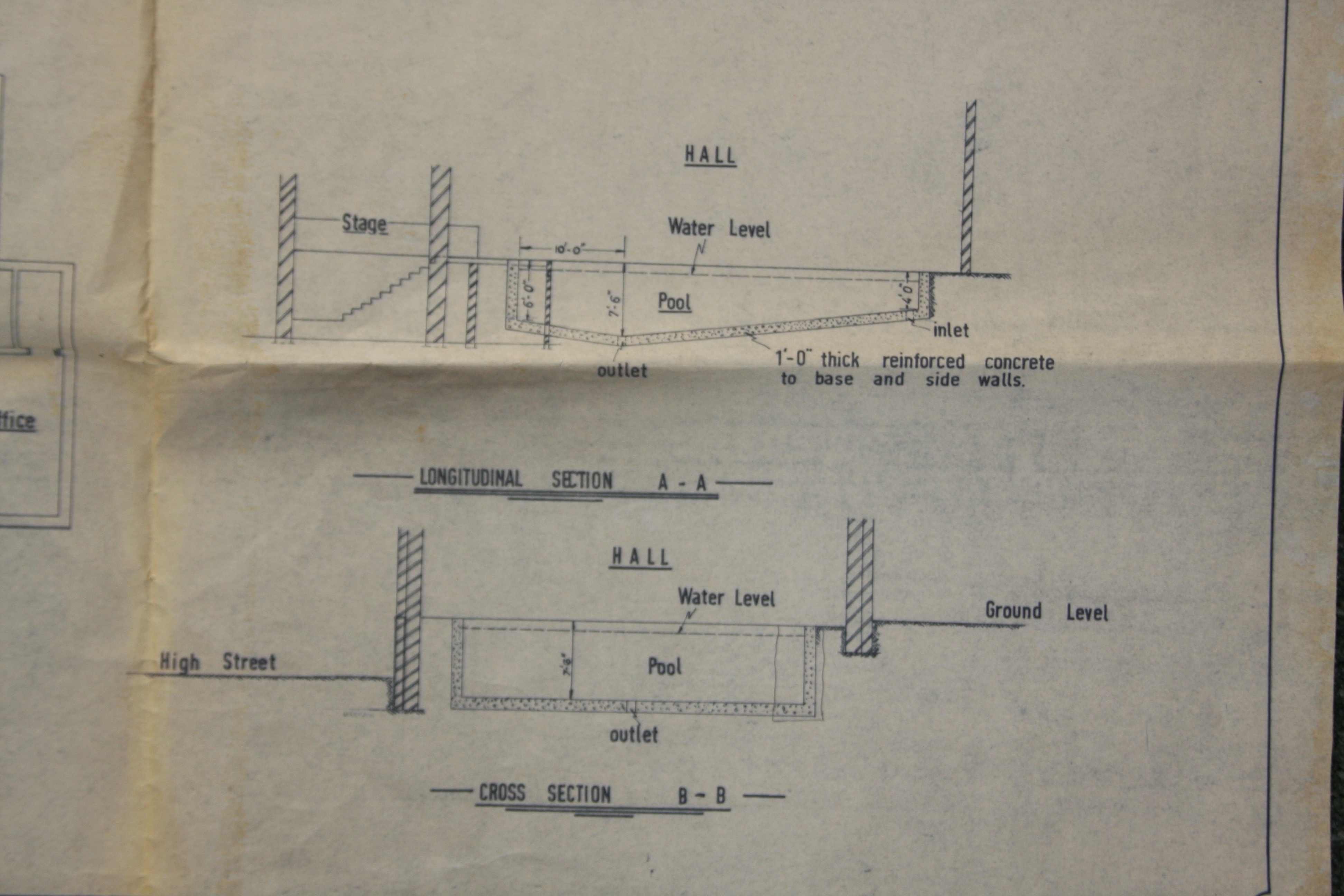 By April and May 1964 details were being obtained about suitable pre fabricated building.

July 16th 1964 – Letter from the Clerk to the Grammar School Governors to the Caistor RDC.
“As you may know the Education Committee … are giving a contribution of £1,000 for the provision of a Purley Pool to serve the Grammar and Yarborough School; the site agreed by the two schools is in Grove House garden between the end of the tennis court and Mr. Hallet’s garden.
The schools have agreed it would be better to provide the biggest pool available which is 49’ x 25’ x 4’ in depth throughout, with the provision of a building to cover it and two changing rooms. The total cost will be £2,500. There will be a heater and filter plant for the water. You will see that £1,500 has to be raised locally.
There is every likelihood that the Grammar School will be able to raise £1,000; £600 is in hand and the Parent Teacher association are giving £100 and are organising a draw. The school is holding a fete on the 18th July also, and from this and the draw it is hoped to raise another £300 to make £1,000. The Yarborough School have also promised assistance.
Would it be possible for the RDC , who worked so valiantly to preserve the Grammar School for Caistor, to make a grant towards the provision…..?”

October 12th 1964
Letter from the Surveyor to the County Planning Officer.
The swimming pool “is being built largely by voluntary labour…. The intention is to erect as cheap a cover to the pool as is feasible…. The actual appearance would, of course, be identical with a normal agricultural building but the site would be away from the main structure, present or proposed, and the building would be as low in height as practicable….” 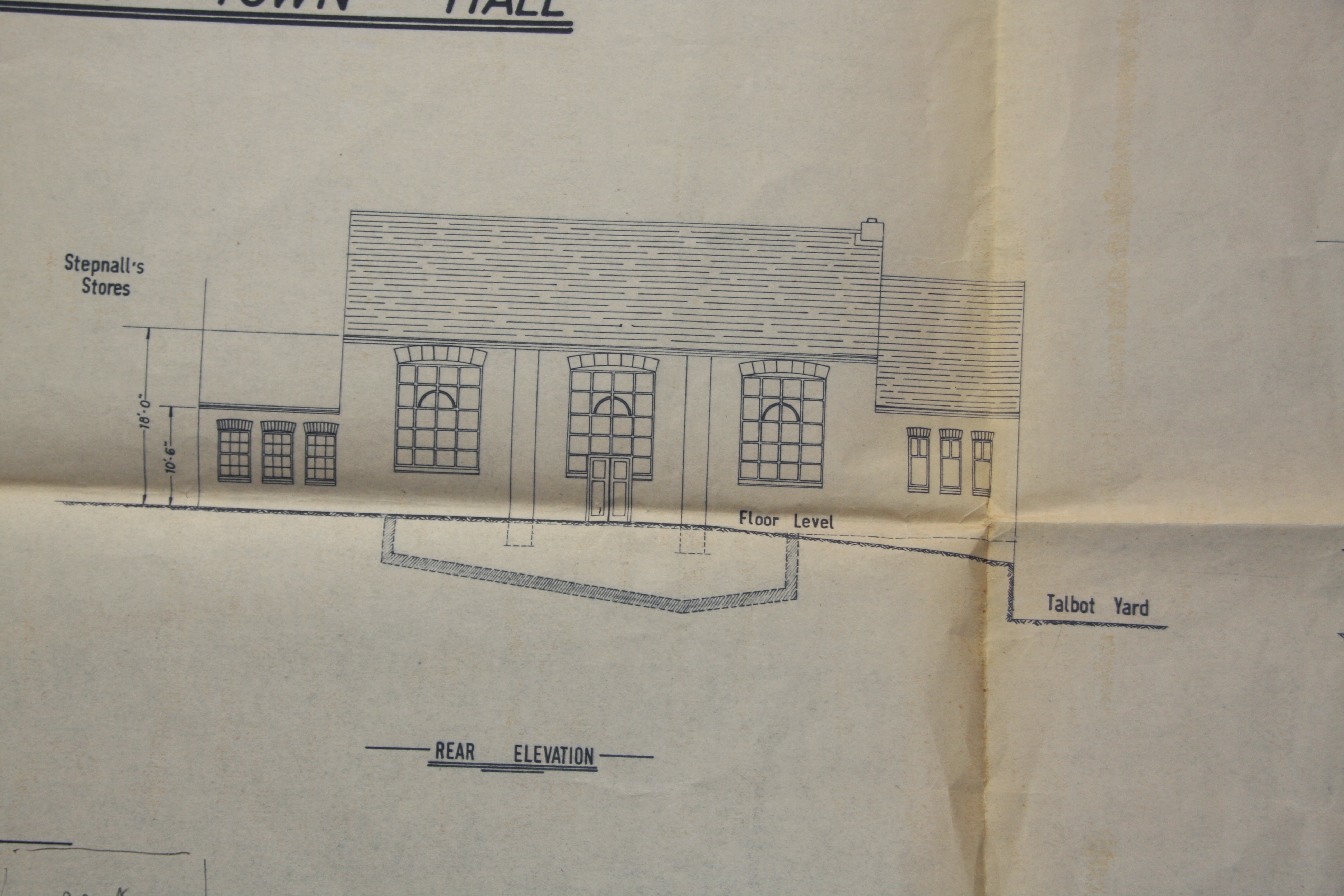 November 20th 1964
Letter from the Clerk of the Council to Clerk to the Governors
“…I am pleased to inform you that they (Council) have decided to make a grant of £200…..”

January 16th 1969
Letter from the Surveyor to the Building Research Station
“The local Grammar School have a private covered swimming pool and seek to form some ‘boy proof’ partitions for use in the changing section. Is there any particular form of construction you recommend for this? …….”
Reply January 24th 1969 “… I regret to say we can think of no lightweight panels which could be guaranteed as being ‘boy-proof’. Lightweight panels in most common use …. is unlikely to withstand a determined onslaught from pen-knives and other sharp instruments. All that we can suggest therefore is the use of precast concrete panels ….. clad with glazed ceramic tiles…..”

June 2nd 1969
Letter – Grammar School to RDC
“…. The swimming bath used by all secondary school pupils is virtually complete …. It is anticipated that approximately £300 must be raised before we can settle the accounts.
The Grammar School pupils will contribute to the Swimming Pool Fund by taking part in a ‘Sponsored Swim’……”