Roman stone in the cellar. Not been verified as part of the wall although it is in the area of the original wall

Coats of Arms of the Walpole and Wickham families

The Lion represents the Tennyson family

The first occupant, Daniel Wickham, had married a Walpole

In 1835 the Rev. Charles Tennyson lived here and was granted permission to use the surname Turner.

In the Mid C19th a Dr John Mackintosh lived in the house “the surgery entrance was opposite the entrance to the Smith Ellison and Company Bank” (in Bank Lane). George Haddesley writing about the 1870’s in 1940.

The 1881 census tells us that Dr Cameron, his wife, 3 children, a cook, housemaid, nurse and groom lived here.

“… Caistor House where lived Dr. Gaman who bought the first motor car in to Caistor in 1906. When we knew he was coming down our way we would go outside to see him pass.” Jessie Bryan.

Dr Gaman died in 1910 and he was followed by Dr Fraser and then Dr. Frank in World War II. 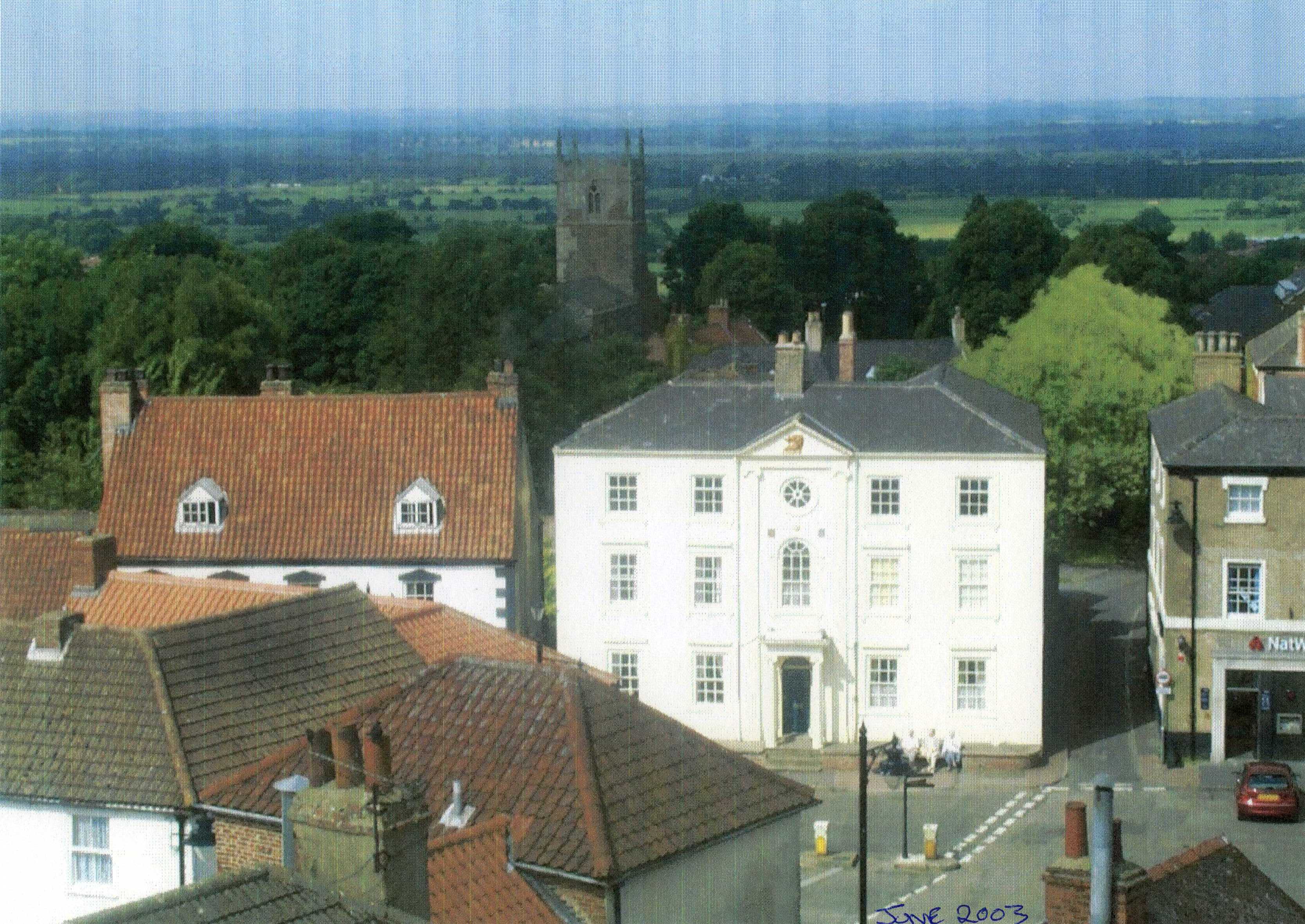