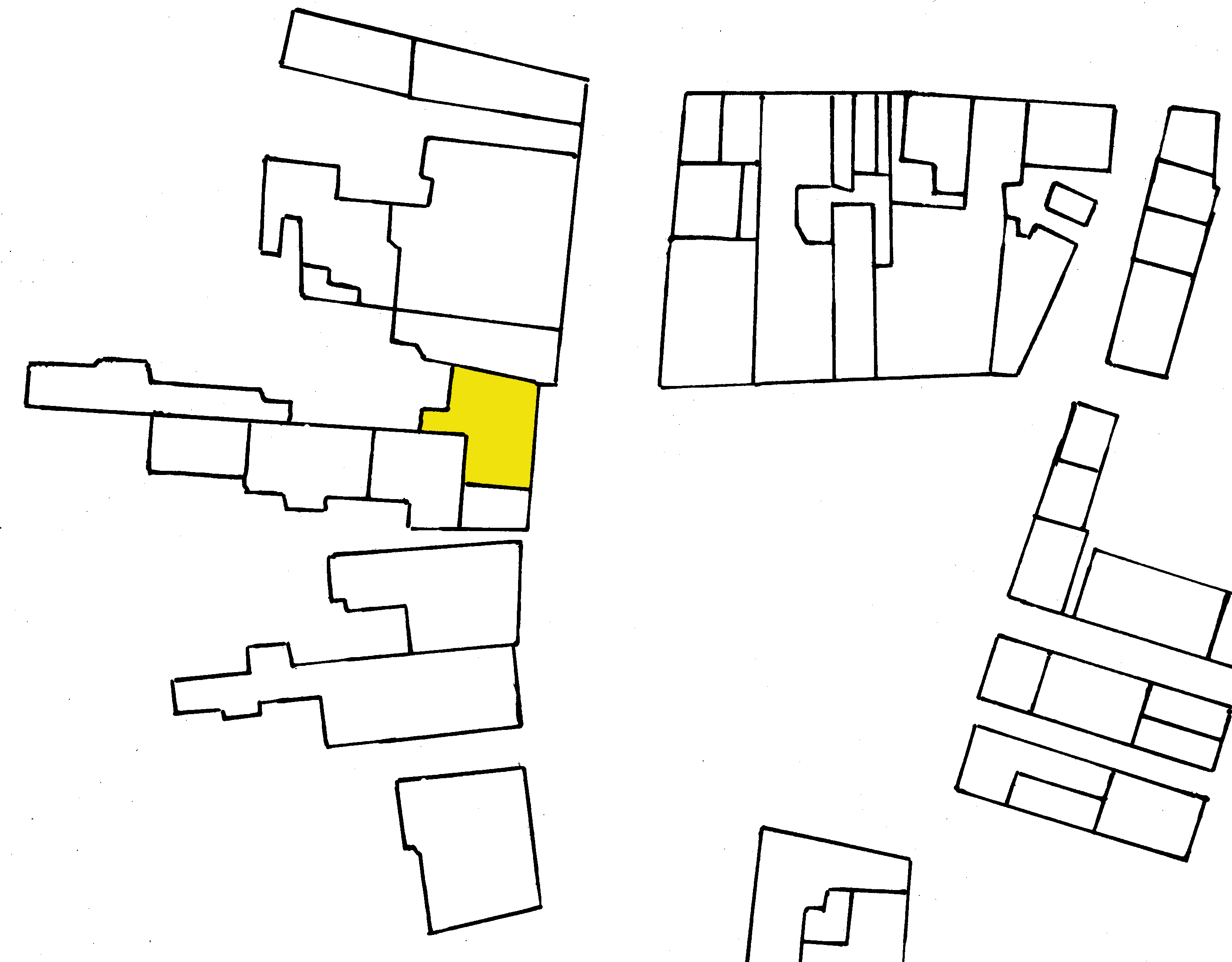 Rev. David Saunders from “Caistor Market Place’ published in 2012
This property was..” held by a branch of the Pybus family for many years….
William Pybus was a native of Hull and a watch Maker, who settled in Caistor in the early 1800s. His wife was a daughter of Mr. Craft a local miller.
The premises had been owned by Mrs. Lawrence, but she sold to William Hannath, a prosperous butcher in 1832 William Pybus was a sitting tennant, and had been there since, at least, 1814.’ William Pybus “was able to buy” the premises “after William Hannath’s early death for £745.
What he bought also included separate premises behind his house and shop. The 1842 Census listed a Sarah Watmough, a confectioner. She had living with her Mary Kirkby, a widow, and Mrs. Kirkby’s nephew, Edward Frankish.
Later in the century these premises behind Pybus’s had a more commercial use; in February 1863 there was a fire in the workshop of Henry Pybus, cabinet maker, (one of William’s sons). The fire also affected a Mr. Alcock, a chairmaker, who had premises above Henry Pybus’s, and Mr. Thomas Kirk’s nail making and ironmongery business. Mr. Kirk was already established there in 1851, and his widow, described as an ironmonger, was still resident in 1871.
… William Pybus …. in March 1845, he suffered personal loss as a result of a burglary; eighteen silver and other watches were taken. Later old age and its infirmities apparently caught up with him, for in 1861 he was listed not as a watch maker but as a dealer in flower pots and baskets. He died in in August 1861, leaving Mary, his wife, and Anne, his daughter in the house.
Mary according the the 1871 Census, became a flour dealer, but she died January 1872. Anne Elizabeth stayed on, as a china dealer. She didn’t give up until 1904.
Anne Elizabeth sold the property to Fred Smith the butcher and Caistor RDC member.
To the south were R. J. Watson’s executors, to the north Mr. Mudd, and to the west a private road from Chapel Street.”

LINCOLNSHIRE CHRONICLE – February 20th 1863
CAISTOR – The inhabitants of CAISTOR were much alarmed, on Thursday evening last, by loud cries of fire, and the alarm was greatly increased in perceiving a dense volume of smoke and flame issuing from behind the premises in the Market Place, occupied by Mr Pybus, watchmaker, and Mr Levick, druggist. On proceeding to the scene of the conflagration, it was found that the workshop in the occupation of Mr Henry Pybus, , was enveloped in flames. Serious fears were at first entertained for the safety of the warehouse of Mr Levick, in which were stored large quantities of matches, paraffin, oil, and other highly inflammable materials, but there being plenty of ready and willing help at hand, the place was soon cleared of its contents, and the arrival of the fire engine, which was immediately got to work, and a plentiful supply of water, soon placed the warehouse and other buildings which lay contiguous to the fire beyond the reach of danger. By vigorous efforts of the people assembled the fire was confined to the building in which it originated but was not subdued before the shop and its contents were destroyed. We understand the place was not insured.

At the start of the C20th Jessie Bryan tells us “ was then a watchmaker and jewellers owned by Mr. Pybus. He was also a noted maker of clocks and one of his ancestors was paid £3 per year for keeping the Church Clock in order.”

At one time the Pybus family had a major fire on the premise.

In the 1920’s and 1930’s this was A Collishaw’s the family butcher selling only the best and Corned Beef and Pickled Tongue. Mrs Parks worked for Mr. Collishaw. I believe that Mr. Collishaw only occupied the left hand side of the premises and at this time there would have been two shops on this site.

By the 1960’s the shop was run by E. Marriott a beef and pork butcher. He made his own pork pies, sausages and cooked meats.