1896 March 2nd …. the Clerk enquire into the rent paid for the exhausted chalk quarry on Whitegate Hill & sand pit on Kelsey Road.

1897 January 4th … an application for the old chalk pit from Mr. D. Robinson …. that Mr. Robinson rent the pit at 10/- per annum to commence on March 25th next. …. that Mr. Meanwell be requested to give information regarding rent etc. of chalk pit & sand pit…

1934 January 30th ….“At a meeting of the Caistor W.I. …. It was resolved to call the attention of the County Council to the very dangerous dyke by the side of the highway on the North Kelsey Road, Caistor, and to ask if this dyke cannot be piped in and a proper footpath made.” … the Resolution be supported by this Council. Caistor Town Council Minutes 21st June 1932 – 12th December 1944 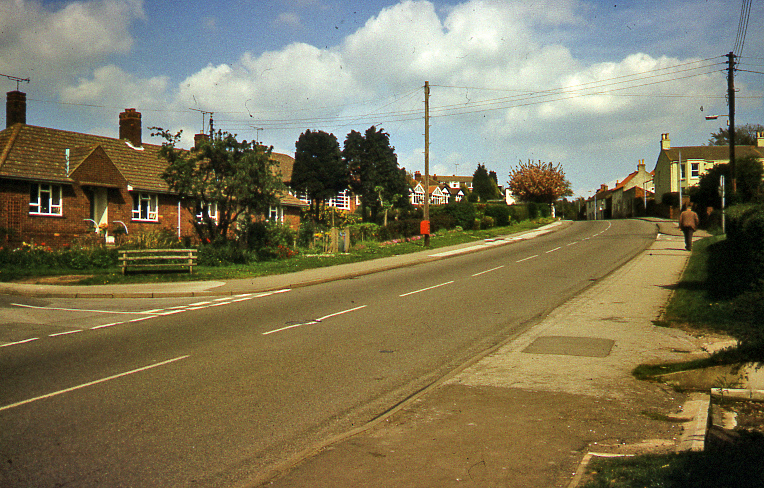 1935 March 12th …. It was reported the seat on the Union Road had been broken and was continually being removed on to the footpath thus making it dangerous to the public….. to make arrangements to have the seat fetched in and stored until such a time it could be repaired.…. Caistor Town Council Minutes 21st June 1932 – 12th December 1944

1935 June 25th ….. the Caistor Women’s Institute calling attention to the unsafe condition of the footpath on the Kelsey Road …. The matter is already in hand and the necessary repairs will be carried out …. Caistor Town Council Minutes 21st June 1932 – 12th December 1944 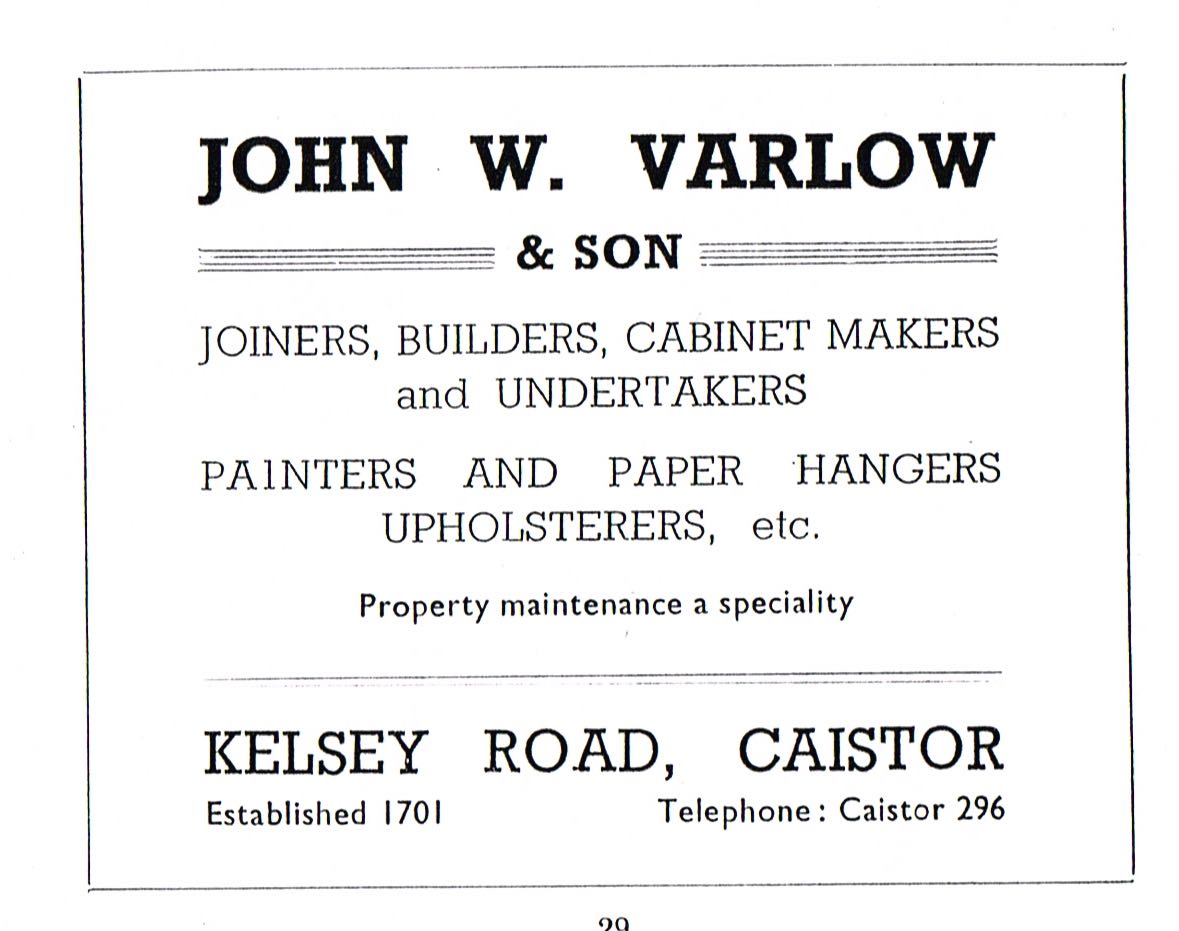 Catherine Stones – I can remember nipping through the cemetery near the Grammar School, down a ladder into Varlow’s yard and looking in the big shed where they did all the woodwork. There would be loads of shavings. It was near Jenny Langley’s house. 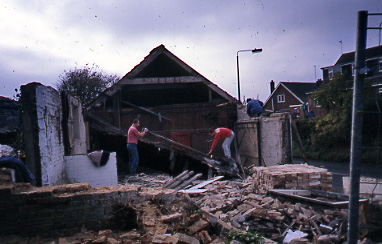 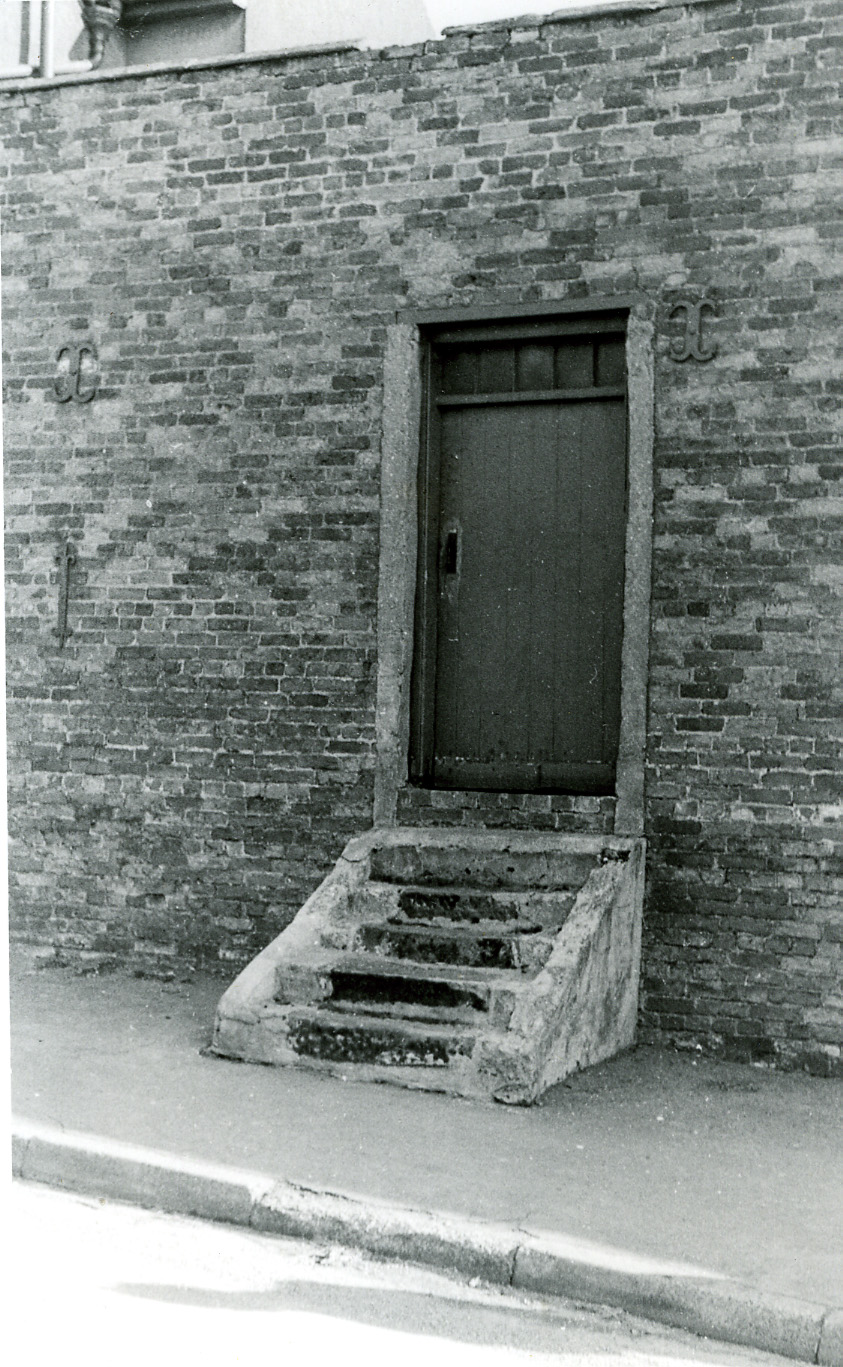 Coles Farm
Incendiary bombs were dropped on the farm and the stables were destroyed.