From the Rev. David Saunders archive.

Memories of Frances Ruth Gamanwho lived in Caistor 1899 (born) to 1923 Father Dr. Francis Gaman and mother Sophia. She was not living with her mother in 1911 and I have been unable to find her on the 1911 census. Written C1980s.

My father came to Caistor because the Vicar put an advertisement in the Church Times asking for an organist for the holidays. My Uncle Harry Gaman, a schoolmaster, saw it and came to stay at the Vicarage for two summers running and remained a friend of the family for many years. Presumably, he thought it would be a good place for my father to have his first practice, which he did. 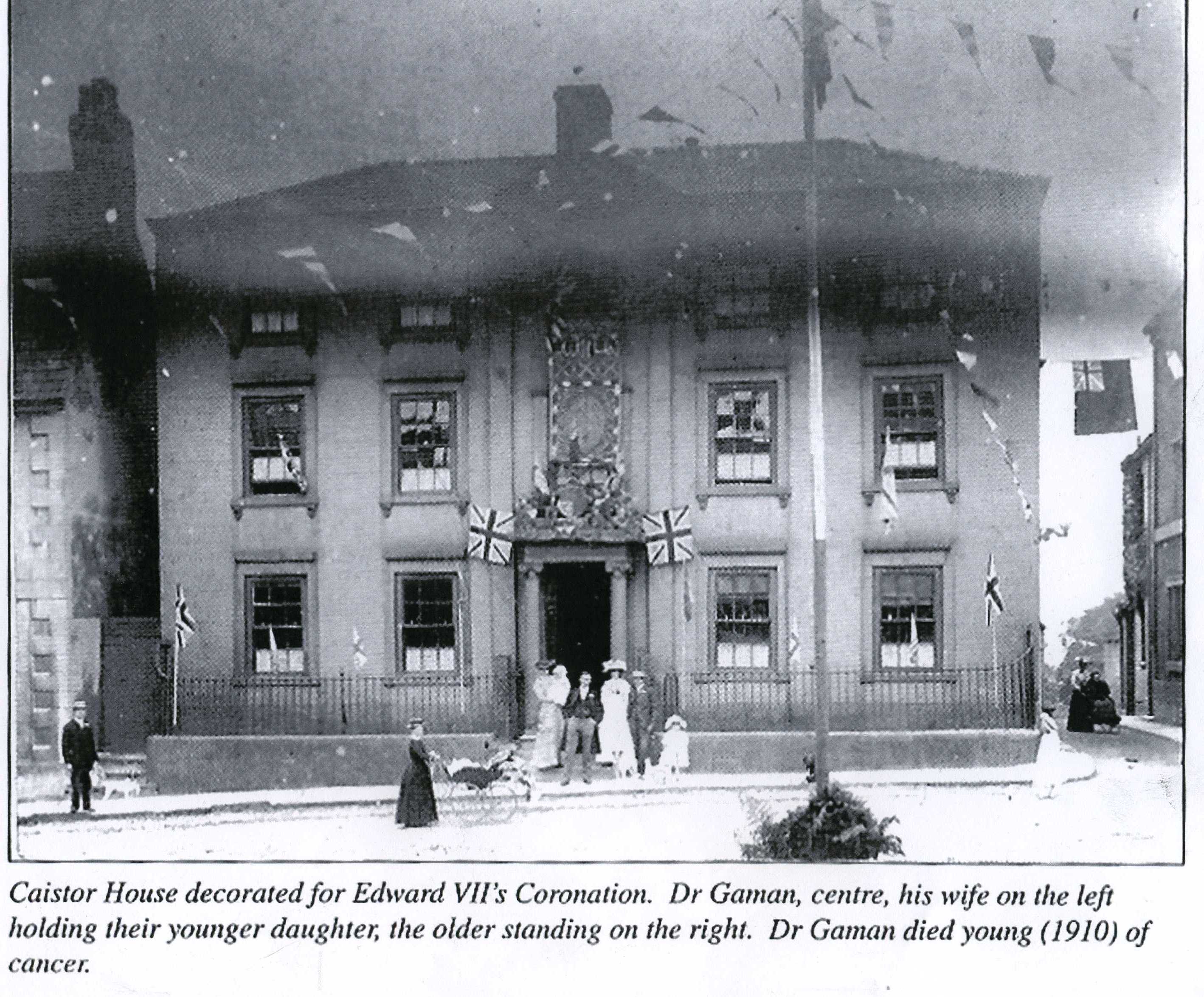 He married my mother, Sophie Marvin and they settled down in the enormous Caistor House in 1898.

You mentioned deed etc. of the house. I always understood it was rented from the Tennyson family.

Mr. John Elliott Lamb came to Caistor as a result of reading an advertisement when in Malta on his way home from the South Africa War. He took up the appointment and practised as a solicitor in Caistor for his whole professional life. He was much respected. He served as a Territorial in the First World war, and I think was connected with the Observer Corp in the Second World War. He married my mother’s youngest sister, Ruth Marvin,, and after Miss Marris died they lived in the Old Vicarage until my Aunt’s death. Mrs. Christine Lawson and Mrs. Dorothy Cochrine are their two children….. To return to Uncle Jack Lamb.  He was a church warden and very much interested in maintaining the fabric of the church. There is a small table in his memory just inside the church door somewhere near the tablet to Hilary Westbrooke. The family, as you no doubt know had two other sons and one daughter Joyce.

We are connected with Clixby because my father, grandmother, Mrs. Marvin and two children are buried there. My Uncle, Mr. Archibald Marvin left a small sum to it, and I think there is a small plaque in his memory.

Groceries mainly from Mr. Hedley Parker who sent them by his ‘boy’, quite an elderly man.Papers etc. from Parker’s, up the steps. He also had a toy shop.

Tailoring from Mr. Mudd in the Market Place.

Dresses made by Mrs Philipson nearly opposite Town Hall.

We also had occasional expeditions to Grimsby or Lincoln.

Mr. Johnny Varlow, a bearded gentleman, was the decorator. He married our cook, a very kindly figure from my childhood.

Briggs had the ironmongery etc. a store opposite Caistor House.

I cannot help you much about Mr. Westbrooke. To us as children, he was rather a distant figure, kindly but withdrawn from our point of view. The curates, Mr. McDougall and Mr. Lock were very different, and we knew them well. They used to come to tea and, Mr Lock especially, was very lively.

Mrs. Westbrooke was very social, not at all a typical vicars wife. She was a great reader and used to borrow enormous books of World History, and presumably read them one by one.

The Vicar himself was very much interested in the past, especially the Romans and said Caistor should be spelt ‘Castor” as it was a Roman Camp. He had that printed on the Parish Magazine but people did not take to the idea thinking their letters might go astray.

Transport This is as much as my sister has described it. It was safe and efficient. From the age of 11, I went backwards & forwards alone except for crossing London from Caistor to St Anne’s School, Redhill, Surrey, where Epson College (Founded in 1853 as a boys’ school to provide support for poor members of the medical profession such as pensioners and orphans)had given me a presentation for the orphan daughters of medical men. Dr. Gaman (her father) died in 1910. It always worked to plan, and I never had occasion to feel frightened. You could not say that now.

Locally, we went in wagonettes or my father’s dog cart until he and my uncle, Mr. Lamb, had the first cars in about 1908. Ours was a Dion Bouton & we sat in the tonneau well wrapped up. The horses we met were frightened & sometimes stood on their hind legs and pranced around.

Entertainment Concerts & theatricals in the Town hall, where later the first cinema film was shown.

We heard the first radio in about 1920. One evening S Fraser took us to the pub for it, but it was only weird noises, much to our disappointment.

A well-remembered event was the Palestine Exhibition when I was 8 or 9. It must of toured the whole 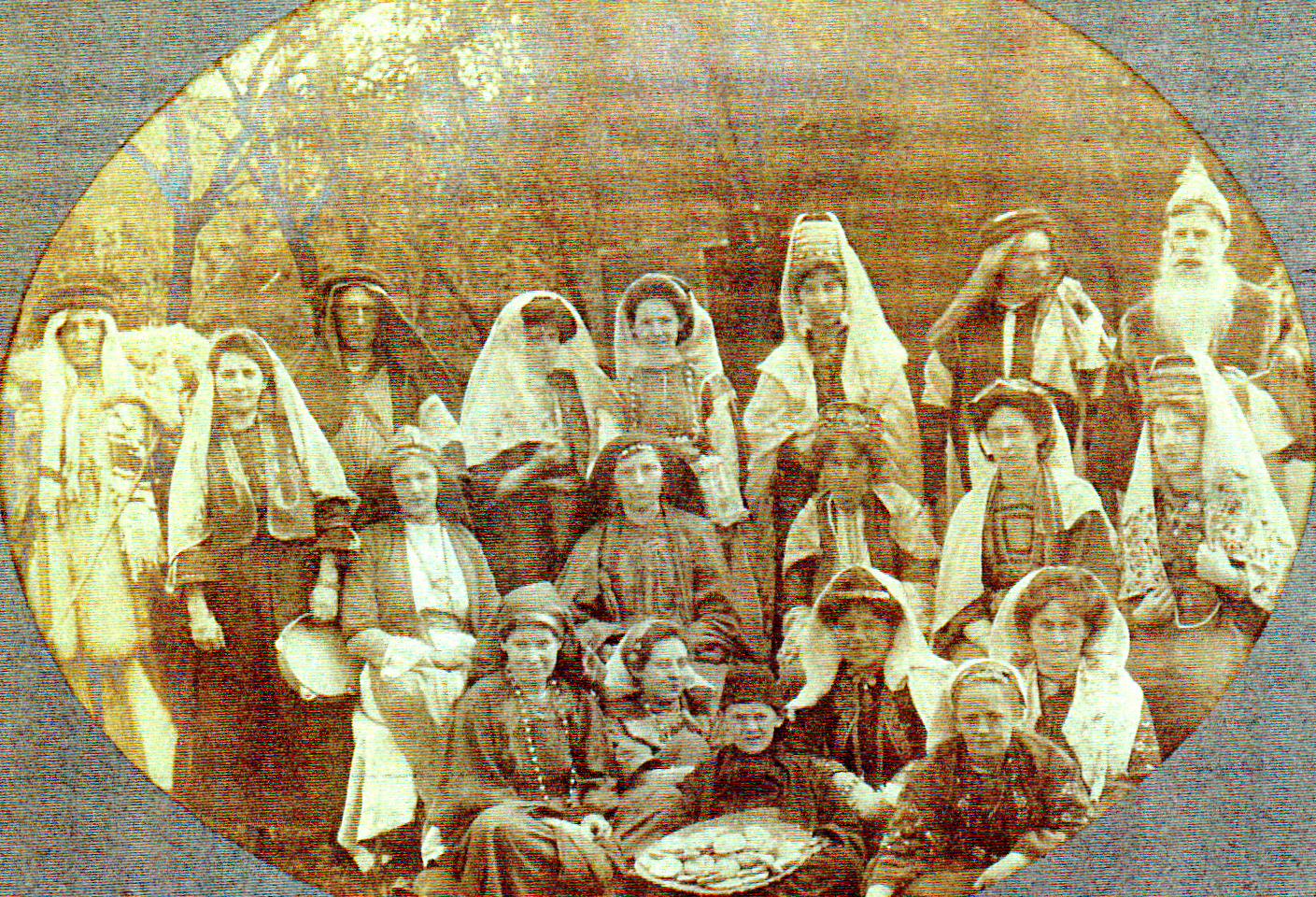 county with genuine costumes which we all wore & paraded through the town. My uncle (dark skinned) made a marvelous Arab. I suppose we also had stalls & meetings in the Town Hall. I suppose it was an Educational Missionary effort, but I only remember the dressing up part which we thoroughly enjoyed!

Transport Horses and the railway connected Caistor with the outside world quite efficiently. Two splendid horse buses (one from the ‘Red Lion’ and one from the ‘White Hart’) met all trains at Moortown 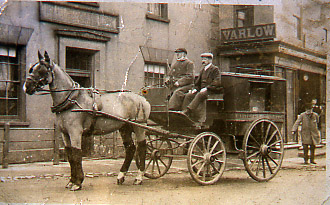 Station. It was possible to go into Lincoln or Grimsby or even Hull for a day’s shopping. Still. The advent of the first motor bus to Grimsby was very welcome. (In the 1914 war it ran by gas, with a large gas bag on top – rather smelly). However, these excursions were not frequent & the young of Caistor had to provide their own entertainment. We occasionally went to Cleethorpes for the day in a hired wagonette.

My father had the first car in Caistor but had to keep horses as well in case it went wrong & he was called out to distant patients.

The Market Place As we lived, first, in Caistor House and then in the Bank House we had an unrivaled view of all that went on – political meetings, interdenominational services on state occasions, fairs and occasionally, to the disapproval of our elders, menageries. The two latter entertainments were barred from the Market Place, rightly, as a health and safety risk. But I never see a roundabout without remembering how the travelling fairmen used to erect one on the sloping ground in Caistor. We loved the fairs in the Market Place and watched every detail of setting things up and the gypsies life round the horse caravans. Our noses were almost glued to the nursery windows.

begun to admit girls and had also built on new classrooms & a lab on to the original buildings. Many of the boys and girls had to walk or cycle long distances from outlying villages. Educationally, it was a good school particularly in mathematics, of which Mr. Coxon was a brilliant teacher & when I went to boarding school at the age of 14 I was well ahead of other girls, except in Latin.