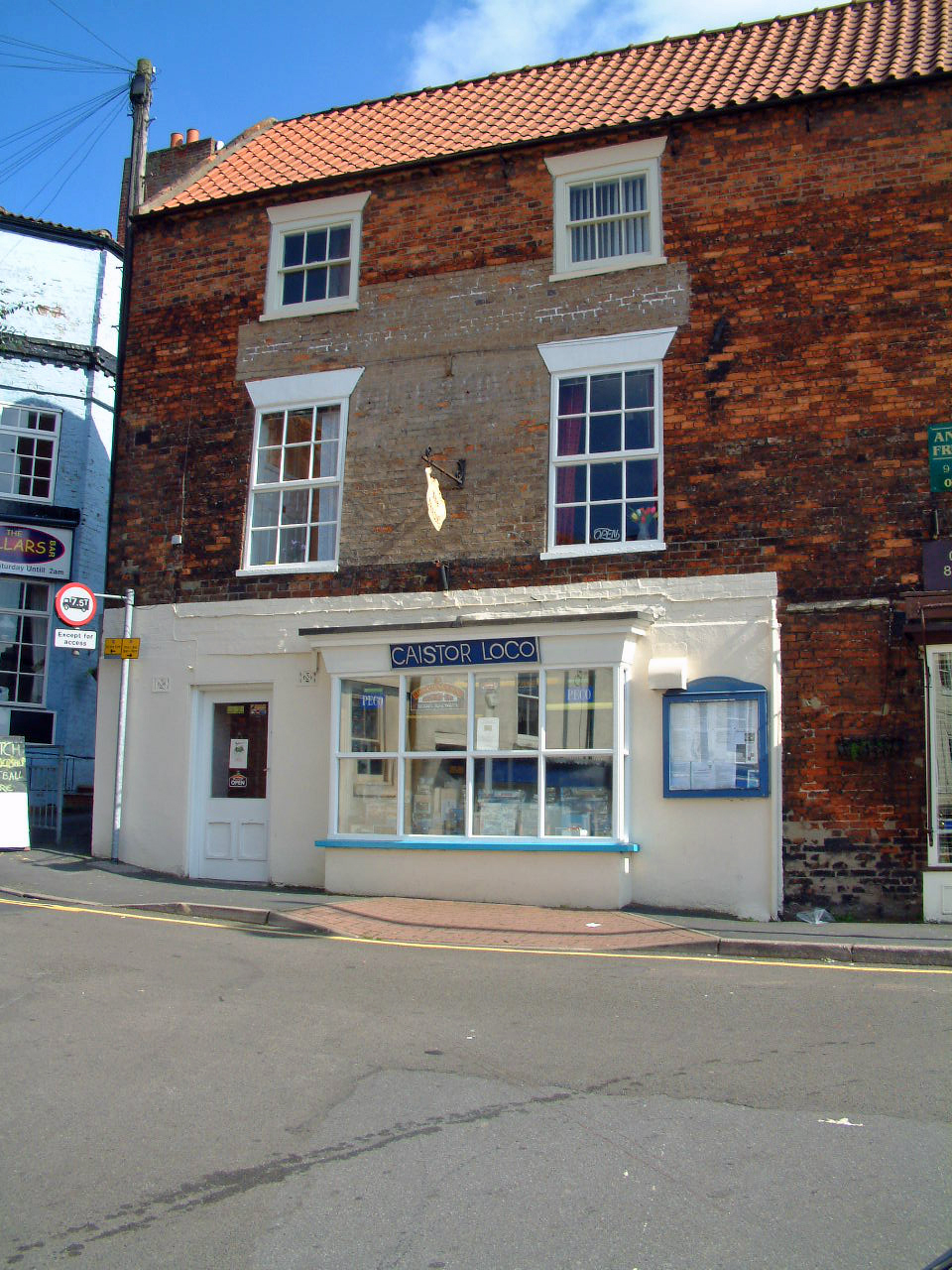 Haddelsey “At the corner of the Market Place under Mr. Dents the saddler lived, Nancy Hannath, she sold sweets etc., mostly, I believe, lollipop which was a long stick of something like hardened treacle. Any way we liked it but I should not like to try it today. I might have trouble with my dentures. Nancy had one son named Dick who was well known. She objected strongly to the Caistor Town Hall being built and said, ‘The Caistor folks will go townhalling and townhalling until they have nothing to go townhalling with’”.

Jessie Bryan writing in 1980 about the early part of the C20th says, “Where Miss Talbot is today lived Miss Jane Hannah, a maker of lollipops which she displayed in her window, generally with a cat sitting in as well.” 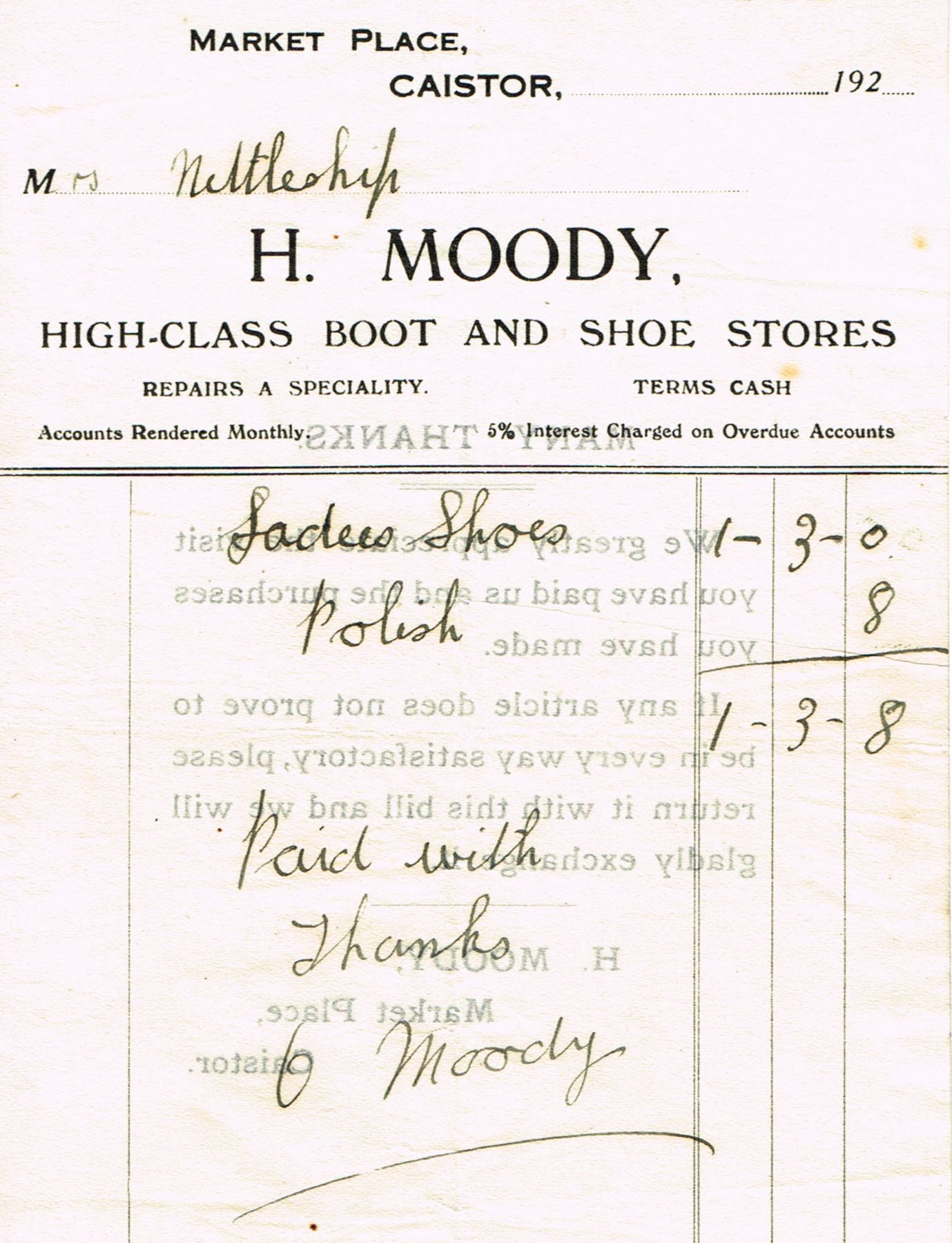 Rev David Saunders in Caistor Market Place published in 2012 “…. the Hannah family. I am not sure how much of the three storey premises they occupied, but probably they did not have the level that opened on to Cornhill. Certainly they had the shop on the ground level of the Market Place from at least 1841. There was Richard, described as a musician, with his wife Ann and daughter Jane.

Ann, also known as Nancy according to the reporter, was a Miss Hobey who joined a company of players as a dancer and actor. This company toured regularly in North LincolnshIre (Smedley’s and / or Abbott’s). The reporter stated that she befriended and fostered a young boy W. F. Wallet. This boy later became famous nationally as a jester, and was even called the Shakespearean or Queen’s Jester. The company used to perform in a barn at Caistor, later Johnson’s (carriage makers) showroom off the High Street. The Rev. Samuel Turner supported the performances and would buy £3 or £4 worth of tickets for his friends.

Eventually Ann retired with her memories, and when Richard died, set up as a confectioner. She died, aged 88, in 1872, and Jane carried on in the business, though there was mention of some dressmaking, and later she worked as a charwoman.

She (Jane) seems to have just scraped a living, but somehow managed to buy the house and shop in 1861. She came into the news in 1906 when Miss M. A. Marris died. She had been a servant for Miss Marris, but according to Mr. Lamb for two years had had no pay except a shilling (5p) at Christmas, and her food. Mr. Lamb also stated her period of service was not an enviable one, and she attended Miss Marris the night of her death (of blood poisoning). Jane was 84 and poor. Mr. Lamb had advanced her £2 on account of any claim she has. Incidentally Miss Marris died worth over $1,000,000 in our money.

Jane stayed on in her house (in the Market Place) until 1910, when her family took her to Louth. She was buried there early in 1911.

The house was dirty and neglected, and the local authority would not let it be used as a dwelling place again, according to Mr. Lamb. In 1913 a young woman offered to pay 1s and 9d a week rent for the shop only! Mrs. Bryan remembered buying lollipops from the old lady.

Later Mr. Reader .. Had it as a cobbler’s shop. He was followed by a Miss Talbot, who had a drapery. Caistor Loco occupies this shop in 2011.”

Betty Welton – Does anyone remember the cobbler, who had his shop,  where the Train shop is now? I just can,t remember his name, everyone used to go there for a natter, and the latest scandal…

Vanda Miller – Was it Mr Frankish Mum we used to pop in to see him on a Saturday when we went to Caistor. I used to love going in that shop and watching him mending shoes.

Mavis Nicholson – Cobby Frankish had a shop on the corner of the Market place next to a sweet shop, He had a small cobblers shop in Grasby near the church where people used to call in and have a natter with him,

Ivan Baker – Do you remember —Johnson having a cobbler’s shop next to Crompton’s but on the top side of the Market Place?